On December 26th, 2004, a massive 9.1 magnitude earthquake struck off the west coast of northern Sumatra, Indonesia. The third largest earthquake ever recorded lifted the sea floor several meters, causing tsunami waves to ripple out in all directions and race across the ocean. Banda Aceh bore the brunt of the waves just 15 to 20 minutes after the earthquake. Waves in some locations along the Sumatra coast were reported to be 30 meters high. Images from Landsat 5 show the coastline before and after the tsunami struck, revealing where vegetation was stripped from the land. Landsat provides rapid assessments of damage to land resources after natural disasters such as tsunamis, and continues to monitor recover years later. 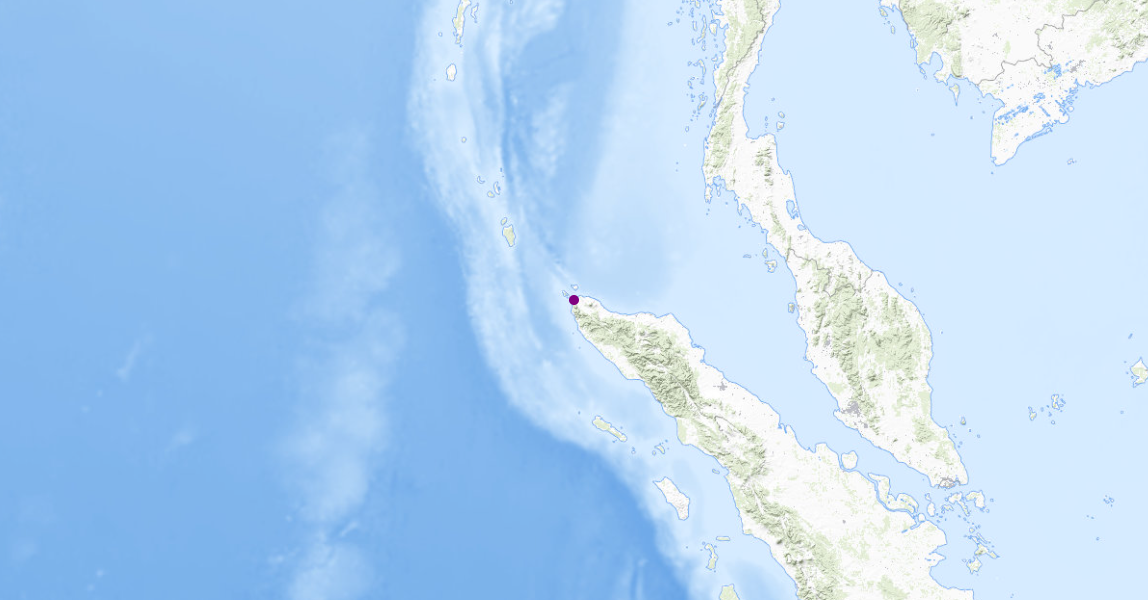