Monthly update of activity at Yellowstone Volcano for Jan 2022

This monthly update from the Yellowstone Volcano Observatory begins with a story.

Many would enjoy the adventure of a bicycle expedition to Yellowstone National Park. But imagine doing this before pavement, lightweight cycles, and modern camping equipment. In 1896, the Buffalo Soldiers, who made up the volunteer Bicycle Corps of the 25th Infantry Regiment, were up to the challenge.

Stationed in Missoula, Montana, the Bicycle Corps began their expedition on August 15 to Yellowstone National Park and Fort Yellowstone, a journey of over 300 miles that took just over 8 days. After two days of rest and reprovisioning at Fort Yellowstone, the Corps set out on a tour of the Park on August 25, stopping at Lower Geyser Basin, Upper Geyser Basin (where they observed Old Faithful, Giantess, and Castle Geysers all erupting at the same time), West Thumb, and the Grand Canyon of the Yellowstone and its waterfalls, returning to Mammoth Hot Springs on August 29. After two days of rest, the soldiers headed back to Fort Missoula, riding in on September 8—a total journey of nearly 800 miles.

The next time you drive—or cycle!—around Yellowstone National Park, think of the challenging conditions that faced the Buffalo Soldier bicyclists of the 25th Infantry Regiment.

No significant changes in ground deformation patterns were observed in data from continuous GPS stations. No deformation is apparent in a station near Norris Geyser Basin, and stations within Yellowstone Caldera continue to subside at an overall rate of 2-3 cm (1 in) per year. This subsidence has been ongoing since 2015. Heavy snowfall in mid-December resulted in anomalous signals at several stations in the region, but these signals disappeared by early January, once the snow had melted away from the GPS antennas.

Steamboat Geyser had one water eruption on January 23.

Photos used with permission from the Montana Historical Society. 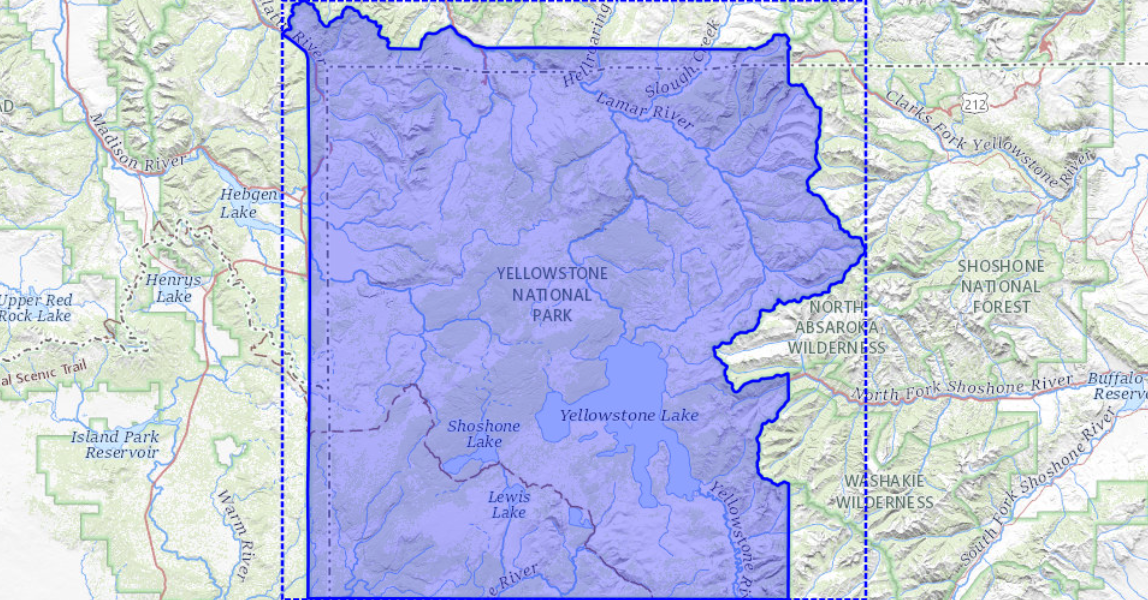