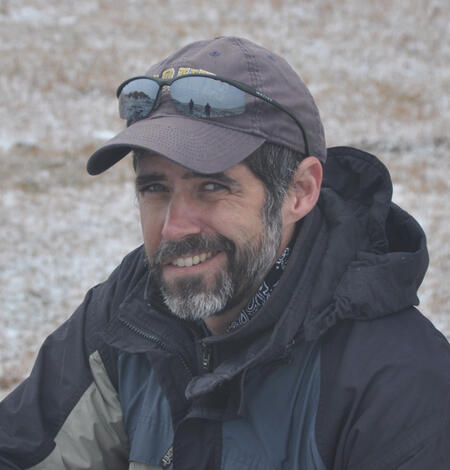 Mike's area of specialization is volcano geodesy, which emphasizes the surface deformation and gravity fields associated with volcanic activity.  This work involves the use of space-based technologies, like Interferometric Synthetic Aperture Radar (InSAR), as well as ground-based techniques, like microgravity surveys.  Mike has taken part in studies on a variety of volcanic systems in the United States, including Mount St. Helens and other volcanoes of the Pacific Northwest,  Kilauea and Mauna Loa volcanoes in Hawaii, and the Yellowstone caldera.  His recent work has focused on using gravity change over time to understand the character of the fluids that drive volcanic unrest, and also on the potential of satellite data to improve forecasts of future changes in volcanic activity.

A decade of geodetic change at Kīlauea’s summit—Observations, interpretations, and unanswered questions from studies of the 2008–2018 Halemaʻumaʻu eruption

The 2018 summit and flank eruption of Kīlauea Volcano was one of the largest volcanic events in Hawaiʻi in 200 years. Data suggest that a backup in the magma plumbing system at the long-lived Puʻu ʻŌʻō eruption site caused widespread pressurization in the volcano, driving magma into the lower flank. The eruption evolved, and its impact expanded, as a sequence of cascading events, allowing relative
By
Volcano Hazards, Volcano Science Center
May 16, 2020

Satellite data have been extensively used to identify volcanic behavior. However, the physical subsurface processes causing any individual manifestation of activity can be ambiguous. We propose a classification scheme for the cause of unrest that simultaneously considers three multiparameter satellite observations. The scheme is based on characteristics of the volcanic system (open, closed, and er
By
Volcano Hazards, Volcano Science Center, John Wesley Powell Center for Analysis and Synthesis
December 28, 2019

Post-collapse gravity increase at the summit of Kīlauea Volcano, Hawaiʻi

We conducted gravity surveys of the summit area of Kīlauea Volcano, Hawaiʻi, in November 2018 and March 2019, with the goal of determining whether there was any mass change at depth following the volcano's May–August 2018 caldera collapse. Surface deformation between the two surveys was minimal, but we measured a gravity increase (maximum 44 μGal) centered on the caldera that can be modeled as mas
By
Volcano Hazards, Volcano Science Center
December 6, 2019

Caldera-forming eruptions are among Earths most hazardous natural phenomena, yet the architecture of subcaldera magma reservoirs and the conditions that trigger collapse are poorly understood. Observations from the formation of a 0.8cubic kilometer basaltic caldera at Klauea Volcano in 2018 included the draining of an active lava lake, which provided a window into pressure decrease in the reservo
By
Volcano Hazards, Volcano Science Center
October 31, 2019

Partly cloudy with a chance of lava flows: Forecasting volcanic eruptions in the 21st century

A primary goal of volcanology is forecasting hazardous eruptive activity. Despite much progress over the last century, however, volcanoes still erupt with no detected precursors, lives and livelihoods are lost to eruptive activity, and forecasting the onsets of eruptions remains fraught with uncertainty. Long‐term forecasts are generally derived from the geological and historical records, from whi
By
Volcano Hazards, Volcano Science Center
August 16, 2019

The mobile south flank of Kīlauea Volcano hosts two normal fault systems, the Koa'e fault system (KFS) and the Hilina fault system (HFS). In historical time, at least three M>6.5 earthquakes have occurred on the basal detachment of the Kīlauea Volcano's south flank, with the most recent being the 4 May 2018 M6.9 earthquake. Here we analyze kinematic Global Positioning System data collected from 20
By
Volcano Hazards, Volcano Science Center
July 29, 2019

Don Swanson has profoundly influenced generations of volcanologists and has made major contributions to our understanding of both silicic and basaltic volcanic systems. He provides an exceptional example of how a gifted scientist can develop entirely new paradigms related to large-scale problems on the basis of decades of study, as exemplified by his work on the emplacement of flood basalts, monit
By
Volcano Hazards, Volcano Science Center
June 20, 2019

After 53 years of quiescence, Mount Agung awoke in August 2017, with intense seismicity, measurable ground deformation, and thermal anomalies in the summit crater. Although the seismic unrest peaked in late September and early October, the volcano did not start erupting until 21 November. The most intense explosive eruptions with accompanying rapid lava effusion occurred between 25 and 29 November
By
Volcano Hazards, Volcano Science Center
June 19, 2019

Kīlauea Volcano is underlain by a complex, laterally-extensive magmatic plumbing system. Although in recent decades it has mainly erupted through vents along the middle East Rift Zone and summit caldera, eruptions can occur anywhere along its two laterally extensive rift zones, as demonstrated by the dramatic eruptive activity of 2018. Forecasting eruptive activity requires an understanding of whe
By
Volcano Hazards, Volcano Science Center
April 1, 2019

Microgravity time series at active volcanoes can provide an indication of mass change related to subsurface magmatic processes, but uncertainty is often introduced by hydrologic variations and other noise sources that cannot easily be isolated. We empirically assessed seasonality and noise by conducting four surveys over the course of May-October 2017 at Yellowstone caldera, Wyoming. Yellowstone
By
Volcano Hazards, Volcano Science Center
link

A vast number of the world’s volcanoes are unmonitored by ground-based sensors, yet constitute an important hazard to nearby residents and infrastructure, as well as air travel and the global economy. Satellite data provide a cost-effective means of tracking activity at such volcanoes. Unfortunately, satellite acquisitions are not optimized for application to volcano hazards, in part because cle
By
John Wesley Powell Center for Analysis and Synthesis
link
June 29, 2016

A vast number of the world’s volcanoes are unmonitored by ground-based sensors, yet constitute an important hazard to nearby residents and infrastructure, as well as air travel and the global economy. Satellite data provide a cost-effective means of tracking activity at such volcanoes. Unfortunately, satellite acquisitions are not optimized for application to volcano hazards, in part because cle
Learn More
December 29, 2020

These data are microgravity measurements collected in Yellowstone National Park. Data are collected suing multiple instruments, which each data file representing measurements from a specific instrument during a specific time period. The data dictionary explains the file format and contents, and the dataset will be updated as new data are collected.
By
Volcano Hazards
Filter Total Items: 37
link
September 5, 2021

Just south of Mammoth Hot Springs, near the north entrance of Yellowstone National Park, lies a jumble of white/gray rock known as the Hoodoos or...

Yellowstone is not the only large caldera system in the world.  Indeed, caldera systems can be found all over the planet!  In New Zealand, the Taupō...

The day that Porkchop Geyser exploded

Small hydrothermal explosions—steam blasts—are common at Yellowstone, occurring every year or two.  Most happen in the backcountry and are not...

Visitors to Mammoth Hot Springs in Yellowstone National Park might have noticed an odd geological feature near the top of Mount Everts—an unconformity...

For half the year, Yellowstone is largely inaccessible to geologists, buried under snow and ice and subject to fierce storms.  By May, however...

Interested in knowing more about Yellowstone geyser, seismic and deformation activity in 2020?  And the results of research conducted by the...

Just how long has the Yellowstone Hotspot been around?

The Yellowstone hotspot—the source of heat that powers Yellowstone’s vast volcanic system—has long been thought to have initiated about 17 million...

The Yellowstone Volcano Observatory year in review—what happened in 2020?

Although 2020 may not have been a great year for many of us, it was a pretty interesting year in Yellowstone.  With this first Yellowstone Caldera...

Thanks to technology like GPS (Global Positioning System), scientists know that the ground at Yellowstone moves up and down at a rate of a few...

The story of a Yellowstone icon: Old Faithful Geyser

Old Faithful is the most famous geyser in the world, but who named the iconic feature?  And how does the current frequency of its eruptions compare to...

The geology of a Yellowstone jewel: Hayden Valley

Hayden Valley is a gorgeous expanse of grassland and meadows located right in the center of Yellowstone National Park.  It is a haven for wildlife and...