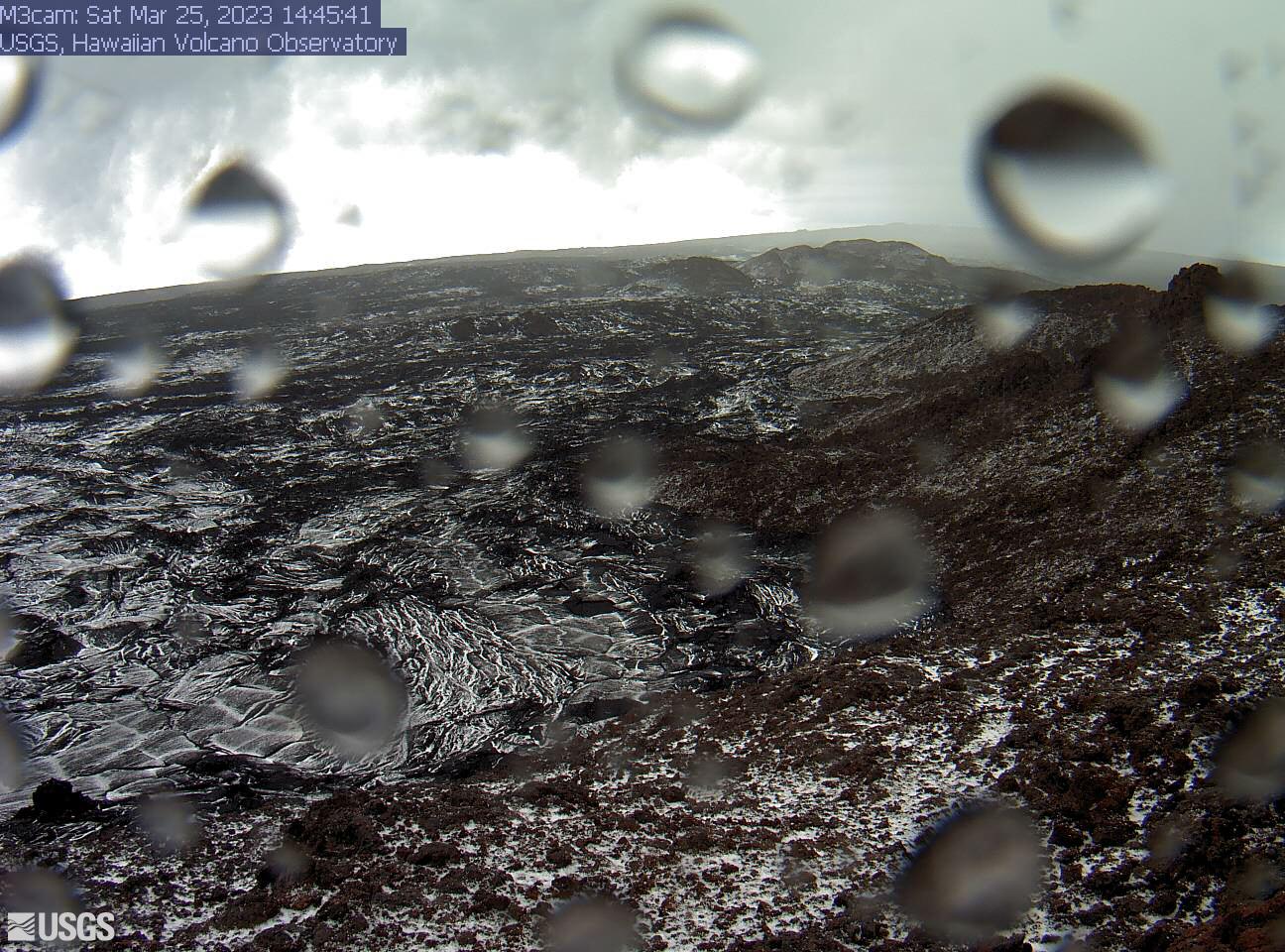 This image is from a research camera positioned on a cone in Mauna Loa's Southwest Rift Zone in Hawaiʻi Volcanoes National Park. The camera looks northeast (upslope), focusing on the upper part of the Southwest Rift Zone. The upper flank of Mauna Loa forms the skyline.