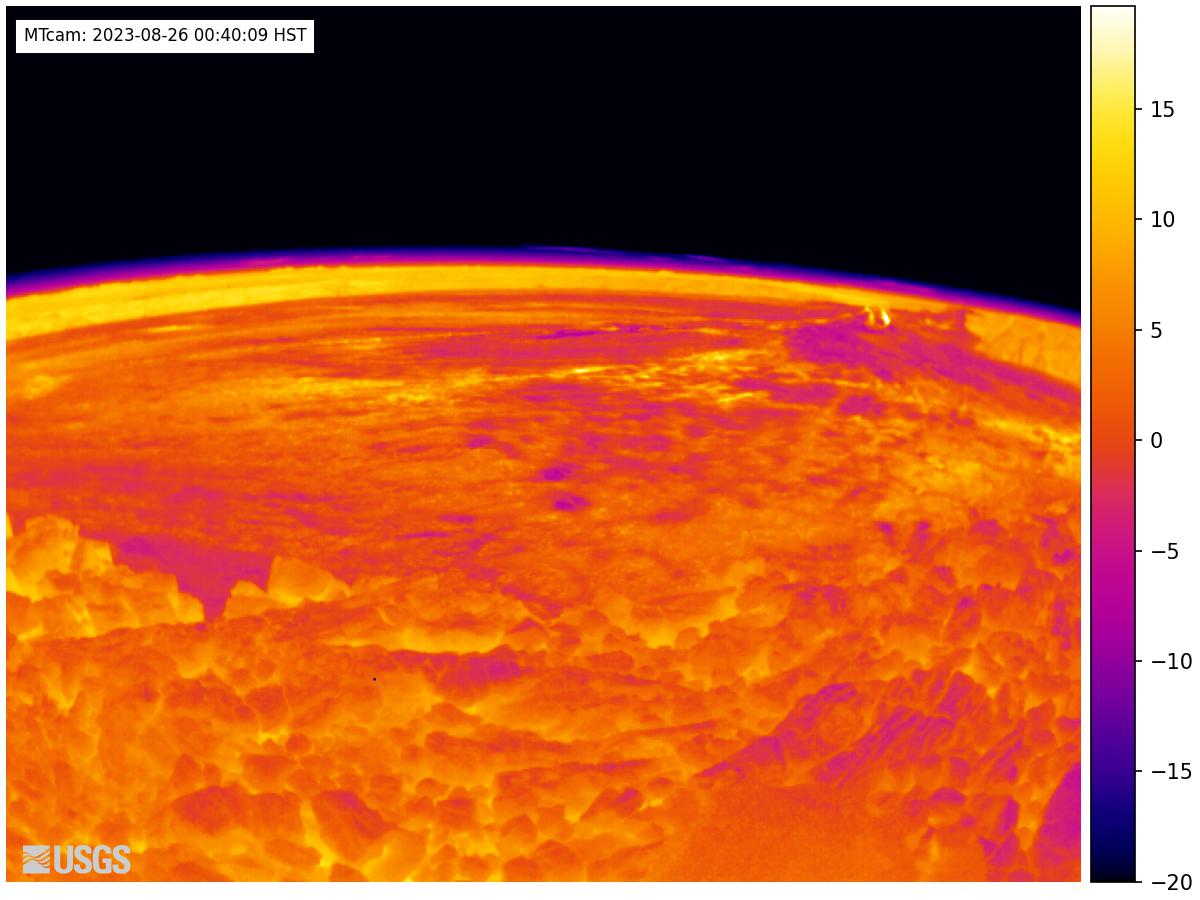 This image is from a temporary thermal camera located on the north rim of Mauna Loa's summit caldera. The temperature scale is in degrees Celsius up to a maximum of 500 degrees (932 degrees Fahrenheit) for this camera model, and scales automatically based on the maximum and minimum temperatures on the caldera floor and not the whole frame, which sometimes results in the rim (bottom of image) looking saturated (white). Thick fume, image pixel size and other factors often result in image temperatures being lower than actual surface temperatures.