Volker Radeloff works in the remote sensing realm of calamity.

Where there’s been war, government collapse, even massive natural and man-made disasters, Radeloff peers through aerial and satellite imagery and documents the socioeconomic aftershocks that typically follow such widescale upheaval to landscapes and land uses.

Doing exactly that, remotely sensed time series showed him where forests have replaced abandoned farm fields in northern Russia after the collapse of the Soviet Union. Where grasses flourished among the unexploded landmines that still dot the border between Armenia and Azerbaijan. Where ghost lands in the Exclusion Zone surrounding Chernobyl teemed with forests and abundant biodiversity, even in the absence of humanity.

Such views of both the past and present enable this Wildlife Ecology professor at the University of Wisconsin-Madison to project how future calamities may alter land cover and land uses.

“All this is very useful because it helps us to understand maybe less of what happens after a power plant explodes, heaven forbid, but more of what happens during times of socioeconomic shocks like this,” Radeloff said. “When there are big recessions, or revolutions of any sort that happen more often ... we can then make better predictions on how land use change and carbon sequestration and so forth may play out in the future because of these events.”

Landsat is important in that research; in fact, Radeloff is a member of the Landsat Science Team. But he has another invaluable resource in his toolbox—thousands of declassified spy satellite images that populate the film archive at the Earth Resources Observation and Science (EROS) Center near Sioux Falls, SD.

More than 900,000 such images that are now declassified were acquired by U.S. intelligence satellites with codenames like CORONA, ARGON and LANYARD between 1960 and 1984. Formally endorsed by President Dwight D. Eisenhower, CORONA, for example, operated during the height of the Cold War, collecting hundreds of thousands of images over denied areas of eastern Europe and Asia.

Using a telescopic camera system to capture its photographs, CORONA loaded exposed film into recovery capsules and ejected them to be collected in mid-air by passing aircraft. The original film and technical mission-related documents were declassified in 1995 and are maintained today by the National Archives and Records Administration. EROS has duplicate film sources that the remote-sensing community can access.

Radeloff said his interest in CORONA imagery was piqued after seeing documentaries about the program. He thought it potentially useful for work he was doing in Eastern Europe, where he was looking at such things as the abandonment of agriculture and its environmental consequences, as well as the effectiveness of protected areas, after the end of World War II and, later, the collapse of the Soviet Union.

“Just given that work, I knew having imagery from the Sixties would be really important,” he said. “I knew we could order (CORONA images) through the National Archives. When they started ordering more, he added, they learned EROS had a copy of convenience as well, and that scanning could be done at the Center.

During a June 2019 Landsat Science Team meeting at EROS, Radeloff actually got to see the scanning operation at the Center and view the archives. “It’s very impressive,” he said. “It’s immense, and it is so neatly organized. Clearly, the film is in good hands there.”

Because it can track the metrics of distribution, EROS knows there is interest in the declass data “from various scientists doing temporal data due to the time frame that the data collections cover, and also the available resolution,” said Ryan Longhenry, the Data Management and Information Delivery Project Manager at EROS.

That certainly explains his interest, Radeloff agreed. Though CORONA images are black-and-white, “they are very high resolution, about two meters (six feet) resolution, so we can see a lot of detail on where houses are, where farm fields are, and the land use pattern in that era,” he said. “And that is important because when the Landsat imagery kicks into play, it was already the end of the Soviet Union, and things had started to change in the mid-Eighties or so. With the 1970s data, we captured the peak of the Soviet era.”

When the reconnaissance imagery was released to the public in February 1995, then Vice President Al Gore noted that the spy satellites had given the U.S. confidence in pursuing arms control agreements with Soviet Russia that eventually led to dramatic decreases in the number of nuclear weapons and their delivery systems. But Gore also recognized that CORONA captured an environmental history of Earth as well, one that pre-dated future Earth observing satellites by at least a decade.

The significance of that is not lost on Radeloff.

CORONA has enabled him to study the highly strategic Caucasus Mountain region between Turkey, which is a NATO member, and Soviet Russia. How land use there has changed from the 1970s to the collapse of the Soviet Union. How wars that erupted after the strong hand of Moscow went away affected land use, Radeloff said.

After the Soviet Union collapsed in 1991, the Gross Domestic Product of the Soviet Union/Russia was cut in half. The resulting socioeconomic shock and land abandonment that followed are there in remotely sensed images, Radeloff said. “It’s pretty obvious, when you have a lot of conflict in an area, farmers are not so likely to put seeds in the ground,” he said.

Radeloff finds it equally interesting that the socioeconomic shock and land abandonment in the Ukraine that followed the collapse of the Soviet Union in 1991 was just as severe as the impact caused by the Chernobyl accident.

“The rates of abandonment were the same outside the Exclusion Zone after 1991,” he said. “It was that extreme.”

That kind of information can be projected onto future land cover and land use change for cataclysmic political and disaster events yet to happen across the planet, Radeloff said. And the spy satellite images archived at EROS can play a similarly important role in informing those projections, he added.

If there is one potential barrier to that possibility, it’s the fact that declassified images now cost $30 a scan, Radeloff said. While he doesn’t find that to be exorbitant, it could be a barrier for funded projects that would have to absorb that cost, he said.

“My secret hope is at some point, the USGS will do with the CORONA data what was done with Landsat data ... scan the entire archive and make it freely available,” Radeloff said. “I think that would change how the community is using it.”

He could be right, Longhenry said. For now, however, there is cost and labor required to digitize all that imagery. Declass involves very large collections. Images are scanned at high resolution to capture all the information contained within the film. On top of that, each frame of imagery requires two or more separate scans, which decreases EROS’ capability to scan entire rolls systematically, Longhenry said.

“That being said,” he added, “there are potential activities happening in NGA (the National Geospatial-Intelligence Agency) that may make access to all the declassified data a reality in the next five-eight years.” 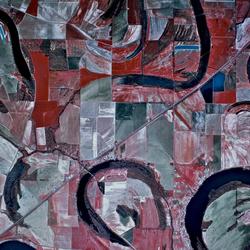 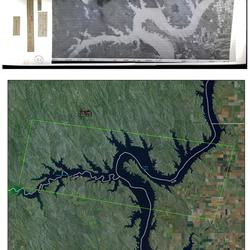 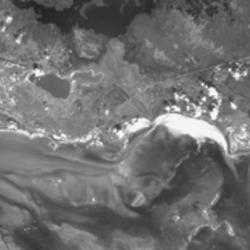 A collection of declassified military intelligence photographs from the CORONA, ARGON, and LANYARD satellite systems in digital format. (1960 to 1972)
By
Earth Resources Observation and Science (EROS) Center
link
July 13, 2018

A collection of declassified military intelligence photographs from the CORONA, ARGON, and LANYARD satellite systems in digital format. (1960 to 1972)
Learn More
link 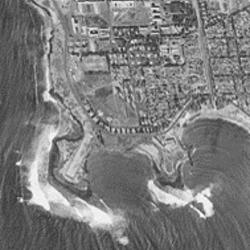