The ground under your feet is like a great history book. Looking at it can reveal ancient stories that include dinosaurs, volcanic eruptions, and clues to the formation of oil and gas and enchanted lands.

The ground under your feet is like a great history book. Looking at it can reveal ancient stories that include dinosaurs, volcanic eruptions, and clues to the formation of oil and gas and enchanted lands. 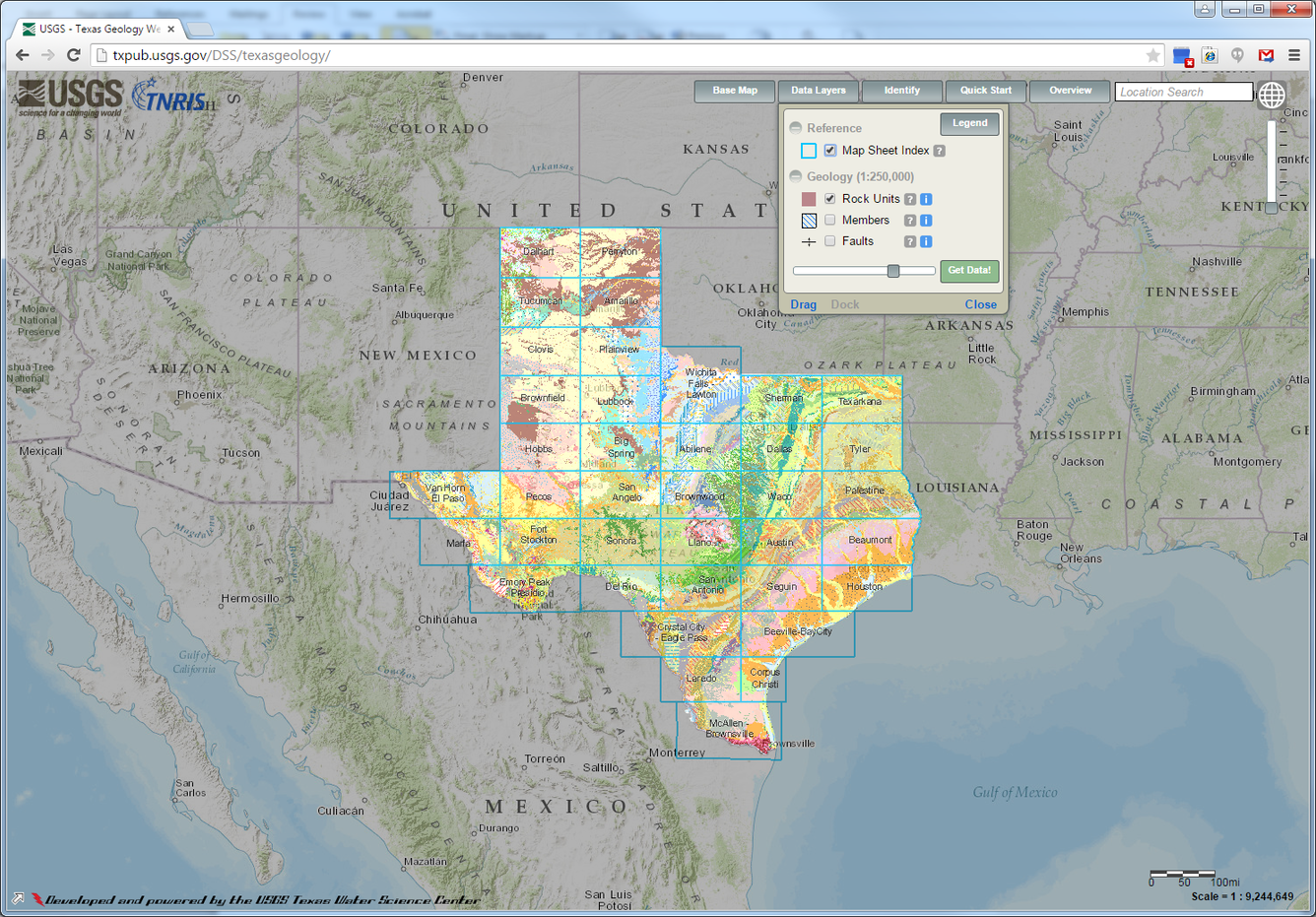 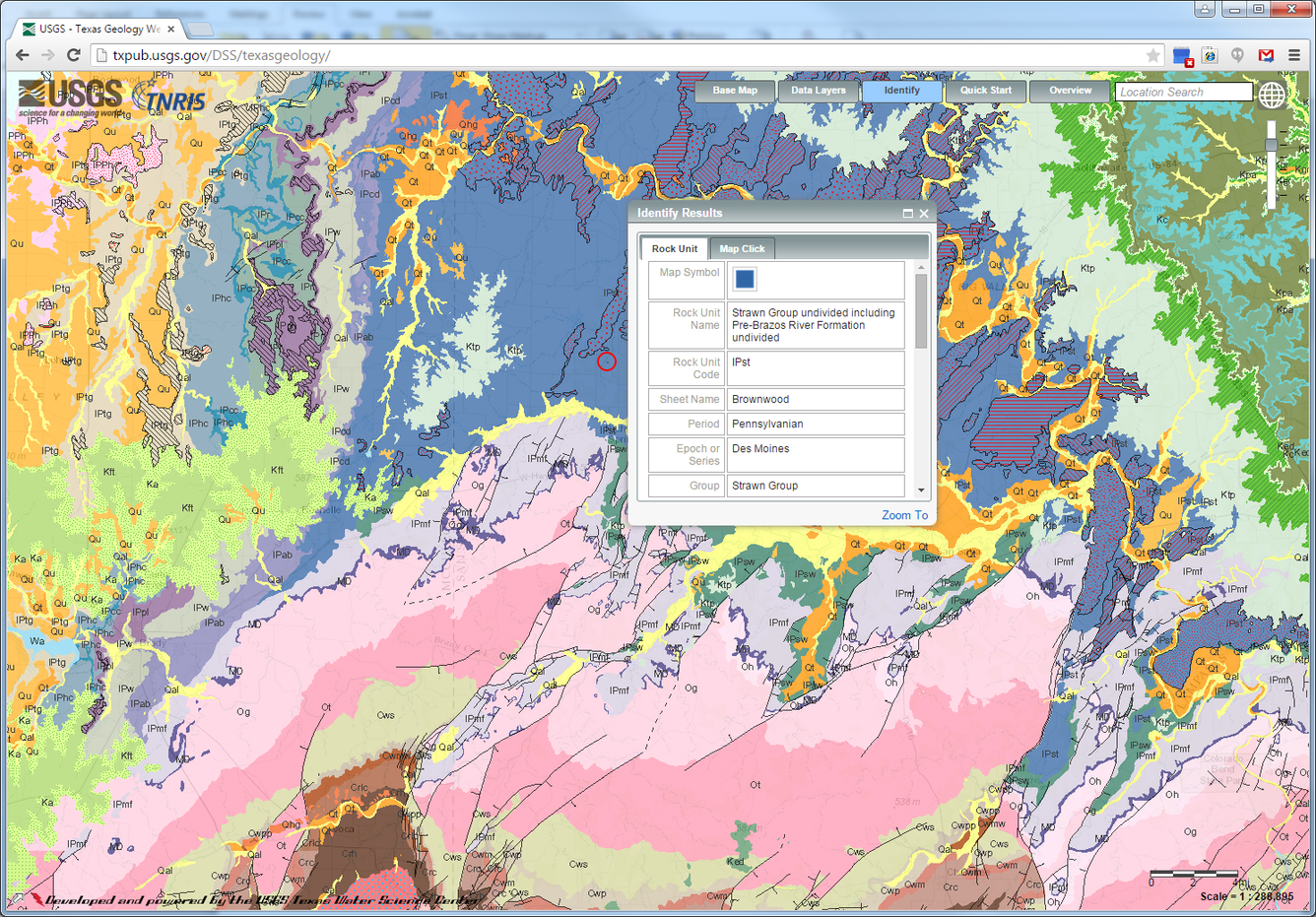 A new interactive map viewer displaying the geology of Texas will help you explore what’s underfoot across the Lone Star State!

The new Texas Geology Web Map Viewer is an interactive web-based tool that allows a broad range of users to explore the geology of the state at a scale of 1:250,000. Users can navigate the map with a simple click-and-point tool, or by using the location search tool to find common geographic place names, latitude/longitude coordinates, and other areas of interest. The interactive map viewer allows users to turn data layers on or off, identify layers of interest, and retrieve detailed information about each geologic formation, such as the feature name, geologic age, and feature description. The new viewer is available online.

Be the Explorer! Can You Find It?

Figure out the answers using the new map viewer. Short on time? Answers below.

Igneous rocks (both volcanic and intrusive) can be found in the Davis Mountains, Chinati Mountains, Big Bend National Park, and other places. 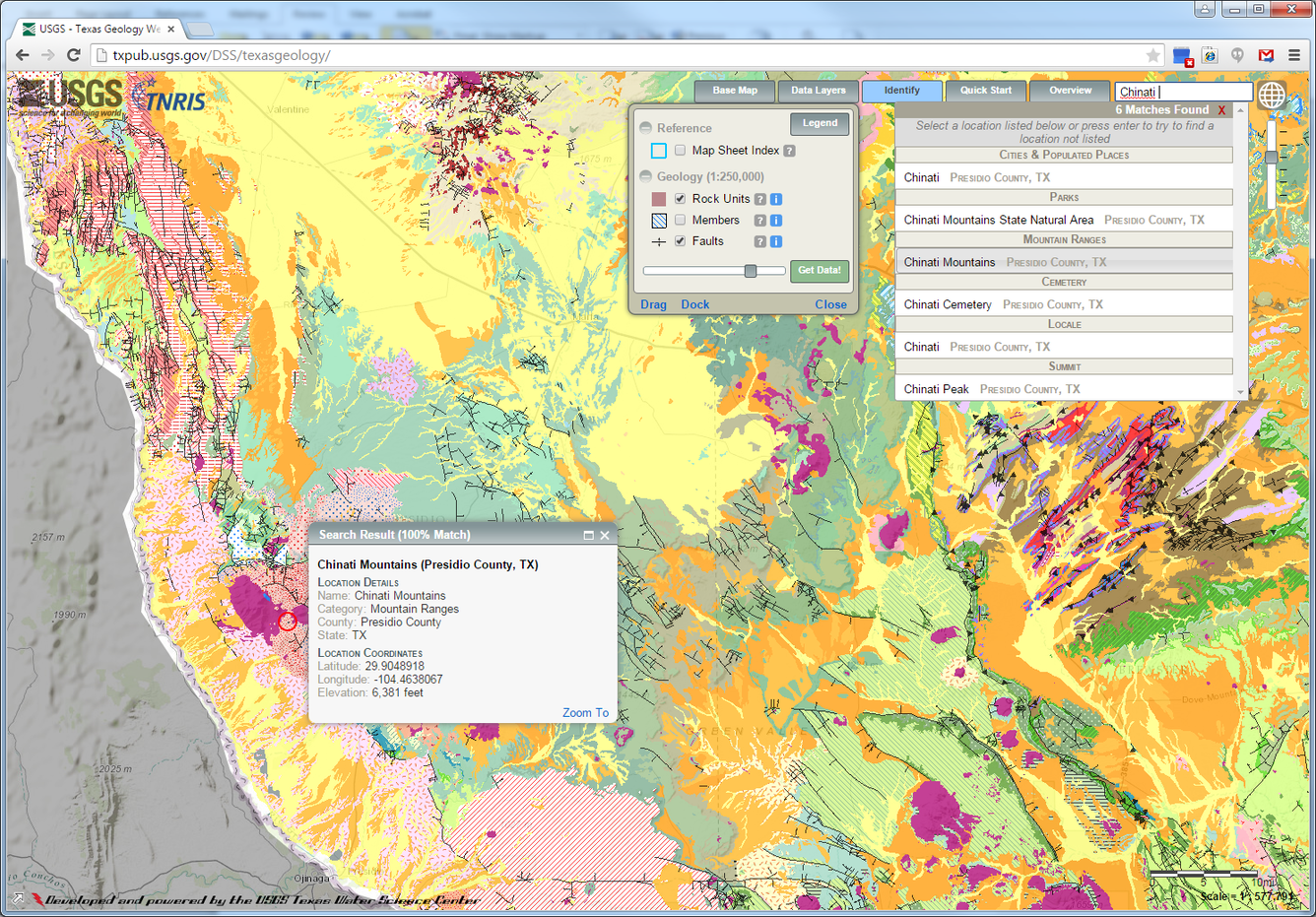 Can you see where dinosaurs roamed near ancient seas? Zoom into the green-colored units, which are mostly from the Cretaceous period (which was about 65 – 145 million years ago). Some of these formations are also quarried for construction materials, such as cement, limestone and building stone. Some of the Cretaceous formations that contain dinosaur fossils or footprints are Twin Mountain, Glen Rose, Paluxy, Paw Paw, Woodbine, Austin Chalk, Taylor Marl, and Eagle Ford. 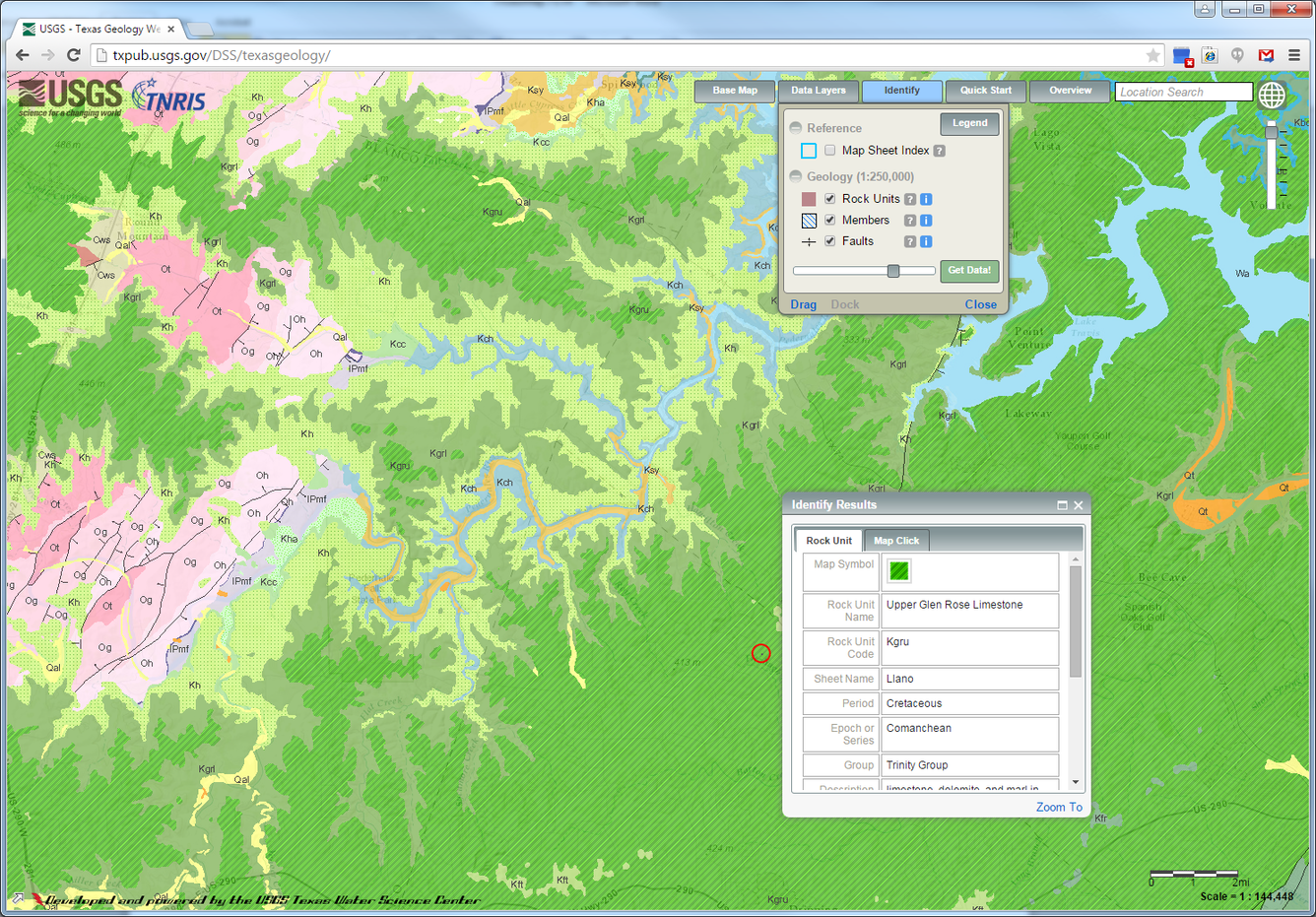 What is the rock unit name for the stone that makes up Enchanted Rock? This granite formation, known as Town Mountain Granite, is used as a building stone to make products such as granite counter tops. The Texas State Capitol building is made of rocks from this formation. These are the oldest rocks you’ll find exposed at the land surface in Texas. 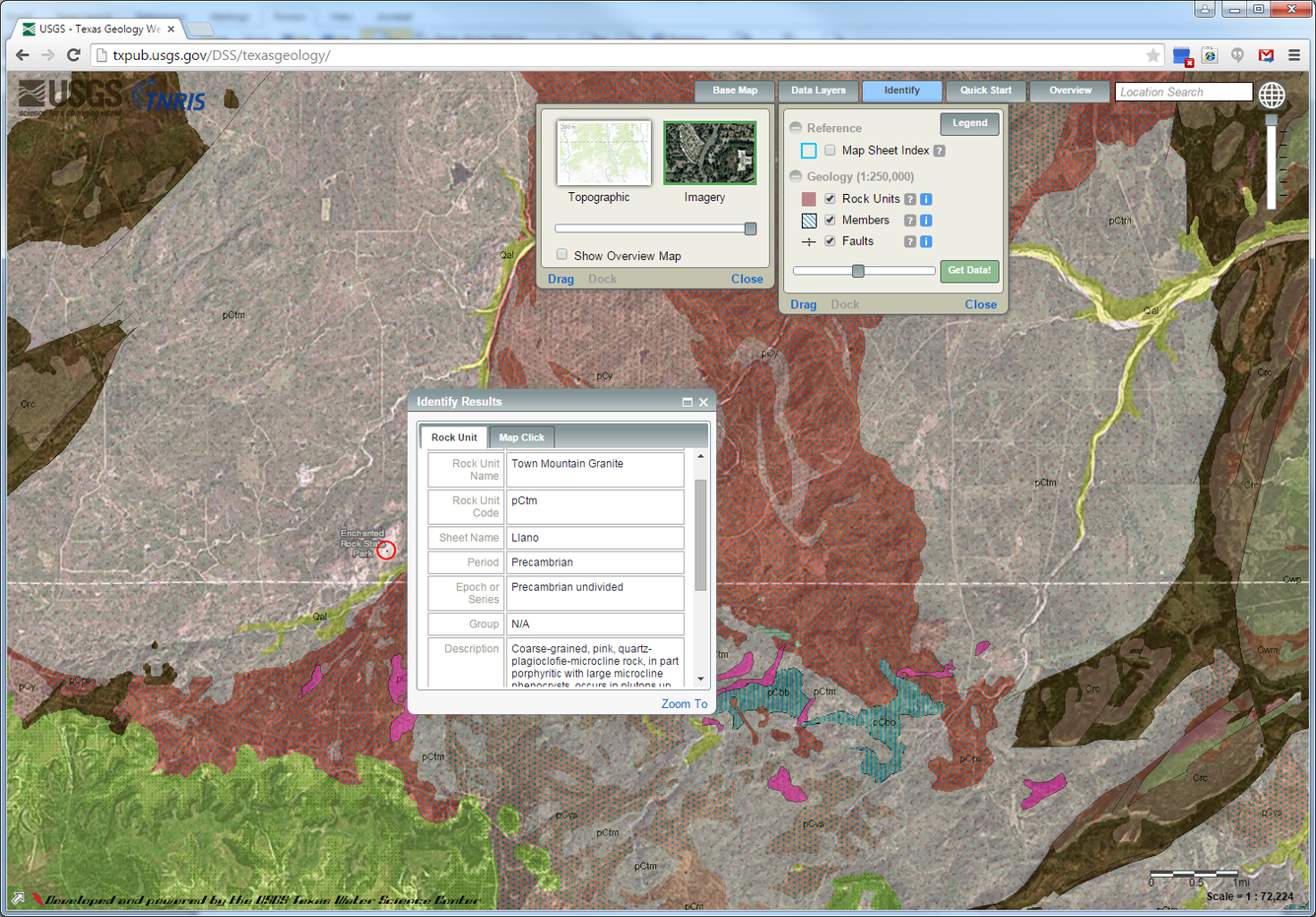 Deep underground, the Eagle Ford formation is being tapped for unconventional oil and gas and is one of the largest producing formations in the United States. Surprisingly, a lot of this formation isn't found at the land surface, and the parts located on the surface are not particularly close to the oil and gas activities that occur in the deeply buried portion of the formation. 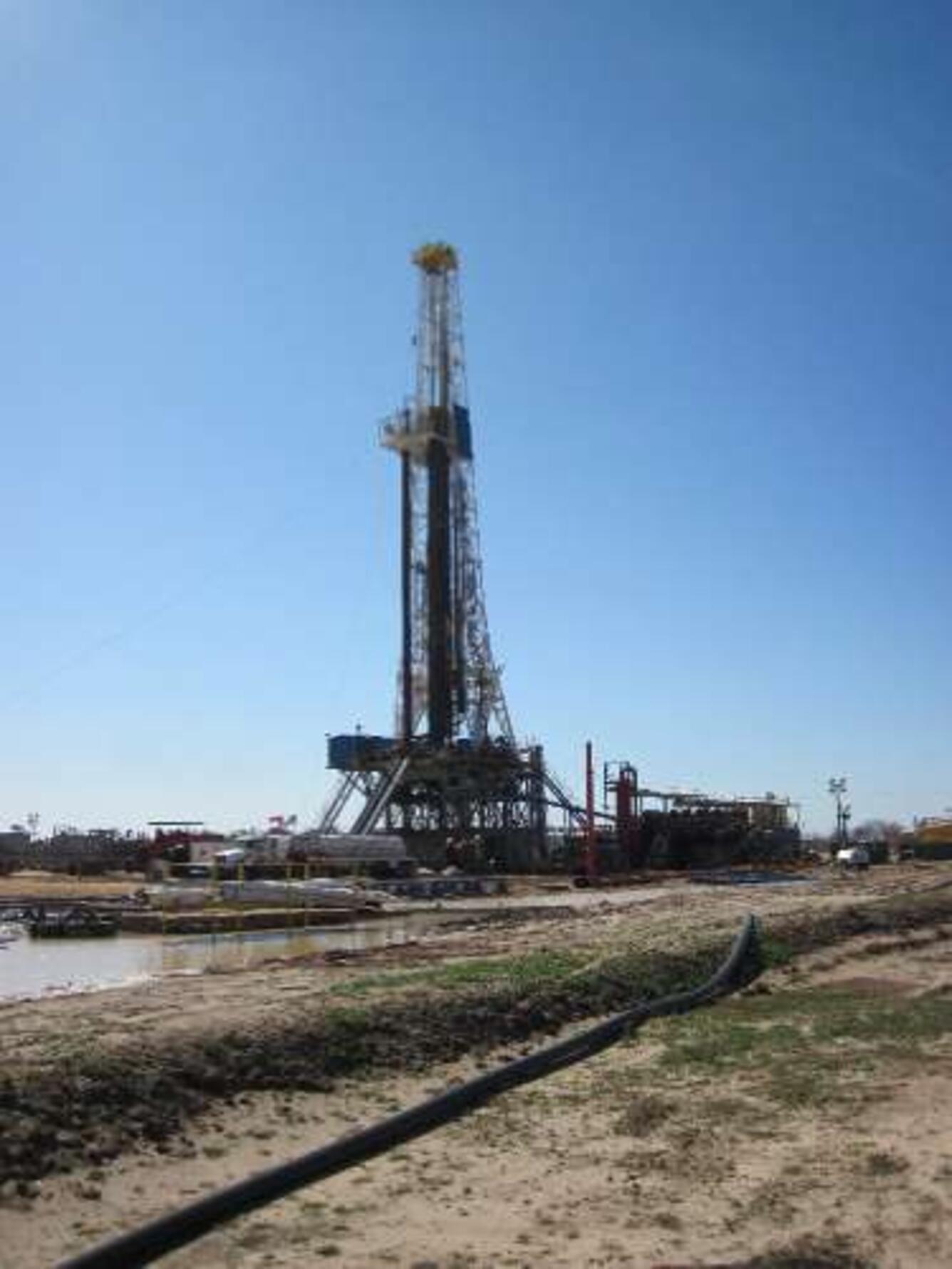 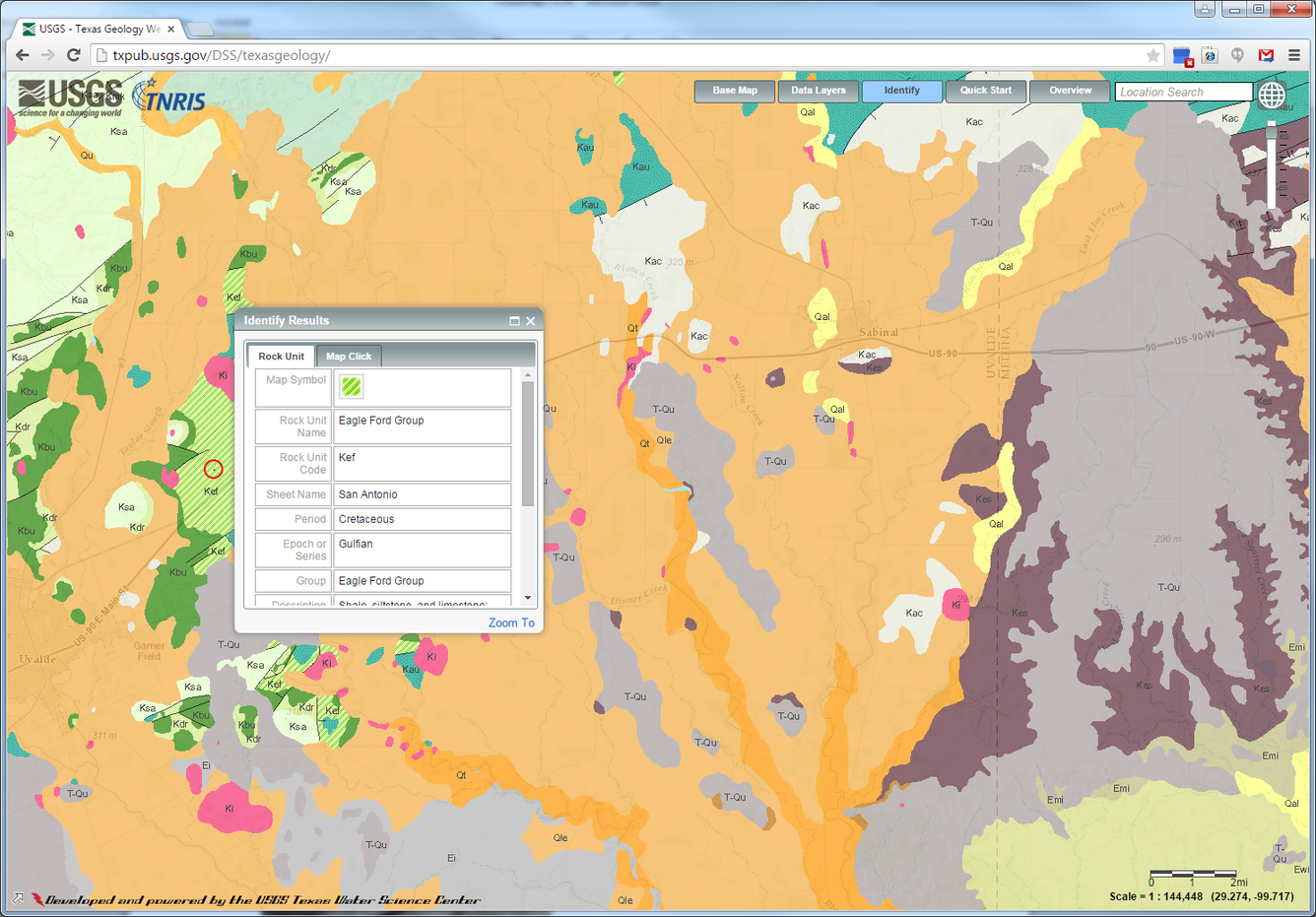 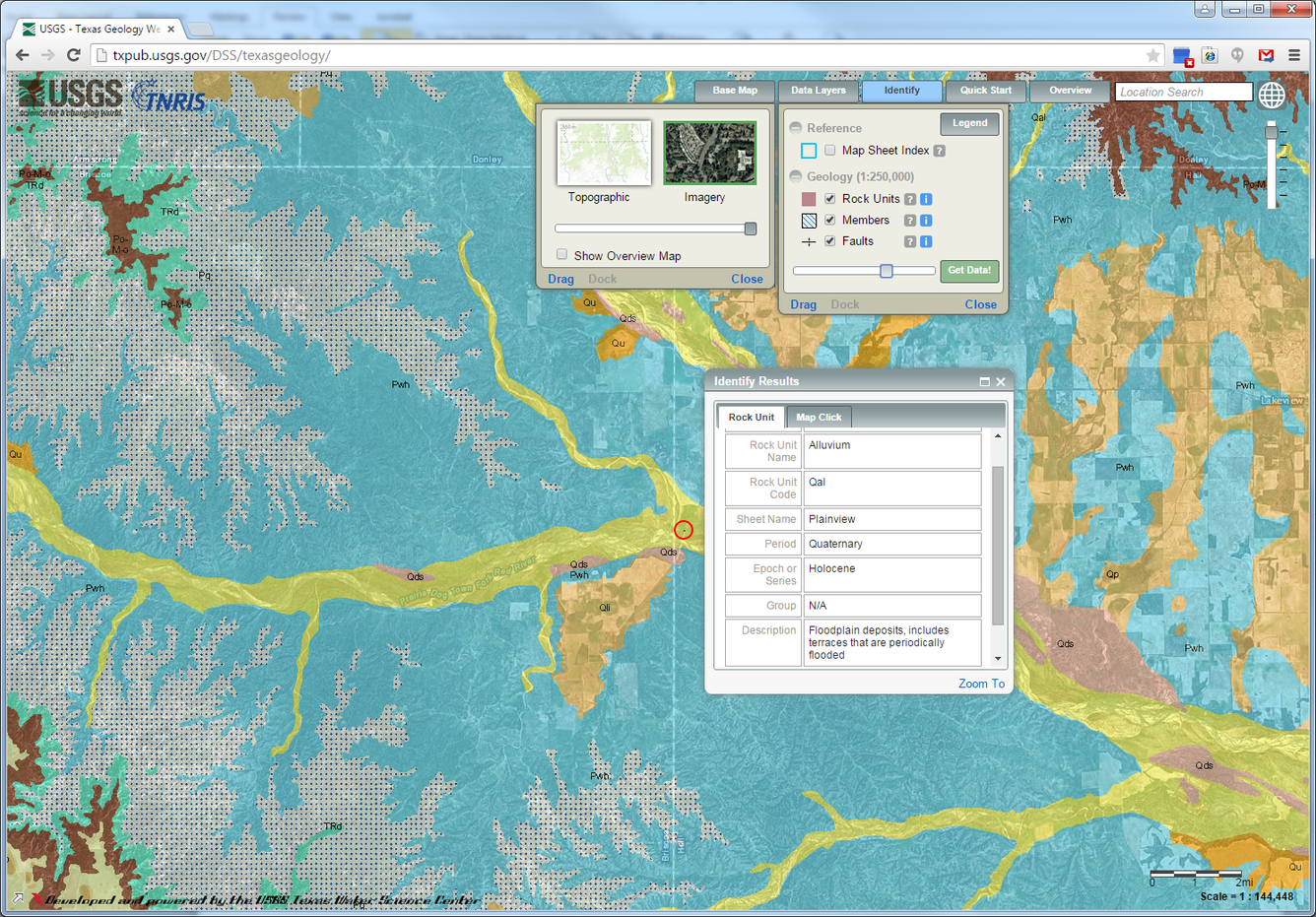 A Map that Brings it all Together

The Texas Geology Web Map Viewer is the third generation in this series of Texas geologic mapping products, which is intended to provide data to a broad range of users interested in exploring the geology of the State of Texas.

Understanding the geology of Texas contributes to better knowledge of the economic and natural resources of the state. The first systematic geological surveys conducted in Texas by USGS Geologist Robert T. Hill (2nd from left in photo), later nicknamed the Father of Texas Geology, provided a foundation for geologic mapping in Texas.

In October 2002, the USGS Texas Water Science Center, in cooperation with the Texas Natural Resources Information System, embarked on a project to digitize all 38 Geologic Atlas of Texas hardcopy map sheets and compile them into a single, stand-alone database. Completed in 2007, the project resulted in a rich, digital dataset containing more than 145,000 geologic features in Texas and portions of neighboring states.

The University of Texas – Bureau of Economic Geology began compiling the Geologic Atlas of Texas in 1961, and the last hardcopy map sheet was published in 1987.

Learn more about the process of putting this map together by visiting the project website. 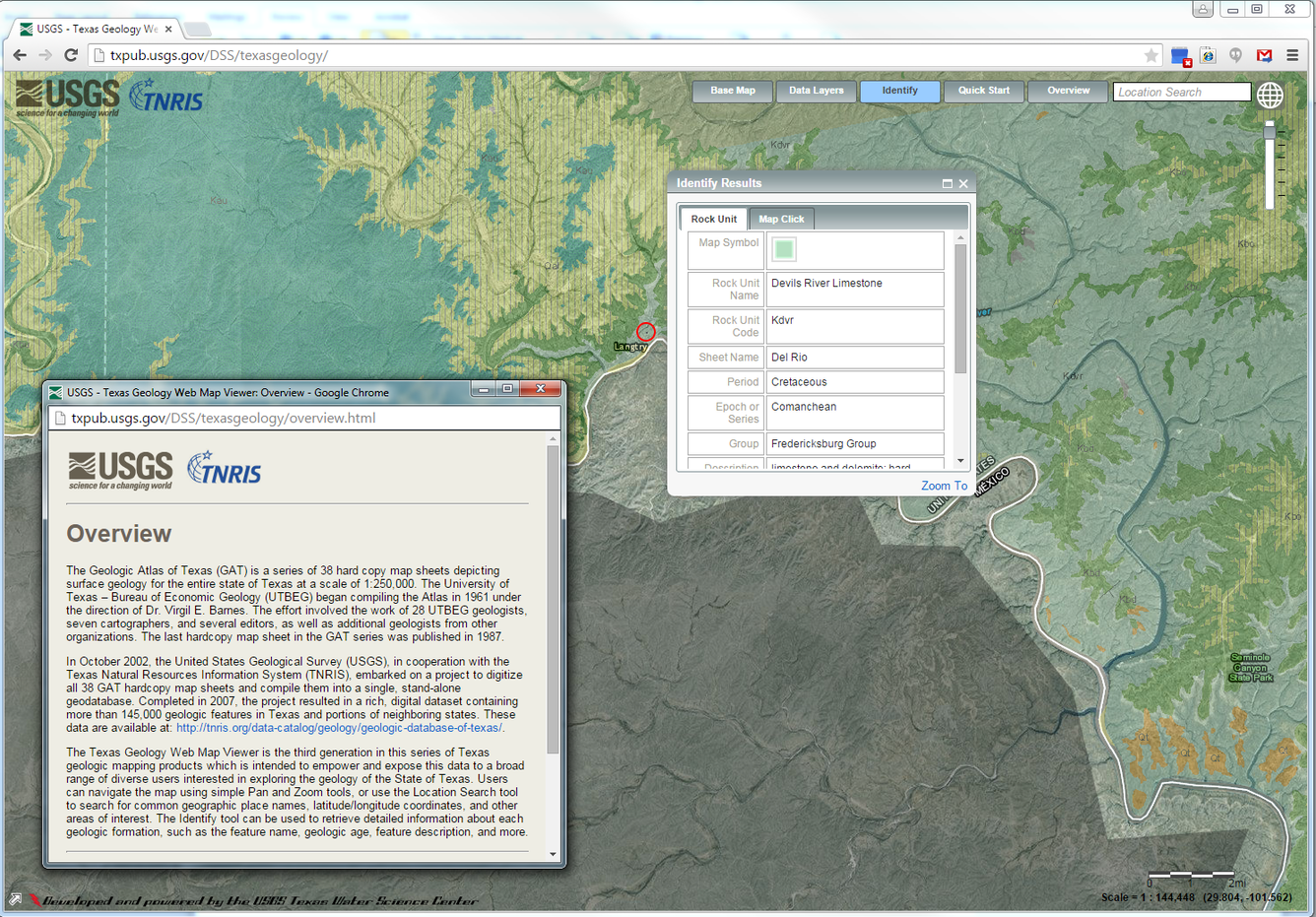