"Through the WaterSMART initiative and the National Water-Quality Assessment Program, the Department of Interior is working to secure sustainable water supplies of sufficient quantity and quality and to identify measures needed to address climate change and future demands," said Jennifer Gimbel, Principal Deputy Assistant Secretary of the U.S. Department of the Interior. “The integrated work that USGS is doing to map groundwater availability, groundwater quality, and the potential for contamination will give us the information we need to understand natural and human effects on groundwater and to take the actions needed to protect this vital natural resource.”


The recently completed national summary report of the quality of the Nation’s groundwater is now available online. Nine associated reports (USGS circulars) detail regional-scale assessments of groundwater quality in about 30 of the most heavily used principal aquifers across the United States.

A deep look at an unseen resource

Over the last two decades, USGS scientists have assessed water quality in source (untreated) water from 6,600 wells in extensive regional aquifers that supply most of the groundwater pumped for the Nation’s drinking water, irrigation, and other uses. This comprehensive sampling, along with detailed information on geology, hydrology, geochemistry, and chemical and water use, can be used to explain how and why aquifer vulnerability to contamination varies across the Nation.

Concentrations of dissolved solids, chloride, and nitrate, indicators of human influence on groundwater quality, increased from the 1990s to 2010 in shallow groundwater in many parts of the Nation. Similar changes are likely to occur in deeper parts of some aquifers in the future as the shallow water moves downward. Groundwater in permeable, unconfined aquifers, such as the Central Valley aquifer system in California, is especially vulnerable to contamination. 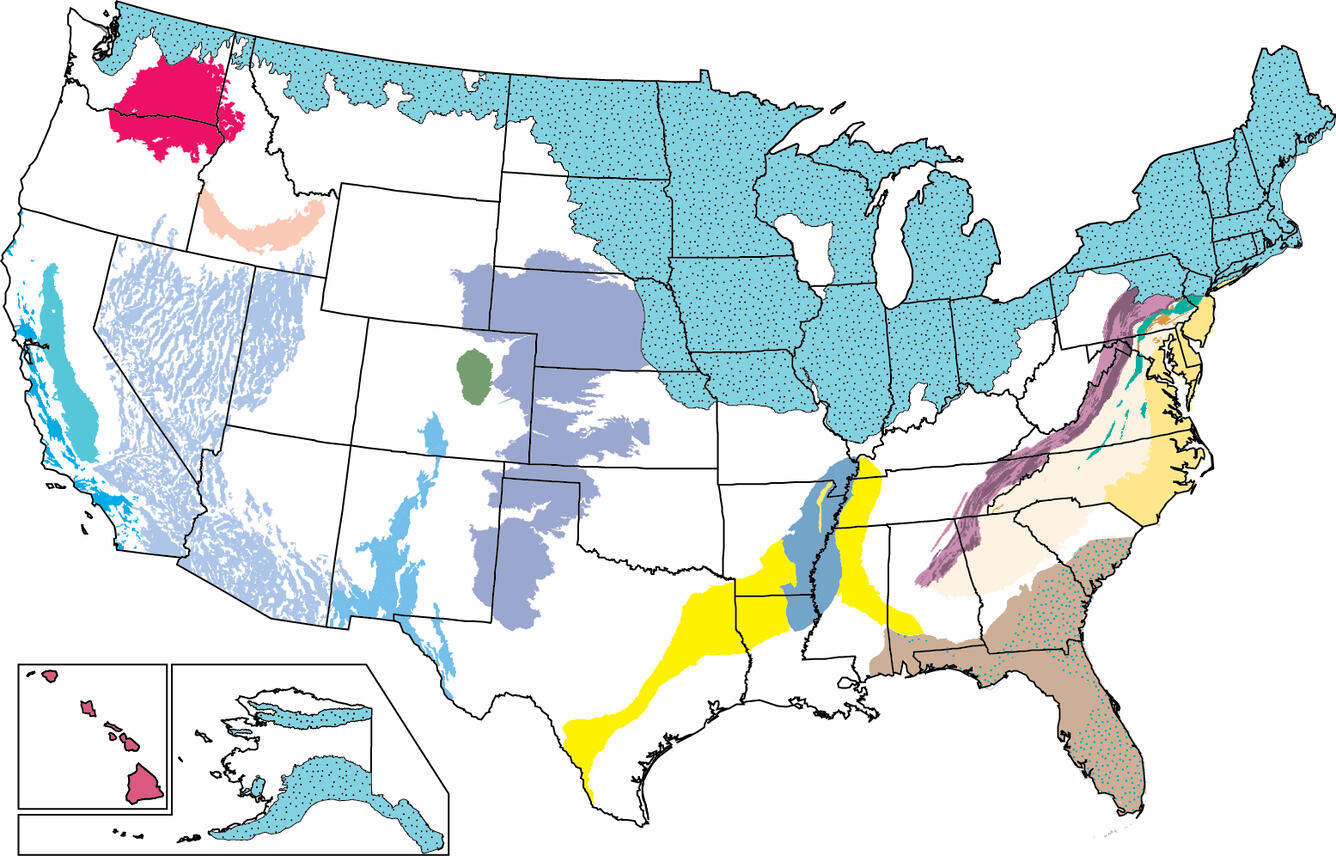 In-depth, regional-scale assessments of groundwater quality focus on about 30 of the most heavily used Principal Aquifers in the Nation.  Groundwater quality in these aquifers—and the factors that affect it—is described in nine new U.S. Geological Survey circulars.

Over the next decade, about 2,300 shallow wells and 1,400 deep public-supply wells will be sampled for a broad range of water-quality constituents as the National Water-Quality Assessment Program continues to address the three central questions:

1. What is the quality of the Nation’s groundwater,

2. Is it getting better or worse, and

3. What factors affect the quality of this vital resource.

In the future, USGS-led national and regional scale modeling will provide a three-dimensional perspective of the quality of the Nation’s groundwater that can be used to inform management decisions.

Regional reports (nine) on principal aquifers of the U.S.