The Exploration of Yellowstone

The isolated and rugged Yellowstone region remained a “hole” in the map of North America until the 1870s.  Indigenous North Americans knew the area well, but it was one of the last places on the continent to be explored by Euro-Americans.

Indigenous North Americans have long known of the wonders of Yellowstone.  Archeological evidence shows that humans have been in the region for at least 11,000 years.  Tools made from material quarried from Yellowstone’s Obsidian Cliff have been found as far east as Ohio and Ontario, and many tribes, like the Kiowa and Shoshone, have origin myths centered on Yellowstone.  But it was only in the 1800s that the first Euro-Americans visited the area.

William Clark passed by the area in 1806 during the Corps of Discovery’s return to St. Louis from the Pacific Northwest.  He and Merriweather Lewis split the group to explore more of the region, and Clark’s route took him through present-day Livingston and to the Yellowstone River, but he did not explore south to the river’s source.  In his journal, published several years later, Clark stated that that indigenous people were afraid of the area at the head of the river because of “loud noise, like Thunder, which makes the earth Tremble.”  This is an odd statement, given that in 1805 the Governor of Louisiana Territory described a map drawn on a bison hide by an indigenous American showing a “volcano” on the Yellowstone River.  Obviously, indigenous people were never afraid of Yellowstone, but that myth has proven persistent.

Even though Lewis and Clark didn’t see the area that is now Yellowstone National Park, one of their companions did.  John Colter left the Corps of Discovery before its return to St. Louis to join other trappers working in the Rocky Mountains.  In the winter (!) of 1807–1808, Colter traversed the Yellowstone and Teton areas, probably becoming the first Euro-American to see thermal features like Mud Volcano, although it seems that he missed features like Old Faithful and Grand Prismatic Spring.  A carving in a tree discovered in 1881 near the Grand Canyon of the Yellowstone, “J.O.R. AUG. 29, 1819,” suggests that there were also Euro-American visitors in the 1810s.

By the 1820s, Euro-American trappers and hunters were frequenting the region in their quests for beaver pelts.  Jim Bridger might be the most famous of these “mountain men,” but few people believed the exaggerated tales of these eccentric individuals.  Bridger himself spun yarns of mountains of glass, petrified forests (with petrified birds singing petrified songs), and hot water that cooked fish as you reeled them in—stories that, it turns out, were less exaggerated than some assumed!

No organized explorations of the area that is now Yellowstone National Park were successful until the 1860s.  In 1863, prospectors led by Walter deLacy entered the region from the south, making their way from the Snake River to Shoshone Lake, over the Continental Divide, down the Firehole River, past the major geyser basins, and to the Madison River, which they followed out of the area to the west.  deLacy mapped the journey, publicizing the existence of the geyser basins.  More prospectors followed, and the legend of the region continued to grow.

Three men from the Territory of Montana, David E. Folsom, Charles W. Cook, and William Peterson, explored the region in September 1869, bringing back yet more stories of Yellowstone’s magnificence—not all of which were believed.  Cook sent an account of the journey to Lippincott's Magazine and received the response, “Thank you but we do not print fiction.”  But the word was out among residents of Montana Territory, and in 1870 a more thorough expedition was led by Nathaniel Langford, Lt. Gustavus Doane and a detachment of soldiers, and Henry Washburn.  One of the more noteworthy anecdotes of this trip was the stranding of one of the expedition members, Truman Everts, who became lost and was left for dead by his companions.  After 37 days, Everts, barely alive, was located by rescuers who may have been motivated by promise of a reward—one that was ever paid, since Everts claimed he would have eventually made it out of the wilderness by himself.

Finally, in 1871, a federally funded exploration was mounted, this one led by geologist Ferdinand Hayden.  The Hayden expedition, which included photographer William Jackson and artist Thomas Moran, undertook numerous scientific explorations—including the mapping of Yellowstone Lake and detailed investigations of the geysers and hot springs of the Upper, Midway, and Lower Geyser Basins.  It was on the basis of Hayden’s account and his encouragement (and that of others) that Yellowstone National Park was created the following year.

The legacy of these explorations is complex, given the attitude and sometimes violence displayed by some of these travelers toward the indigenous people of the region—people that had long known of Yellowstone and its wonders.  The lesson of these explorations, rather, is the spectacular nature of Yellowstone itself—a place so fantastic that for decades, descriptions from visitors were not believed.  And it was not until 1871—the same year that Henry Morton Stanley located the missing David Livingston in the heart of Africa (“Dr. Livingstone, I presume?”)—that the rumors of a volcano near the head of the Yellowstone River were confirmed to be true. 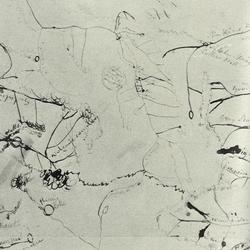 Looking back at early accounts of Yellowstone allows us to appreciate how our understanding has changed over time.

“Land of the burning ground”: The history and traditions of Indigenous people in Yellowstone

We sometimes think of Yellowstone as an untouched landscape, but humans have been present in the area for over ten thousand years!  The history and...

Henry Wood Elliott and the first map of Yellowstone Lake

Henry Wood Elliott was a dedicated conservationist and explorer who, in 1871, helped create the first bathymetric map of Yellowstone Lake. Unlike many...

Yellowstone has a lot to offer visitors, from its world-famous hydrothermal features to its vast array of wildlife and breath-taking scenery...

The American West is a land filled with tales of adventure and discovery. Countless stories of brave frontiersman and frontierswoman are still told...

What's in a Name? The Misadventures of Truman Everts

"No food, no fire; no means to procure either; alone in an unexplored wilderness, one hundred and fifty miles from the nearest human abode, surrounded...

Colter's Hell: Tales of the First European-American to Step Foot in Yellowstone

Imagine for a moment that you could turn back the clock some two-hundred years or so and embark on a journey from east to west across the North...