Introduced mosquito-borne avian diseases, avian pox and avian malaria, are key limiting factors for endemic Hawaiian forest birds and are, in part, likely responsible for past extinctions and the continued decline of extant species populations.  In the last 40 years on the island of Kaua‘i a number of species have become increasingly rare and several are now presumed extinct. Coinciding with these population declines, prevalence of mosquito-borne avian malaria has increased throughout the Alaka‘i Plateau. We will investigate methodologies to provide short-term control of vector mosquitoes to support the recovery of endangered, endemic passerines on the island of Kaua‘i.

Introduced mosquito-borne avian diseases, avian pox and avian malaria, are key limiting factors for endemic Hawaiian forest birds and are, in part, likely responsible for past extinctions and the continued decline of extant species populations. Kaua‘i’s forest bird communities survived intact into the 1960s, long after multiple species extinctions had occurred on other main Hawaiian Islands. However, in the last forty years a number of species have become increasingly rare and extensive forest bird surveys conducted in the mid-1990s failed to detect five species, now presumed to be extinct. Furthermore, in the last decade, population estimates for formerly common Kauai endemics, including the Endangered Species Act listed Akikiki (Oreomystis bairdi) and Akeke‘e (Loxops caeruleirostris), have plummeted. Coinciding with these population declines, prevalence of mosquito-borne avian malaria has increased throughout the Alakai Plateau. In the last 15 years the prevalence of avian malaria has increased threefold in the Kawaikoi drainage and tenfold in the higher elevation and more remote Halepaakai drainage. This dramatic increase in malaria prevalence and concurrent decrease in forest bird densities strongly suggests a disease-driven, population decline. Increase prevalence of avian malaria appears to have followed an increase in vector abundance (Glad, 2014). Changes in precipitation, surface hydrology and feral ungulate abundance may have altered the density and permanence of larval mosquito habitat and thereby increased the distribution and abundance of mosquito vectors (Atkinson et al. 2014). While little can be done to mitigate the effects of climate change on vector populations, local and landscape-level mosquito control methods may be developed for select Alakai drainages serving as critical habitat for endangered endemics such as Puaiohi, ‘Akikiki and Akeke‘e or the entire Alaka‘i Plateau.

Recently conservation managers and mosquito biologists convened in Hawaii to discuss landscape level control of avian disease vectors (Kapan et al. 2017).  By general consensus, the Incompatible Insect Technique (IIT) was selected as the most suitable strategy to pursue at this time. IIT involves using naturally-occurring strains of Wolbachia, an endosymbiotic bacteria of Culex quinquefasciatus and other arthropods, to facilitate incompatibility and infertility through cross matings.  Sustained releases of male mosquitoes infected with incompatible Wolbachia can suppress wild populations. However, our basic understanding of the population dynamics and movement of Culex quinquefasciatus in endangered bird habitat, especially on Kaua‘i, is limited. To meet regulatory approval for initial releases and achieve successful deployment and suppression, key ecological parameters (population density, seasonality, dispersal, and larval mosquito habitat) need to be assessed.

The goal of this project is to develop methodologies to provide short-term local control of vector mosquitoes and provide background ecological data to support the development of long-term landscape level solutions to mosquito control and, ultimately, the recovery of endangered forest birds on the island of Kaua‘i. This project has four main objectives conducted in two phases. The first phase is 1) to evaluate the efficacy of  chemical lure-baited trap designs with the more conventional CDC CO2  and infusion-baited traps to determine the best configuration of trap and attractants available for monitoring low density Culex quinquefasciatus populations in Hawaiian forests and 2) to test the efficacy of the combined formulation of Bacillus thuringiensis israelensis and Lysinibacillus sphaericus for control of local populations of Culex quinquefasciatus in the Kawaikoi Stream drainage on Kaua‘i. In the second phase we will 3) document the occurrence, relative abundance, seasonality, and survivorship of adult mosquito populations and 4) survey, identify and map larval mosquito habitat in critical habitat for Kauai’s three endangered forest bird. 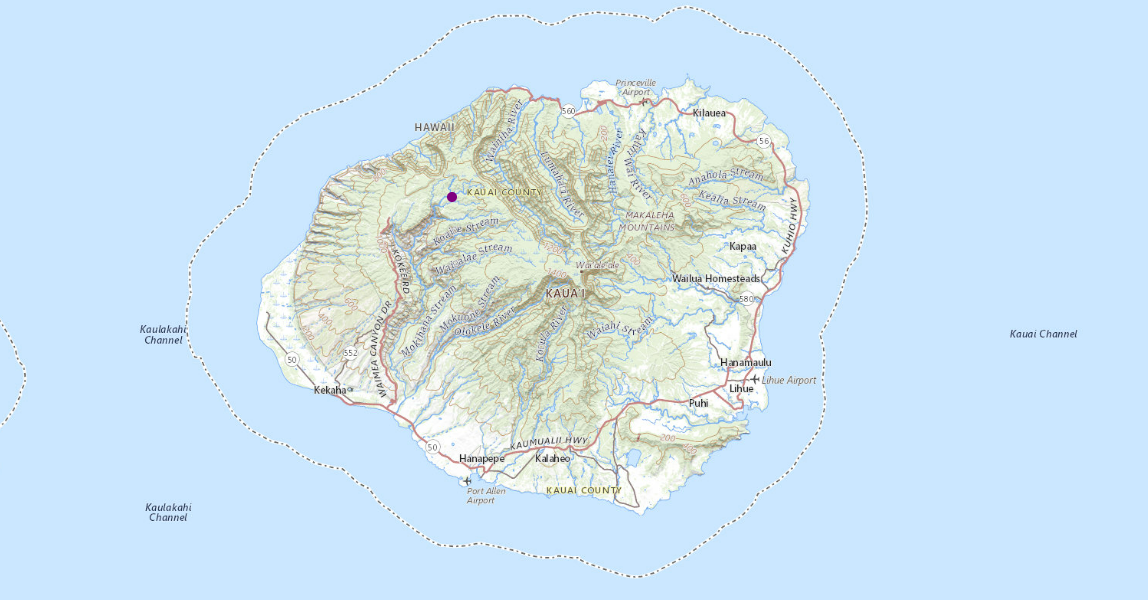 The Asian bush mosquito, Aedes japonicus japonicus (Theobald) was not known to occur in the Hawaii archipelago until it was identified on the island of Hawaii in 2003. This mosquito species remained undetected on the neighboring islands for 8 years before it was discovered at the Honolulu International Airport on Oahu in 2012. By 2015, four Ae. j. japonicus mosquitoes were collected in the western
By
Ecosystems, Pacific Island Ecosystems Research Center