The Bureau of Indian Affairs Branch of Tribal Climate Resilience (TCR), in collaboration with the National CASC, published a regional assessment report on tribal experiences planning for and adapting to climate change through TCR funded projects.

In 2011, the Bureau of Indian Affairs established the branch of Tribal Climate Resilience to support and fund Tribal efforts to adapt to the effects of climate change across the nation through an annual awards program. Through these awards, many Tribes have created climate adaptation plans that are specific to the needs of their region.

To review the effectiveness of these awards, the Bureau of Indian Affairs partnered with the CASC network to interview Tribal employees to gather feedback on Tribal climate adaptation planning. The assessment team, which included Lannette Rangel, Assistant Partnership Coordinator for the NCASC, interviewed Tribal employees from the BIA’s Northwest, Pacific, Western and Southwest regions who received awards between 2015 to 2019 to gain a better understanding of each region’s primary concerns regarding climate resiliency and how the awards supported their climate adaptation plans.

The team sought to compile Tribal concerns and recommendations to ensure that future changes to the TCR program reflect the direct needs and priorities of Tribes. Their findings indicate that across the four regions, Tribal Nations expressed concern about how climate change has and will continue to impact their cultural and natural resources, lifeways, and traditions. Findings by region include:

In the Northwest: Tribes are concerned about building resilience around significant food sources such as Salmon, as well as creating healthier ecosystems and habitats for important cultural resources and adapting to sea level rise and increased coastal storms.

In the Pacific: Tribes are battling increasingly severe and frequent wildfires, drought and extreme heat events. They have been working to develop a greater capacity for wildfire prevention and response to prevent further destruction of ancestral lands. Tribes seek to better understand their water supply in the face of drought while providing their community with support and resources to endure days of extreme temperatures and poor air quality.

In the Southwest: Tribal communities are working to incorporate more sustainable energy sources into their climate adaptation plans but are facing difficulties with this effort due to a lack of staffing. Tribes have also been working to preserve cultural resources that are often used in Tribal ceremonies by improving water and air quality to support the habitats of these resources as the climate continues to change.

In the West: Tribal communities have been incorporating the protection of watersheds and important tree and fish species through the creation of native plant nurseries and more cultural and prescribed burns. With these efforts, Tribes are aiming to restore and expand suitable habitats for culturally important plant and tree species. Tribal communities would also like to establish more citizen science projects to create opportunities for additional community involvement.

While each regional Tribe is at a different stage in their respective climate adaptation planning and implementation, Tribes expressed their commitment to building upon their current adaptation plans, growing their partnerships and advancing their implementation efforts all while protecting culturally important plant and animal species and creating safe, sustainable environments for their people. 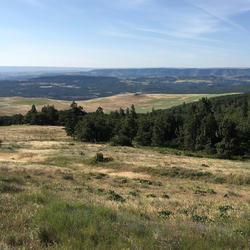 Preparing for and responding to the impacts of climate change are critical to the wellbeing of tribal communities that rely on natural resources to sustain their families, communities, traditional ways of life, and cultural identities. Recognizing this, efforts across the country are underway to support and enhance the capacity of tribes to prepare for climate change risks. However, due to staffin
By
Climate Adaptation Science Centers
link
December 31, 2015

Preparing for and responding to the impacts of climate change are critical to the wellbeing of tribal communities that rely on natural resources to sustain their families, communities, traditional ways of life, and cultural identities. Recognizing this, efforts across the country are underway to support and enhance the capacity of tribes to prepare for climate change risks. However, due to staffin
Learn More
link
November 30, 2022

A new report details how the Climate Adaptation Science Centers have worked with Tribal and Indigenous communities throughout the United States to...

Working alongside Tribal managers, leaders, and community members, the CASC Tribal Climate Liaisons informed and co-authored parts of the inaugural...