The motivations for the Flood Inundation Mapping (FIM) Program are application of flood inundation map libraries for flood preparedness, response, recovery, mitigation planning, and ecological assessments. A library of maps for a river reach that describes the full range of inundation patterns, from bankfull to slightly above the largest recorded flow, is a fundamental resource for all these applications. Such applications to reduce loss of life and property are needed by communities around the world. In spite of their importance, flood inundation map libraries are not available in many places because of cost and technical constraints.

Many communities lack flood inundation mapping with which to build scenarios for mitigation and response planning. Established methods, involving field surveys and hydraulic modeling, are often beyond the means of state and local governments in the United States, and even national governments in the developing world. To address this need, a tool was developed for flood inundation mapping using commonly available topographic data and commercial geographic information system (GIS) software. The resulting GIS Flood Tool (GFT) was validated in many settings, with favorable results demonstrating that it can provide useful initial estimates of flood extent at relatively low cost, while helping to prioritize locations for more thorough engineering studies.

This version (pygft) was developed for use with Python software and related packages, and is based on: 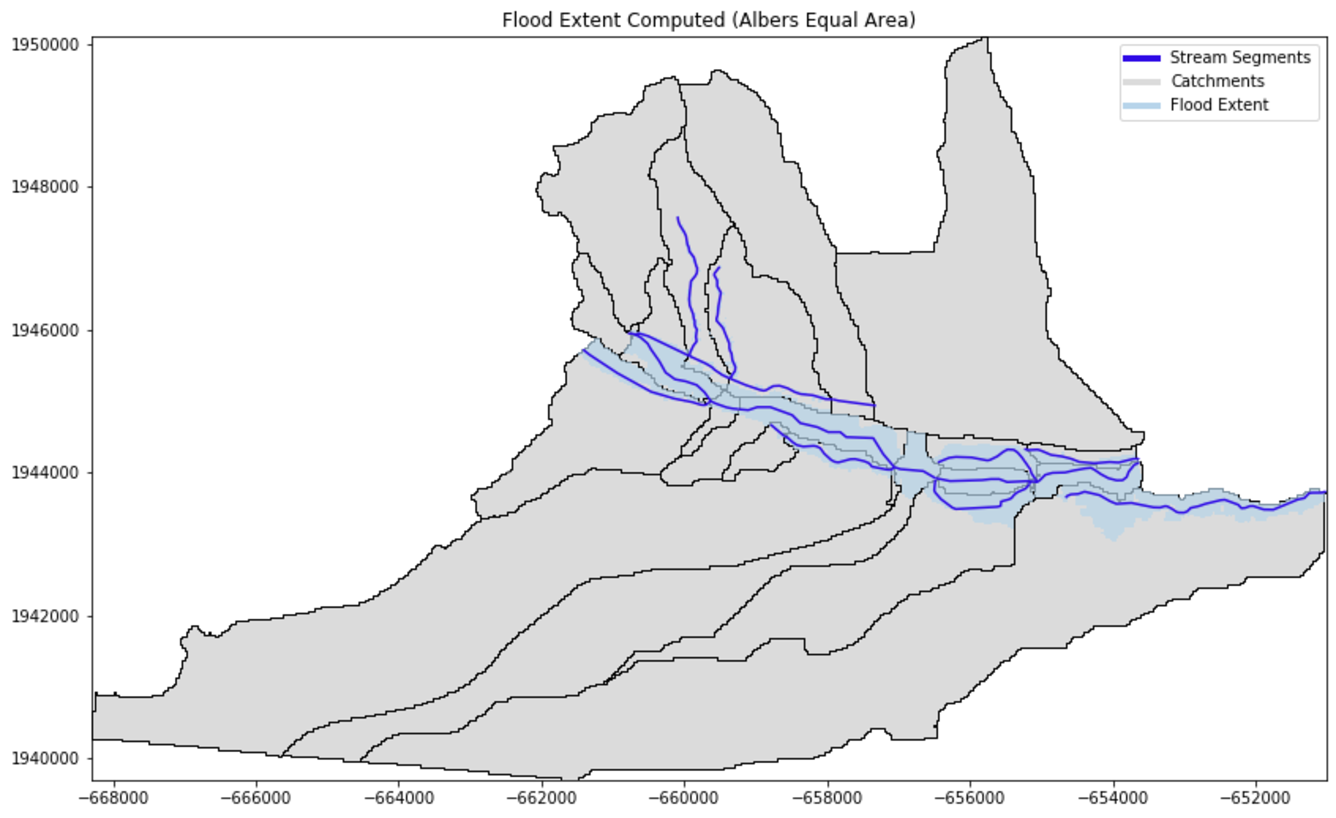