The USGS Land Change Monitoring, Assessment, and Projection initiative aims to identify where the landscape is changing and why.

Severe weather events like the April 27, 2011 tornadoes that struck Alabama can leave lasting landscape impacts. The National Weather Service noted 62 confirmed tornadoes statewide that day, some of them deadly. The destructive path of one EF4 tornado between Tuscaloosa and Birmingham reached a width of 1.5 miles and resulted in severe losses to buildings and trees.

Visually, the impacts were so dramatic they could be identified by a casual observer in several LCMAP layers. Those listed here include LCMAP Landcover Change, Change Magnitude, and Change Day of Year (DOY) products. 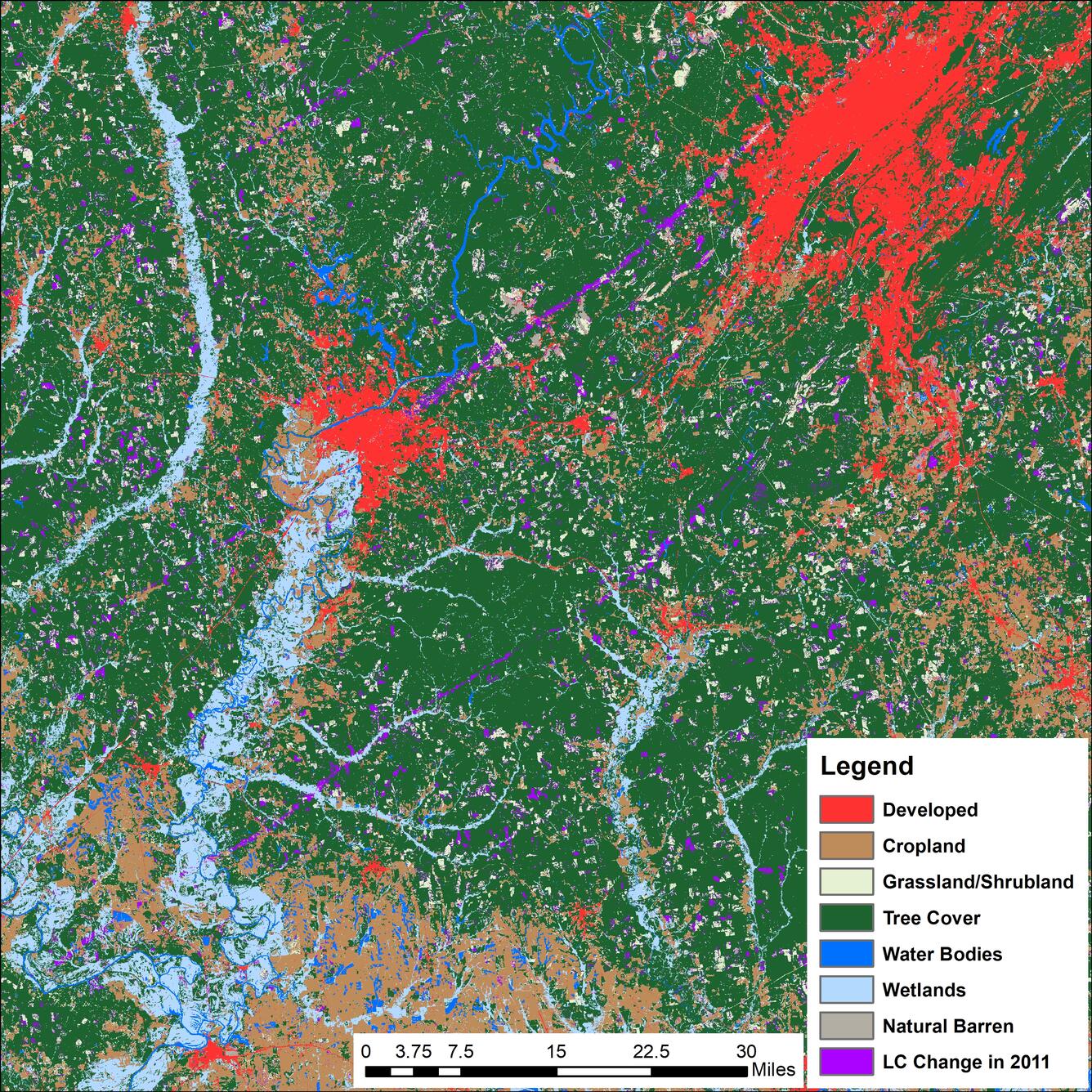 The image above shows the impact of tornadoes that struck the Tuscaloosa and Birmingham, Alabama area on April 27, 2011, as captured by LCMAP’s Landcover Change product. The Birmingham area is represented by the large red area in the upper right of the image, classified as “developed.” Tuscaloosa is visible as a red area closer to the center of the image. The long purple streaks mark changes to the landscape, which coincide with the track of the tornadoes. 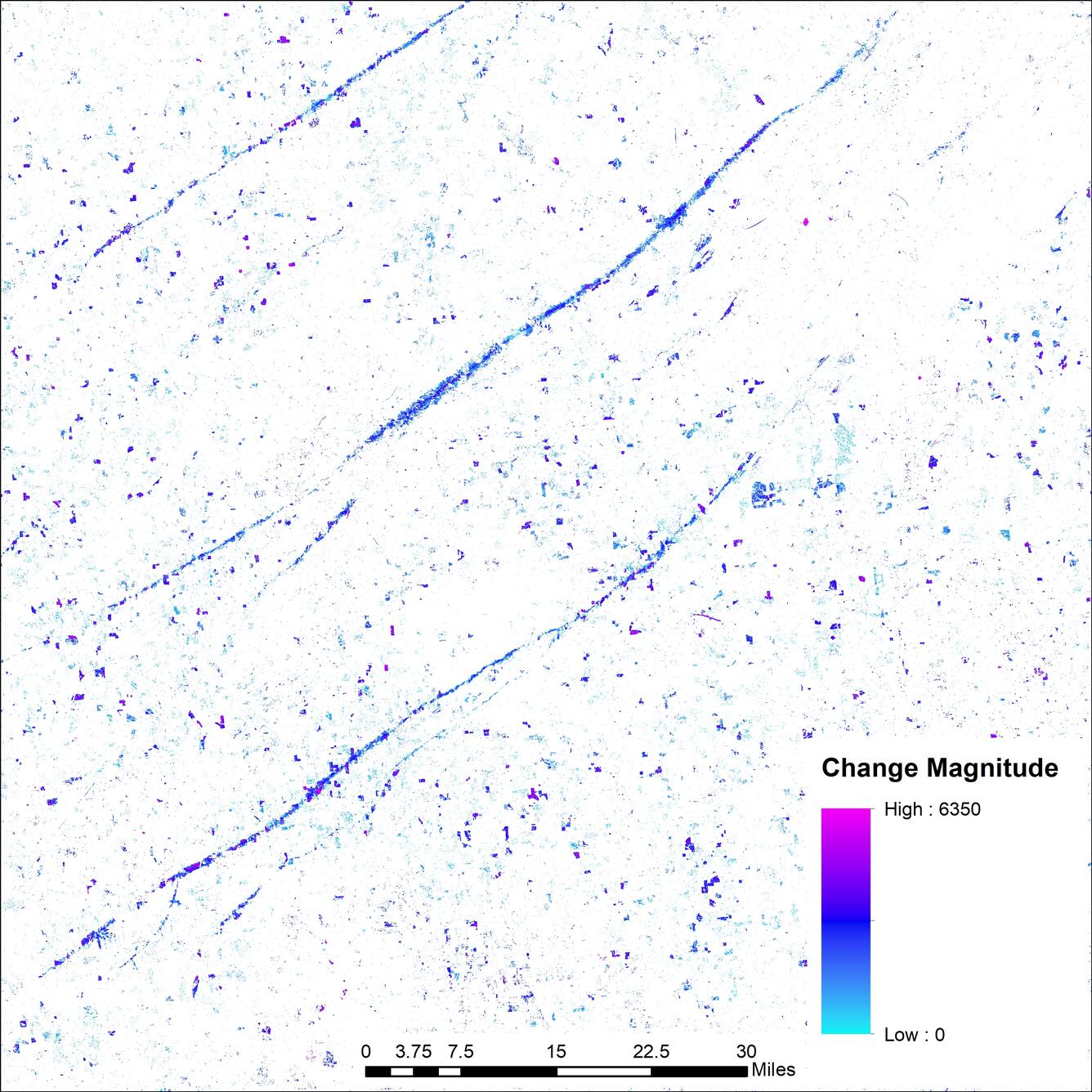 The second image shows the impact of tornadoes through LCMAP’s Change Magnitude product. Here, the paths of the tornadoes are marked by streaks of in blue, with areas of purple, representing changes in the high- to mid-range of the product’s magnitude scale. Other areas of change are scattered throughout the image, noting other changes of various magnitudes that took place throughout the year. 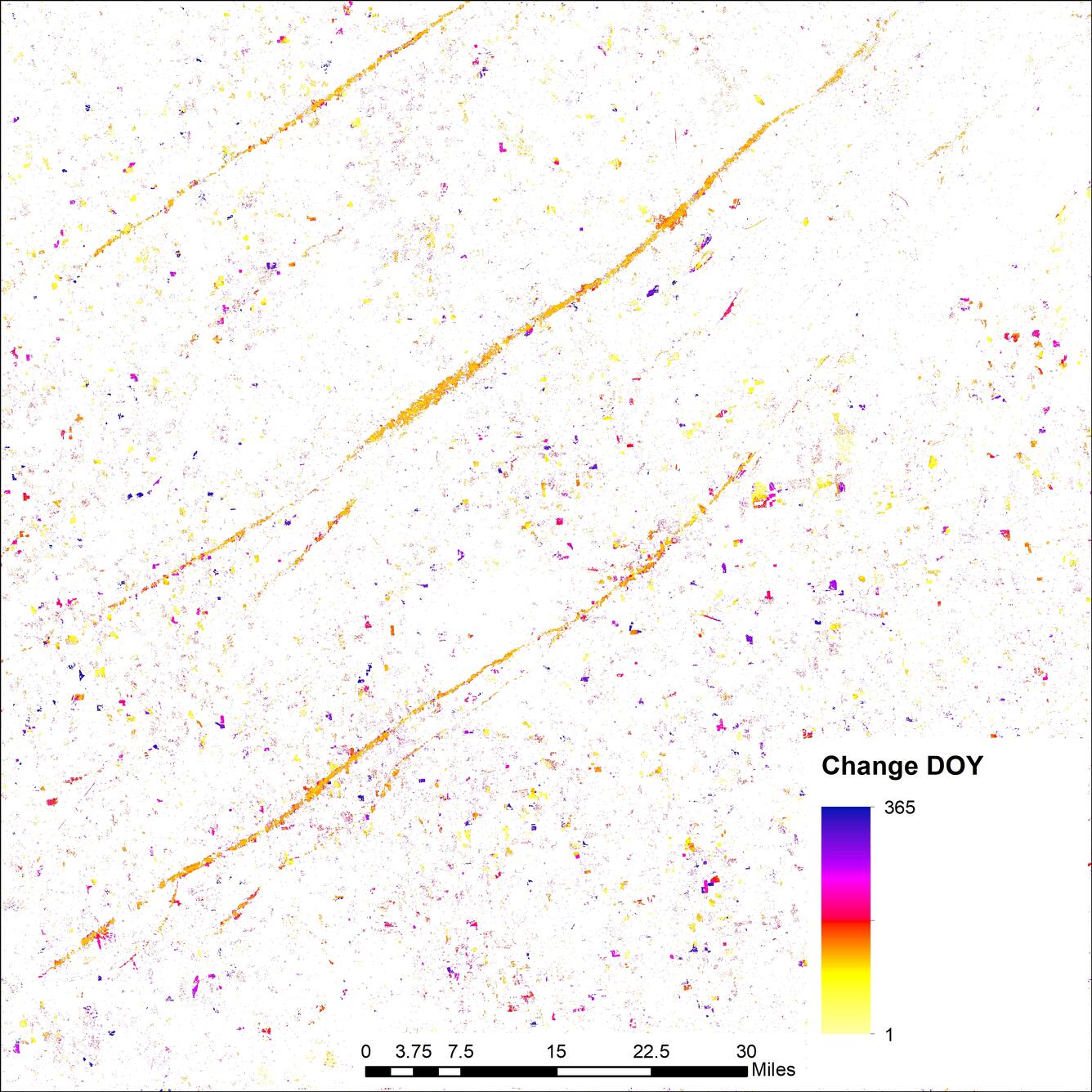 The third image shows the impact of Alabama tornadoes, as seen by LCMAP’s Change Day of Year (DOY) product. The paths are marked in yellow, representing an approximate date of change in early May of 2011.

Follow the links below to find full-size downloads of LCMAP change story imagery. 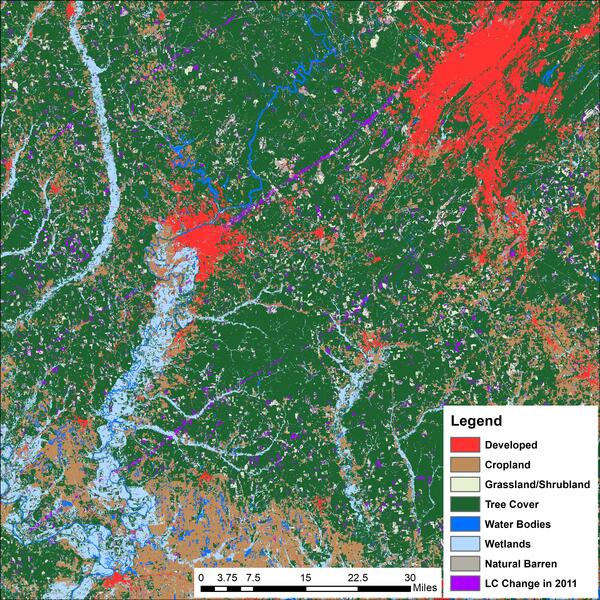 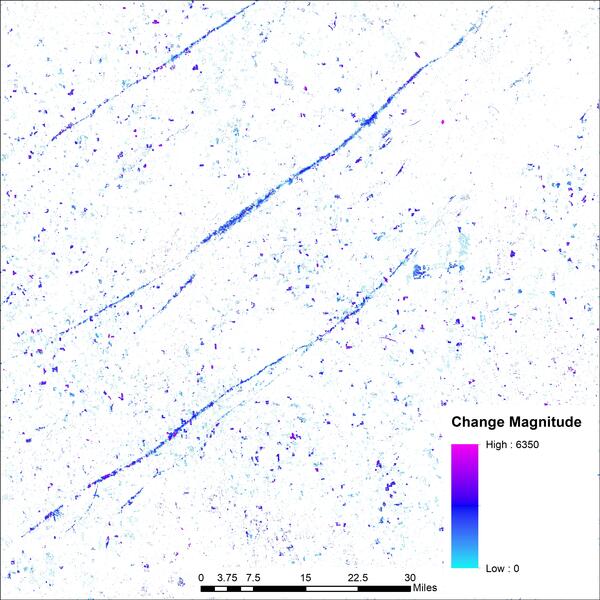 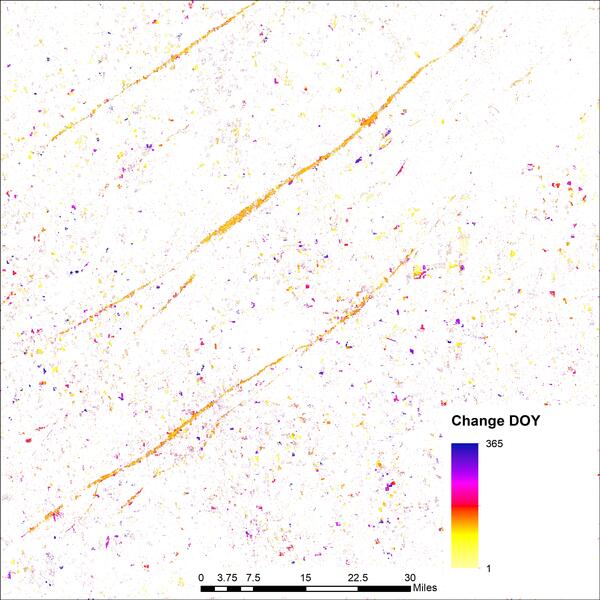