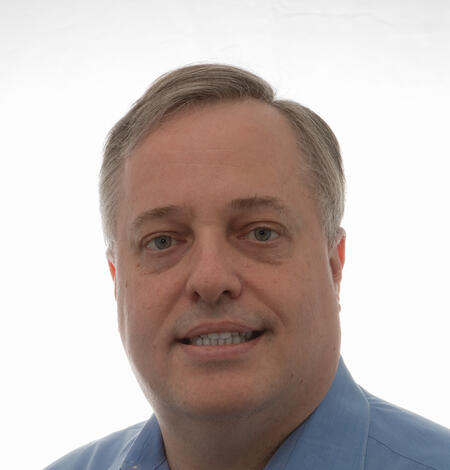 As the Director for the Office of Science Quality and Integrity (OSQI), Craig Robinson is tasked with enhancing the integrity, quality, and health of USGS science through oversight of ethics, tribal relations, youth and education, research grade evaluations, scientific integrity and fundamental science practices, and the Scientist Emeritus Program.

Craig Robinson brings to his position a 30-year career as a research scientist, educator, and leader at the National Science Foundation (NSF). Craig formerly served as the Senior Advisor in the NSF Directorate for Geosciences.

Before joining NSF in 1998, Craig was a research scientist studying black holes and gamma-ray bursts at NASA’s Marshall Space Flight Center. From 1987-1990 he worked as an astronomer at the Harvard-Smithsonian Center for Astrophysics while also teaching at Babson College and Simmons College.

At NSF, Craig led the development of the 2006-2011 strategic plan and chaired agency-wide groups on strategic planning, performance planning, and technology development. As a branch chief, Craig designed and developed the electronic systems that transformed both NSF’s interactions with the science community and internal agency workflows. In that capacity, he worked closely with the diverse communities served by NSF, including visits to tribal colleges and universities. He also served as acting head of the Office of the National Science Board, the organization responsible for setting NSF policies and performing oversight of the agency. From 2010 to 2012, Craig led over 100 scientists from across 13 research agencies, including USGS, in the development of the National Global Change Research Plan 2012-2021.

While at NSF, Craig also served as a Brookings LEGIS Fellow in the office of Senator Joe Lieberman working to reach bipartisan agreements on national science and education issues. He also worked as an Embassy Science Fellow in Portugal on ways to improve university-business partnerships and on a major oil spill off the coast of Spain.