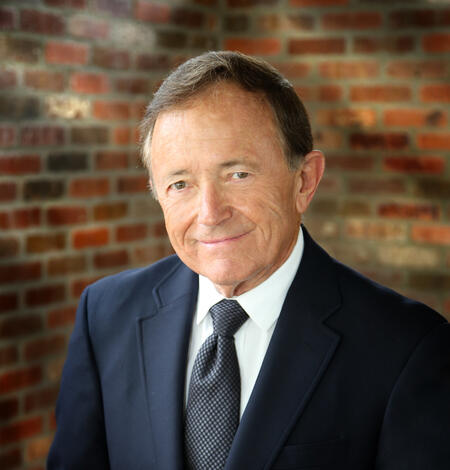 Roger D. Borcherdt is Scientist Emeritus at the U. S. Geological Survey in Menlo Park, California and past visiting Shimizu and consulting professor at Stanford University. His current major research project is the development of general viscoelastic ray theory as a basis to better understand and interpret seismic wave propagation in anelastic layers of the Earth.

Dr. Borcherdt’s interest in seismology and engineering seismology is manifest in research results documented in more than 200 publications as listed in Google Scholar and ResearchGate. His most significant research since becoming emeritus (2014) is the development of the theory for general viscoelastic rays and head waves from first principles as published in the 2nd edition of his graduate level textbook Viscoelastic Waves and Rays in Layered Media (2020). This theory provides the viscoelastic solutions for forward and inverse ray-theory problems together with general ray-tracing computer algorithms for multi-layered anelastic media ranging from soft soils to mantle and core materials deep within the Earth’s interior. These results explain measurable variations in seismic body and surface waves, such as phase speed, travel time, ray-path location, amplitude attenuation, and particle motion induced by anelastic boundaries in the Earth that are not explained by elastic models. Citations of the textbook reveal applicability of the viscoelastic solutions to a variety of anelastic wave propagation and inversion problems in engineering, seismology, exploration geophysics, acoustics, and solid mechanics.

Dr. Borcherdt’s research interests as documented in publications prior to that of the most recent project include: 1) site-response studies resulting in site coefficients and Vs30 site-class definitions as adopted in national and international building codes and seismic-hazard mitigation maps, 2) mathematical theory of monochromatic wave propagation in layered viscoelastic media as documented in the 1st edition of Viscoleastic Waves in Layered Media (2009), 3) near-source seismic radiation of strain and displacement and its implications for earthquake-fault rupture dynamics as inferred from unprecedented high resolution GEOS recordings of the 2004 M6 Parkfield earthquake, obtained with colleagues, showing no discernible near-field precursory strain or displacement at sensitivities of 10^-11 strain and 5*10^-8 meters, 4) multidisciplinary seismic-zonation and earthquake-loss estimation studies as manifest in initial maps developed with colleagues showing the potential for earthquake intensity (MF-709), surface faulting, ground-motion amplification, and ground failure as prototype maps required by California Law AB-3897 and as extended under the auspicis of FEMA to a national scale in HAZUS, 5) design, construction and deployment with colleagues of the initial central microprocessor controlled wide-dynamic range (180dB) digital strong-motion recording system (GEOS) as a prototype for commercial instrumentation, 6) initial development of US national strong motion instrumentation program to increase public safety by deployments of multiple instrumentation arrays on a national scale to record the response of the built environment  to infrequent large damaging earthquakes for purposes of improving the resilience of man-made structures and communities.

Site coefficients corresponding to those in tables 11.4–1 and 11.4–2 of Minimum Design Loads for Buildings and Other Structures published by the American Society of Civil Engineers (Standard ASCE/SEI 7-10) are derived from four of the Next Generation Attenuation West2 (NGA-W2) Ground-Motion Prediction Equations (GMPEs). The resulting coefficients are compared with those derived by other researcher
By
Natural Hazards, Earthquake Hazards, Earthquake Science Center
June 8, 2015

VS30 – A site-characterization parameter for use in building Codes, simplified earthquake resistant design, GMPEs, and ShakeMaps

VS30, defined as the average seismic shear-wave velocity from the surface to a depth of 30 meters, has found wide-spread use as a parameter to characterize site response for simplified earthquake resistant design as implemented in building codes worldwide. VS30 , as initially introduced by the author for the US 1994 NEHRP Building Code, provides unambiguous definitions of site classes and site coe
By
Natural Hazards, Earthquake Hazards, Earthquake Science Center
April 6, 2015

The general theoretical solution for Love-Type surface waves in viscoelastic media provides theoreticalexpressions for the physical characteristics of the waves in elastic as well as anelastic media with arbitraryamounts of intrinsic damping. The general solution yields dispersion and absorption-coefficient curves for the waves as a function of frequency and theamount of intrinsic damping for any
By
Natural Hazards, Earthquake Hazards, Earthquake Science Center
February 11, 2015

The acceleration field of the Lushan earthquake (Ms7.0, April 20, 2013, China) is simulated using a new modified version of the stochastic finite-fault method (EXSIM) based on a dynamic corner frequency approach. To incorporate the effect of heterogeneous slip distribution on the variation of source spectrum, we adopt an empirical source spectral model and derive the corresponding dynamic paramete
By
Natural Hazards, Earthquake Hazards, Earthquake Science Center
July 1, 2014

Three proposals are provided to update tables 11.4-1 and 11.4-2 of Minimum Design Loads for Buildings and Other Structures (7-10), by the American Society of Civil Engineers (2010) (ASCE/SEI 7-10), with site coefficients implied directly by NGA (Next Generation Attenuation) ground motion prediction equations (GMPEs). Proposals include a recommendation to use straight-line interpolation to infer si
By
Natural Hazards, Earthquake Hazards, Earthquake Science Center
October 1, 2009

The 2004 Parkfield earthquake generated a unique set of near-field, high-resolution colocated measurements of acceleration, volumetric strain, and velocity at 11 stations in the General Earthquake Observation System (geos) array. The recordings indicate no precursory strain or displacement was discernable at sensitivities of 10−11 strain and 5 × 10−8 m 25 sec prior to the earthquake at distances o
By
Natural Hazards, Earthquake Hazards
January 1, 2006

Continuous borehole strain and pore pressure in the near field of the 28 September 2004 M 6.0 Parkfield, California, earthquake: Implications for nucleation, fault response, earthquake prediction and tremor

Near-field observations of high-precision borehole strain and pore pressure, show no indication of coherent accelerating strain or pore pressure during the weeks to seconds before the 28 September 2004 M 6.0 Parkfield earthquake. Minor changes in strain rate did occur at a few sites during the last 24 hr before the earthquake but these changes are neither significant nor have the form expected for
By
Natural Hazards, Earthquake Hazards
May 1, 2005

This map shows maximum earthquake intensity predicted at specific sites using the empirical relations derived from the reliable 1906 intensity data (figs. 3 and 4; see text). The numbers 4-0 correspond to letters A-E, respectively, of the San Francisco intensity scale. The predicted intensity value shown for each site is the maximum of those predicted for the site assuming that a large earthquake