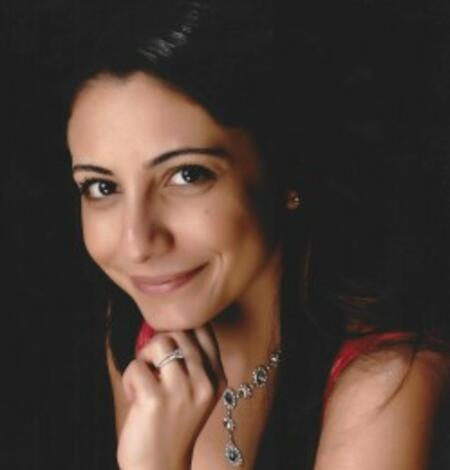 She received her B.S. in Civil Engineering from the University of California, Berkeley in 2004. After working in the industry on design and rehabilitation of structural systems for a year, she received her M.S. and Ph.D. from the Structural Engineering, Mechanics and Materials (SEMM) program of UC Berkeley in 2006 and 2010, respectively. For her doctoral dissertation, Rezaeian focused on identification and simulation of strong earthquake ground motions for engineering applications. In 2010, she joined the Pacific Earthquake Engineering Research center (PEER) as a postdoctoral fellow, where she conducted research on modeling of ground motion prediction equations, developed a new model to scale ground motion intensities for various damping levels of structures, and directed a working group on modeling of vertical component of ground motion. In 2011, Rezaeian received a Mendenall Fellowship award from the U.S. Geological Survey (USGS) to conduct research on ground motion models and assist the national seismic hazard modeling (NSHM) project with implementation of GMPEs in the 2014 NSHMs. Currently, she is leading the seismic desgin task of the USGS NSHM group, working on the next generation of hazard and design models. Current projects involve research and development of earthquake ground motion models for both intensity measures and time-series, as well as their implementation in the current and future USGS National Seismic Hazard Models. Furthermore, Rezaeian studies the effects of these ground motion models on structures and works directly with the engineering users of the USGS products by developing design ground motions and methodologies by which engineers can validate simulated time-series for their specific engineering applications.

The NSHMP develops earthquake ground shaking forecasts for the U.S. and its territories. The “seismic hazard models” task updates the National Seismic Hazard Model (NSHM) on a regular basis to account for the best available science. The updates improve both earthquake source models and ground motion models (GMMs). I serve as a leading member of the NSHMP to update GMMs. My role is to identify shortcomings of current GMMs, research and evaluate new GMMs, develop new weighting schemes for their implementation in the NSHM, and analyze their impact on hazard. I collaborate with model developers outside of the USGS to improve GMMs. I also develop GMMs for various damping ratios for adoption into future hazard models. My research has been implemented in the 2014 USGS NSHMs, published in journals and presented at several scientific meetings. The model I developed for various damping ratios is published in Earthquake Spectra. The NSHMs serve as the basis of