Due to the eruptions of 1980-86 and 2004-2008, Mount St. Helens has had the best seismic monitoring network of all volcanoes in the Cascade Range. It is also the most seismically active volcanoes in the Washington and Oregon Cascades.

In an average month, 22 events are located by the Pacific Northwest Seismic Network (PNSN), with the number going far higher during eruptive periods. Although a few seismic stations were installed near Mount St. Helens in the 1970s, the first complete network of stations was installed in 1980 in response to unrest starting in March of that year. Since then millions of earthquakes, as well as other non-earthquake signals (e.g., rockfalls, explosions, avalanches, glacier quakes, helicopters) have been recorded. The PNSN earthquake catalog encompasses periods of precursory activity (preceding eruptions in 1980-1986 and 2004), seismicity associated with episodic explosive eruptions (1980) and dome growth (1980-1986 and 2004-2008), and times of relative quiet between eruptions (1987 - 2004 and 2008 to present). Seismic data recorded by this network have been used in many studies, including:

One of the intriguing aspects of volcano seismology is trying to determine the cause, volcanologic or otherwise, of a particular earthquake. This is illustrated by reviewing a plot of earthquake depths over time (right).

The May 18, 1980, eruption is marked by a vertical streak of earthquakes extending down well below 15 km (9.3 miles). Scientists believe that these earthquakes occurred when the May 18 eruption drained magma from deeper parts of the magmatic system, leaving voids of unsupported rock that then failed and produced earthquakes.

In contrast, the 1981-1986 time period was dominated by shallow earthquakes, mainly less than 2 km (1.2 mi) deep. These earthquakes occurred primarily as precursors to individual dome-building eruptions, and are thought to have occurred as a result of stress accumulations associated with magmamovement.

Although eruptions stopped after 1986, earthquakes continued to occur, including several years- long dense groups (swarms) of "deep" earthquakes (depths greater than 3 km, or 1.9 mi), which hadn't been seen since 1980. Scientists think these particular "deep" earthquakes probably occurred when new magma entered the system from below and caused the pressure to increase on the system. In contrast, shallow earthquakes from 1987-2004 probably occurred due to a combination of factors: magma left- over from the 1980-86 eruptions cooled, contracted, and created earthquakes; heated groundwater (hydrothermal fluids) circulated and added stress to the volcanic structure; and magma potentially accumulated below 3 km (1.8 mi), which added stress to the system.

The 2004-2008 eruption produced many earthquakes, with well over one million occurring in association with the construction of a new lava domecomplex. A notable phenomena observed during the eruption was the occurrence of very regularly spaced patterns of small earthquakes, which were dubbed "drumbeat" earthquakes. These consistently spaced seismic events accompanied the steady eruption of lava spines as they emerged from the Mount St. Helens conduit, and have since been reported at other volcanoes (e.g., Augustine Volcano in 2006).

Owing to the robust seismic data set for Mount St. Helens, scientists understand the character of typical eruptive and non-eruptive earthquake patterns at this volcano. These perspectives are vital assets when interpreting the significance of earthquake activity at the volcano, and they can help scientists to determine when a future eruption may occur. The PNSN's website is an excellent resource for viewing and mapping earthquakes at Mount St. Helens.

In addition to earthquakes that occur due to volcanic processes, seismicity at Mount St. Helens also occurs along tectonic faults, which are associated with motion in the crust and not with volcanic processes. Many of these earthquakes occur along the Mount St. Helens seismic Zone (SHZ), which extends north-northwestwards to Morton, Washington and south-southeastwards to past the Swift Reservoir. Three to four earthquakes per month occur along the SHZ, including a number of events that have been large enough to be felt in nearby communities. The largest event ever recorded on the SHZ (a magnitude 5.2) located near Elk Lake on February 14, 1981. The most recent felt event was a magnitude 4.3 on February 14, 2011, that was felt as far away as Vancouver, Washington. In contrast to earthquakes beneath Mount St. Helens, earthquakes occurring in the area surrounding the volcano, including the SHZ, are all thought to be normal "tectonic" earthquakes caused by tectonic forces that also produce earthquakes throughout western Washington and northwestern Oregon. 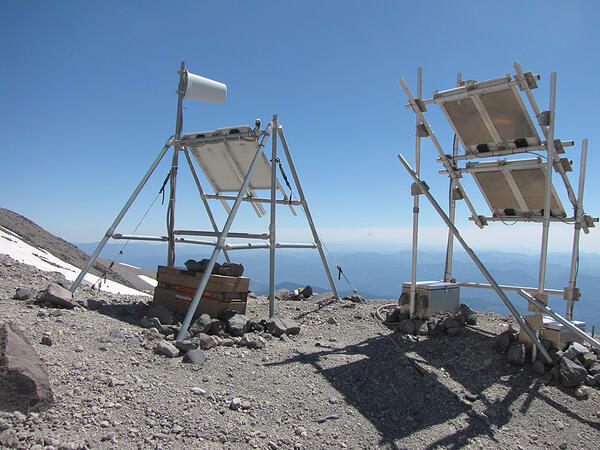 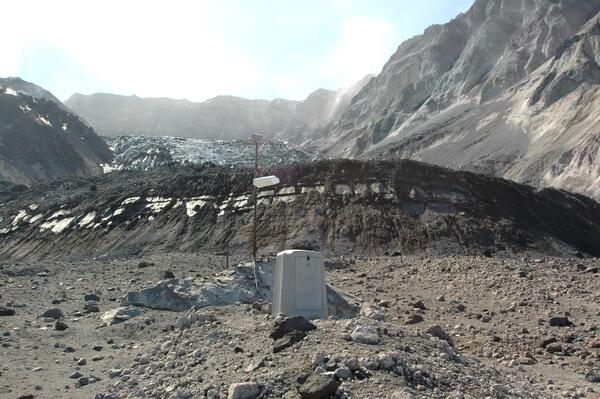 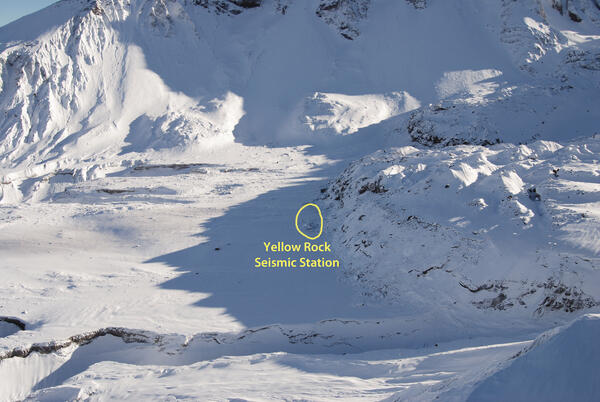