Mount St. Helens is susceptible to lahars because the vent, and site of recent lava-dome building, is surrounded by Crater Glacier.

Furthermore, the crater floor and flanks of the volcano are made up of large amounts of loose volcanic material and are covered with a thick snowpack for much of the year. Laharsgenerated by rapid snowmelt are likely to accompany any eruptive activity, but they may also be generated without an eruption by intense storm runoff over erodible sediment or by landslides.

Past lahars at Mount St. Helens have traveled from 50 to 100 km (30 to 60 mi) from source, often reaching the Columbia River via the Toutle-Cowlitz, Kalama, or Lewis Rivers. They are a greater threat to life and property in valley communities than any other volcanic phenomenon. Damage is done by impact from large boulders or logs carried in the flows, by high drag and buoyancy forces imposed by the dense fluid, by abrasion, and by burial. Laharscommonly destroy mature forests and any human-made structures in their paths, including bridges, roads, pipelines, and buildings. In the event of a lahar and with enough warning, people can quickly climb or drive to safety by evacuating the valley floor.

During the May 18, 1980 eruption of Mount St. Helens, approximately 2.3 billion cubic meters (3 billion cubic yards) of material was deposited in the upper 27 km (17 mi) of the North Fork Toutle River valley resulting in massive lahars. 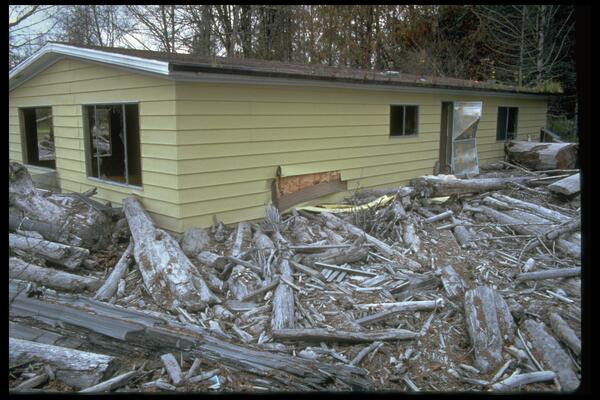 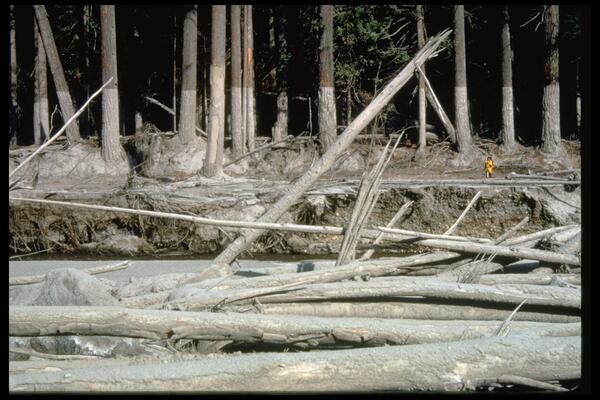