The North Pacific Pelagic Seabird Database (NPPSD) includes more than 460,000 survey transects that were designed and conducted by numerous partners primarily to census seabirds at sea.

The North Pacific Pelagic Seabird Database (NPPSD) is maintained by the USGS and includes more than 460,000 survey transects that were designed and conducted by numerous partners primarily to census seabirds at sea. The current database contains abundance and distribution information on over 20 million birds comprising 160 species observed over 40 years in a region of the North Pacific exceeding 25 million square kilometers. This area includes more than 80% of U.S. continental shelf waters, the most productive U.S. commercial fishery, all Pacific U.S. marine sanctuaries, and Alaska Outer Continental Shelf oil and gas leasing areas. Survey efforts include international cooperation between the United States, Canada, Russia, and Japan.

The NPPSD is a powerful tool for examining abundance and distribution of seabirds across marine ecosystems of the Arctic and North Pacific and possible drivers of change to seabird ranges and populations, such as climate, commercial fisheries, vessel traffic and oil and gas development. NPPSD data are available from USGS at the links below.

Maps showing the extent of sampling done and entered into the NPPSD.

The North Pacific Pelagic Seabird Database (NPPSD) is managed by the USGS Alaska Science Center and is compiled from thousands of at-sea surveys of seabirds and marine mammals conducted in the North Pacific since 1973 by numerous partners. While we are continually accepting and archiving datasets, we are beginning a major update of the database and are soliciting contributions of at-sea data from researchers. Contributors can provide raw, cleaned datasets or data summarized by transects. We do not distribute raw data, only summarized data (by transect and behavior). The document, "NPPSD Data Prep.pdf - [PDF file 34 KB]", provides detailed information regarding data preparation for eventual addition to the NPPSD. Contact Gary Drew gdrew@usgs.gov for assistance. 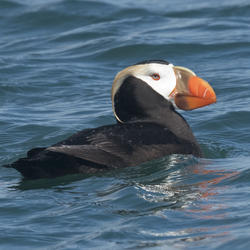 Alaska's coastal and offshore waters provide foraging habitat for an estimated 100 million birds comprising more than 90 different species; from loons and seaducks that nest inland, to petrels and puffins that breed on islands off shore. All these birds depend on the sea to provide a wide variety of food types— from clams, crabs and urchins nearshore— to krill, forage fish, and squid offshore. The...
Learn More
link 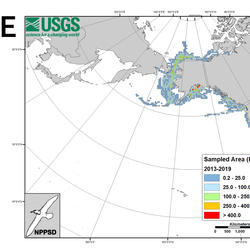 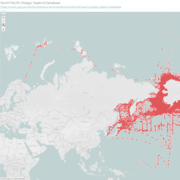 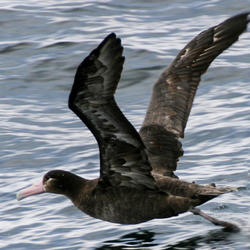 The North Pacific Pelagic Seabird Database (NPPSD) was created in 2005 to consolidate data on the oceanic distribution of marine bird species in the North Pacific. Most of these data were collected on surveys by counting species within defined areas and at known locations (that is, on strip transects). The NPPSD also contains observations of other bird species and marine mammals. The original NPPS
By
Ecosystems, Energy & Wildlife, Alaska Science Center
Filter Total Items: 13
April 4, 2014

The northern fulmar Fulmarus glacialis is one of the most visible and widespread seabirds in the eastern Bering Sea and Aleutian Islands. However, relatively little is known about its abundance, trends, or the factors that shape its distribution. We used a long-term pelagic dataset to model changes in fulmar at-sea distribution and abundance since the mid-1970s. We used an ensemble model, based on
By
Ecosystems, Alaska Science Center
April 23, 2013

Areas with high species richness have become focal points in the establishment of marine protected areas, but an understanding of the factors that support this diversity is still incomplete. In coastal areas, tidal currents—modulated by bathymetry and manifested in variable speeds—are a dominant physical feature of the environment. However, difficulties resolving tidally affected currents and dept
By
Ecosystems, Alaska Science Center
December 1, 2012

Spatial patterns of marine predator communities are influenced to varying degrees by prey distribution and environmental gradients. We examined physical and biological attributes of an estuarine fjord with strong glacier influence to determine the factors that most influence the structure of predator and prey communities. Our results suggest that some species, such as walleye pollock (Theragra cha
By
Ecosystems, Wildlife Program, Alaska Science Center
January 1, 2010

At-sea observations of marine birds and their habitats before and after the 2008 eruption of Kasatochi volcano, Alaska

Kasatochi volcano, an island volcano in the Aleutian chain, erupted on 7-8 August 2008. The resulting ash and pyroclastic flows blanketed the island, covering terrestrial habitats. We surveyed the marine environment surrounding Kasatochi Island in June and July of 2009 to document changes in abundance or distribution of nutrients, fish, and marine birds near the island when compared to patterns ob
By
Ecosystems, Wildlife Program, Alaska Science Center
January 1, 2008

Seasonal and distributional patterns of seabirds along the Aleutian Archipelago

The Aleutian Archipelago is of global importance to seabirds during the northern summer, but little is known about seabird use of these waters during winter. We compare summer and winter abundances of seabirds around 3 islands: Buldir in the western, Kasatochi in the central, and Aiktak in the eastern Aleutians. The density of combined seabird biomass in nearshore marine waters was higher in summe
February 4, 2007

The Marbled Murrelet (Brachyramphus marmoratus) is a small, diving seabird inhabiting inshore waters of the Northeastern Pacific Ocean. This species feeds on small, schooling fishes and zooplankton, and nests primarily on the moss-covered branches of large, old-growth conifers, and also, in some parts of its range, on the ground. We reviewed existing information on this species to evaluate its cur
By
Ecosystems, Alaska Science Center
January 1, 2006

Predictable hotspots and foraging habitat of the endangered short-tailed albatross (Phoebastria albatrus) in the North Pacific: Implications for conservation

The short-tailed albatross (Phoebastria albatrus) is a rare and endangered seabird that ranges widely over the northern North Pacific. Populations are slowly recovering but birds face several threats at sea, in particular the incidental capture of birds in long-line fisheries. Conservation efforts are hampered by a lack of information about the at-sea distribution of this species, especially knowl
By
Ecosystems, Alaska Science Center
January 1, 2005

We report an observation of Willow Ptarmigan (Lagopus lagopus) encountered 8 to 17 km from the nearest shoreline on Kuskokwim Bay, Alaska, on 30 August 2003. The ptarmigan were observed flying, landing on our research vessel, and landing and taking off from the water surface. We also report on one other observation of ptarmigan sitting on the water surface and other marine observations of ptarmiga
By
Ecosystems, Alaska Science Center
January 1, 2005

Advection, pelagic food webs and the biogeography of seabirds in Beringia

Despite its great distance from productive shelf-edge habitat, the inner shelf area of the Bering Sea, from St. Lawrence Island to the Bering Strait, supports a surprisingly large number (>5 million) of seabirds during summer, mostly small plantivorous auklets (65%) and large piscivorous murres (19%) and kittiwakes (5%). This paradox of seabird biogeography is explained by the Anadyr “Green Belt”
By
Ecosystems, Alaska Science Center
January 1, 2000

Monitoring seabird populations in areas of oil and gas development on the Alaskan Continental Shelf: A computerized pelagic seabird atlas for Alaska

Seabirds are the most visible and vulnerable victims of oil pollution in marine waters. As demonstrated by the "Exxon Valdez" spill (Piatt et al. 1990), we cannot predict when or where an accident leading to pollution might occur in Alaska, or where oil will eventually end up traveling from a point source of pollution. It is therefore prudent to document the abundance and distribution of seabirds
By
Ecosystems, Alaska Science Center

The Marine Ecoregions layer is based upon the work of Piatt and Springer (2007). This data layer was constructed to allow researchers access to a standard map of meso-scale marine eco-regions for the waters surrounding Alaska.