There is concern about the long-term viability of the Lower Colorado Water Supply Project (LCWSP), a well field in the Imperial Sand Dunes Recreational Area, which began withdrawing water in 1991, regarding both the declining groundwater levels and potential increase in water drawn by the wells. The continued decline in East Mesa water-level elevations, since the construction of a parallel, lined All-American Canal (AAC) in the late 2000’s, necessitated that the first two LCWSP wells be re-drilled or retrofitted to maintain functionality. There is uncertainty about the quality of future water withdrawn by the LCWSP to meet the acceptable total dissolved solids (TDS) concentrations limit for discharge into the AAC.​

The overall objectives of the study are to improve the understanding of the groundwater system in the vicinity of the LCWSP well field, and to estimate the impact of lining the AAC on groundwater levels and TDS concentrations in LCWSP wells up to the year 2070. The study consists of the following ongoing work:

Water Resources in the East Mesa

This study is relevant to stakeholders and the general public by providing the information needed regarding the amount and quality of water in all components of the water cycle, advancing the understanding of processes that determine water availability, predicting changes in the quantity and quality of water resources in response to future management scenarios, and through an understanding of the conditions leading to water shortages to better manage the water resources of the region.

As the study area spans the United States-Mexico border region, project data and analysis will support the Transboundary Aquifer Assessment Program objectives to “improve the knowledge base of transboundary aquifers between the United States and Mexico” (IBWC, 2009). Regional models created for this study can be used by both countries to understand and manage transboundary aquifer resources using a common, science-based approach for evaluating groundwater in the Imperial and Mexicali Valley.

Established by USGS between 2009 to 2011 (Coes and others, 2015), the monitoring network associated with the LCWSP is a series of groundwater-level and water-quality wells, as well as streamgages and micro-gravity stations. Data collected from the monitoring network are used to inform all aspects of the ongoing research. An interactive map displays the sites and provides links to the most current data.

The initial characterization of the groundwater system included the following tasks:

The groundwater modeling portion of this study aims to develop and apply a tool to estimate future TDS concentrations in groundwater pumped from LCWSP wells up to the year 2075. While the operation of the LCWSP hydrologic monitoring network is active, the ongoing work consists of four project tasks to be completed from 2022 to 2026:

The All-American Canal has historically been unlined, which has been associated with substantial losses to seepage. In 2006, the Imperial Irrigation District (IID), under a contract with the United States Bureau of Reclamation (Reclamation), initiated a project to build a concrete-lined canal parallel to 23 miles of the earthen AAC. Construction was completed in 2010 and was estimated to conserve about 67,000 acre-feet per year of seepage (U.S. Bureau of Reclamation, 1994).

Reclamation operates the LCWSP to replace surface water that was diverted from the Colorado River for users in California that do not hold, or hold insufficient, Colorado River rights. Water pumped from the LCWSP is discharged into the AAC. The desired quality of water for acceptable discharge into the AAC is 879 ± 30 milligrams per liter or less of TDS concentrations on an average annual flow-weighted basis (U.S. Bureau of Reclamation, 2004).

The use of the lined AAC has greatly reduced groundwater recharge from seepage. TDS concentrations in water from LCWSP wells likely will increase as the low-TDS component of groundwater associated with AAC seepage since 1940 declines and native, high-TDS groundwater becomes the dominant source. 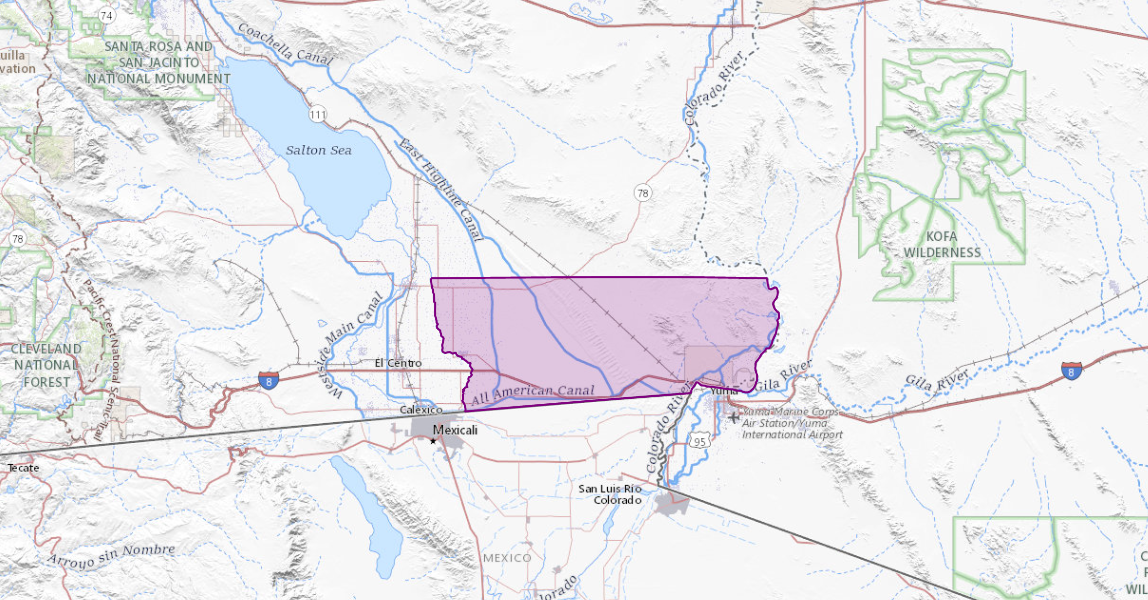 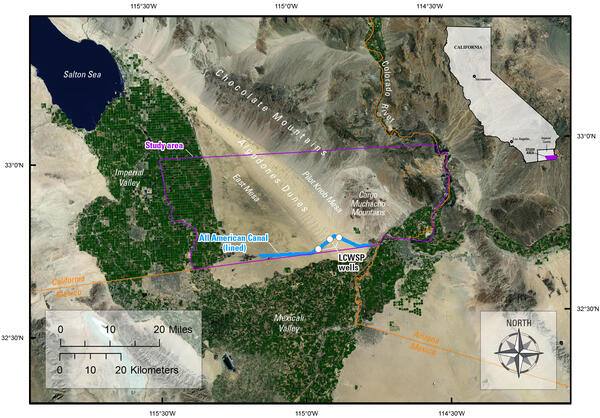 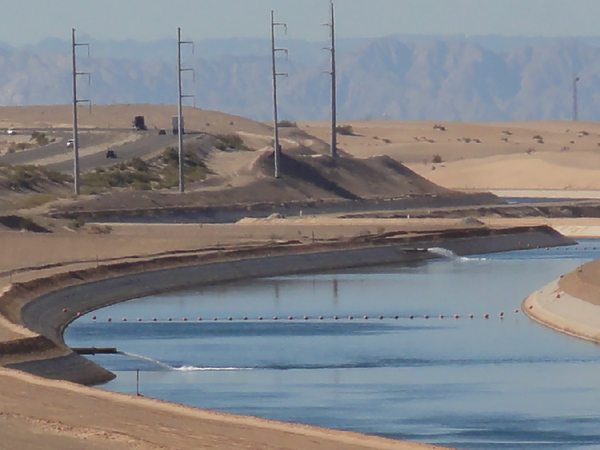 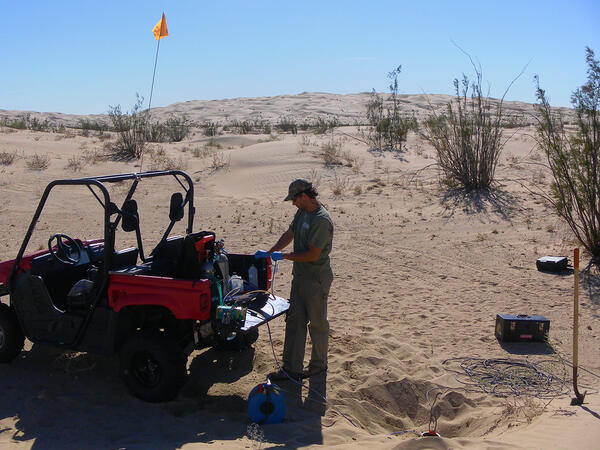 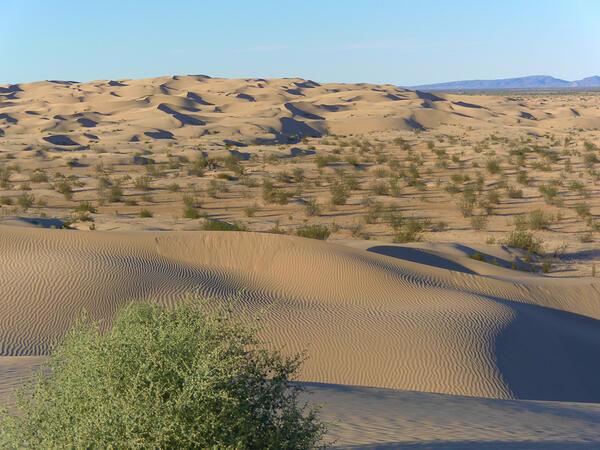 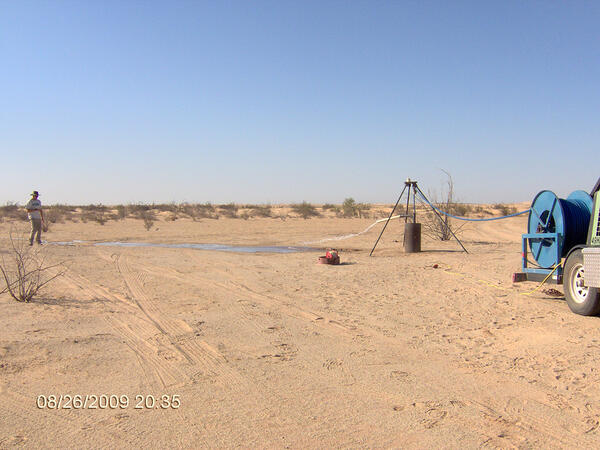 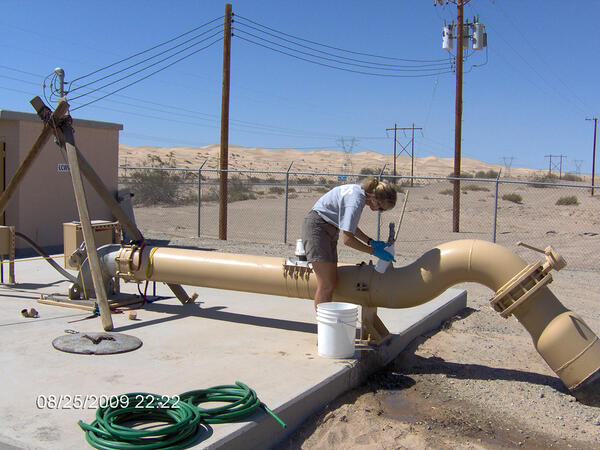 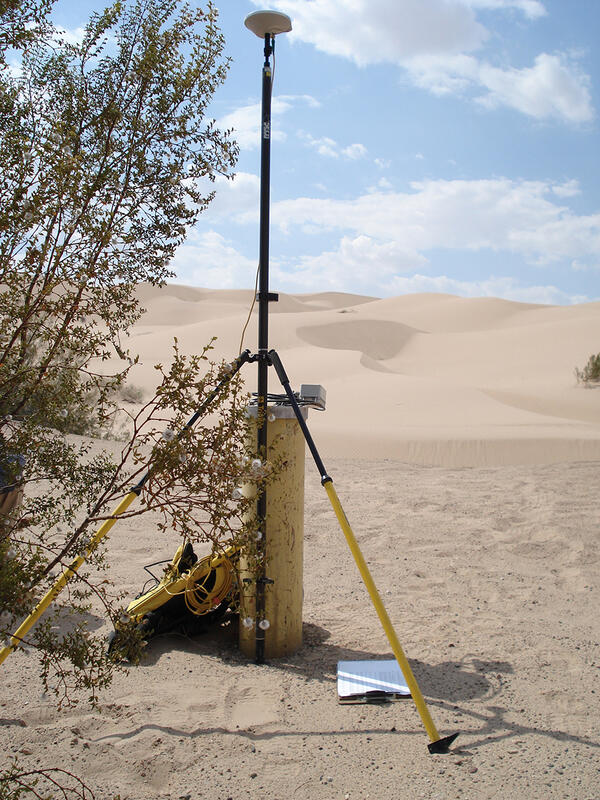 In 2009, the U.S. Geological Survey, in cooperation with the city of Needles, began a study of the hydrogeology along the All-American Canal, which conveys water from the Colorado River to the Imperial Valley. The focus of this study was to gain a better understanding of the effect of lining the All-American Canal, and other management actions, on future total dissolved solids concentrations in gr
By
Water Resources, California Water Science Center
December 23, 2021

Groundwater-flow models depend on hydraulic head and flux observations for evaluation and calibration. A different type of observation—change in storage measured using repeat microgravity—can also be used for parameter estimation by simulating the expected change in gravity from a groundwater model and including the observation misfit in the objective function. The method is demonstrated using new
By
Water Resources, Arizona Water Science Center, California Water Science Center
September 11, 2018

The Lower Colorado Monitoring Network is a series of groundwater-level and water-quality wells, as well as streamgages and micro-gravity sites. This interactive map displays the sites and provides links to the most current data.