Substantial flooding occurred in May 1946 in various streams in the northern Black Hills, which resulted from prolonged, heavy precipitation.  Flooding occurred along Bear Butte Creek, and a May 31 article in the Lead Call reported that Spearfish Creek was as high as it had been during the flood of 1933 when the railroad bed in Spearfish Canyon was washed out.  A peak flow of 9,800 ft3/s was recorded on May 24, 1946, at station 06437500 along Bear Butte Creek about 15 miles northeast of Sturgis. A monthly precipitation total of 18.61 inches was recorded in Deadwood for May 1946, with very large monthly totals for other precipitation stations in the northern Black Hills. 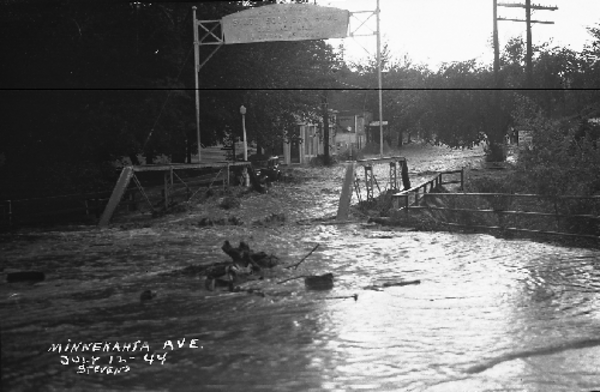