Geomorphology is classified as the study of the origin and evolution of topographic and bathymetric features created by physical, chemical or biological processes operating at or near the Earth's surface. Adding water creates a whole new dynamic known as Fluvial Morphology. Rivers and streams act as conduits of water along with sediment. As water flows over the channel bed, it is able to mobilize sediment and transport it downstream. The rate of sediment transport depends on the availability of sediment itself on the riverbed as well as its discharge. 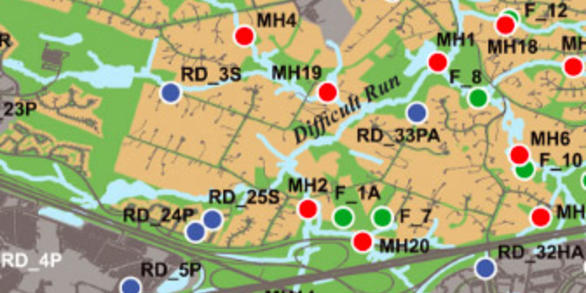 This study examines the contributions of sediment sources within Upper Difficult Run, a suburbanized watershed in Fairfax County, Virginia. A sediment source library was constructed from stream banks, forest soils, and road dust. 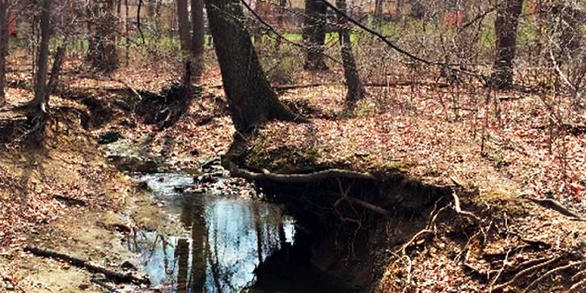 Dirt, sand, and other particulate material on parking lots and streets is washing off into urban streams, reports a new study by the U.S. Geological Survey Regional Stream Quality Assessment. 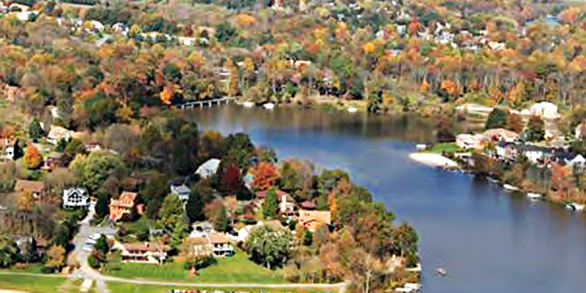 Sediment fingerprinting quantifies the delivery of finegrained sediment from a watershed and sediment-budget measurements quantify the erosion and deposition of fine-grained sediment. Both approaches were used to determine the sources of sediments.

Some More of Our Work

Urban streams frequently undergo severe incision and erosion due to flashy streamflows caused by impervious surfaces in the watershed. The study was designed to investigate the hydrodynamics and geomorphology of a selected reach of Minebank Run before and after stream restoration, in order to determine the effect that stream restoration had on sediment processes in the stream.

Long-Term Response Monitoring of Suspended-Sediment Transport Characteristics on the Patapsco River near Ellicott City, Maryland, in Response to the Removal of Simkins Dam, 2010-present

For over 100 years, the Patapsco River has been impacted by the presence of several dams that were designed and built at the beginning of the 20th century. The objective of the project is to monitor suspended-sediment transport resulting from the removal of Simkins Dam on the lower Patapsco River in November 2010. The role of USGS in the project includes operation and maintenance of 3 stream gages along the main stem of the lower Patapsco River for continuous discharge and turbidity, and periodic suspended-sediment sampling during base flow and selected storms.

The U.S. Geological Survey is studying coastal hazards and coastal change to improve our understanding of coastal ecosystems and to develop better capabilities of predicting future coastal change. One approach to understanding the dynamics of coastal systems is to monitor changes in barrier-island sub-environments through time. This involves examining morphological and topographic change at time scales ranging from millennia to years and space scales ranging from tens of kilometers to meters. Of particular interest are the processes that produce those changes and determining whether or not those processes are likely to persist into the future. In these analyses of hazards and change, both natural and anthropogenic influences are considered. Quantifying past magnitudes and rates of coastal change and knowing the principal factors that govern those changes are critical to predicting what changes are likely to occur under different scenarios, such as short-term impacts of extreme storms or long-term impacts of sea-level rise. Assateague Island MD/VA was selected for detailed mapping of barrier island morphology and topography because the island offers a diversity of depositional sub-environments that are representative of other barrier islands along the middle Atlantic coast. The geomorphology and sub-environment map emphasizes the origins of the surficial features and it also serves as a basis for documenting which sub-environments are relatively stable, such as the barrier island core, and those that are highly dynamic, such as the beach and active overwash zones.

Improving stream health is an important outcome of the Chesapeake Bay Program partnership. Stream conditions are important for recreational fisheries, and mitigating the amount of nutrients, sediment, and contaminants delivered to the Bay.