In 2020 the USGS began a partnership with the U.S. Environmental Protection Agency (EPA) Region 1 Southeast New England Program for Coastal Watershed Restoration (SNEP) and EPA Office of Research and Development (ORD), Atlantic Coastal Sciences Division, Narragansett, RI in support of water-quality and ecological monitoring being conducted by ORD in the coastal waters around Wickford, RI. The USGS is conducting a study to characterize groundwater and surface water-quality to address the need for a better understanding of nutrient inputs to the coastal waters. The study will focus initially on local-scale hydrologic monitoring adjacent to Academy Cove.

Wickford, Rhode Island is in a densely developed area on the western shore of Narragansett Bay (fig. 1) where sewers are currently (2021) being installed to reduce nutrient loading (nitrogen is the constituent of greatest concern) to streams and coastal embayments. EPA ORD has been monitoring water-quality and sampling sediment and algae at ten locations in the saltwater embayments around Wickford for the past two years; however, there is a lack of nitrogen loading information to complement the embayment monitoring. Coastal areas receive nitrogen inputs from both groundwater and surface water sources in the watersheds bordering the coastline. Nitrogen concentrations and loads to the Wickford embayments likely vary both spatially and temporally in response to seasonality, storm events, and longer-term factors such as changes in land-use and wastewater-disposal practices. Differences in travel times will also affect groundwater nitrogen loading from bordering watersheds.

Sewer installation is currently under way in Wickford, and, consequently, groundwater nitrogen loading to surface waters from local sources is expected to decline over time. However, data are not available to determine current conditions or evaluate the magnitude and rate-of-change of loading in response to sewering. To better understand nutrient inputs to the coastal waters around Wickford, USGS is conducting a study to characterize groundwater and surface water-quality and loads. The study will focus initially on local-scale hydrologic monitoring near Academy Cove, including a detailed investigation of septic-system wastewater loading at the North Kingstown library which is located on the western side of the Cove (fig. 1). An existing USGS groundwater model of the Hunt-Annaquatucket-Pettaquamscutt River Basins (https://pubs.er.usgs.gov/publication/sir20125114) will also be utilized to investigate groundwater nitrogen loading to streams and coastal waters at the more-regional watershed scale around Wickford Harbor.

Groundwater sampling was conducted along the shoreline of Academy Cove during the winter of 2021 to obtain preliminary data on local-scale groundwater and plume discharge from the library septic system (fig. 2). Additional planned site-characterization work includes installation of a network of wells and multilevel samplers, measurement of groundwater and Academy Cove water levels, and collection of water-quality samples from the well network, and, potentially, from streams draining to the Cove. Monitoring may be expanded in future phases of the study to evaluate nitrogen loading to the entire Cove from the upgradient sources in the surrounding watershed. Over time, hydrologic and water-quality data will provide observations on the location, magnitude, and rates of change of loading in response to sewer connections. These data will be used to support the models of estuarine response to nutrient loading being developed by EPA ORD. 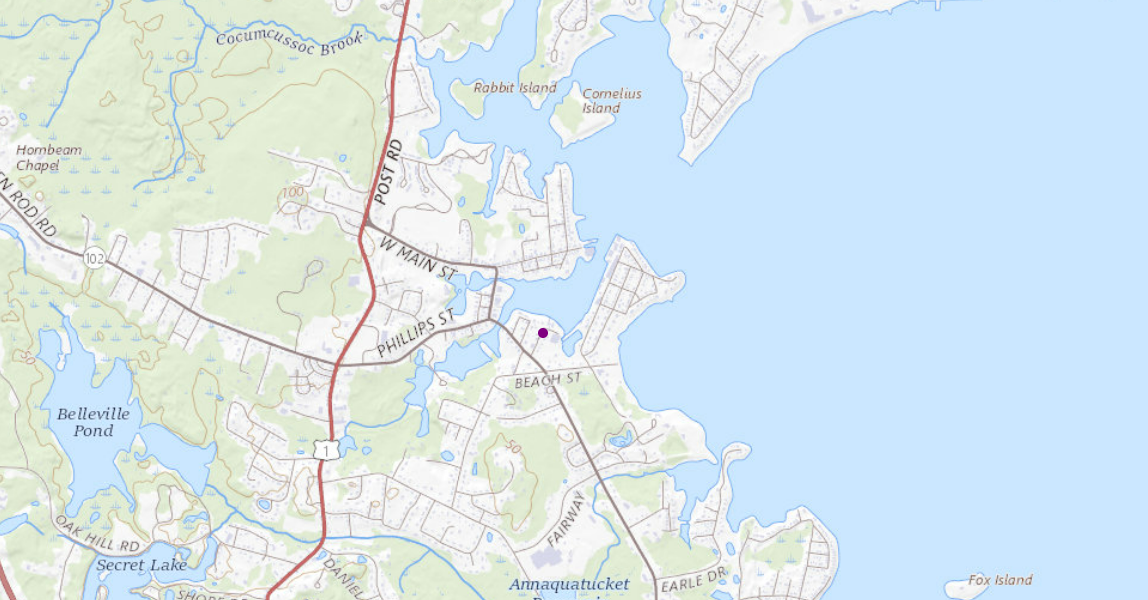 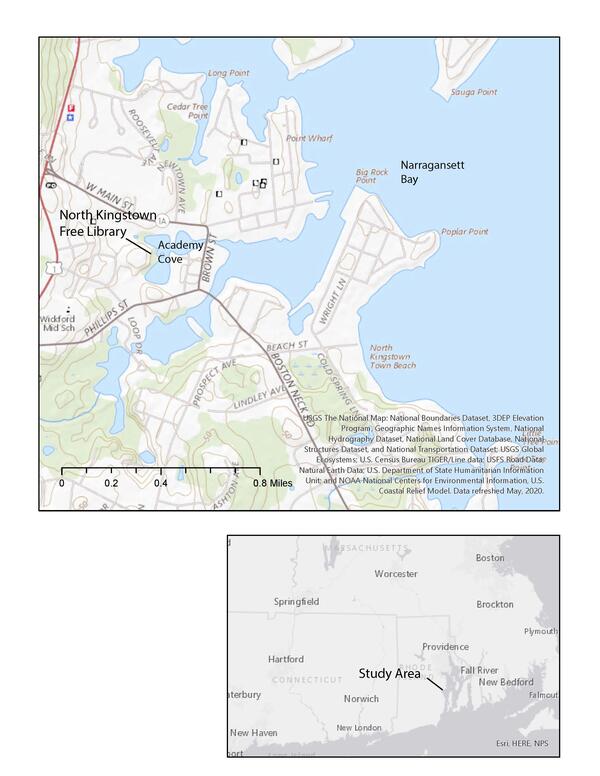 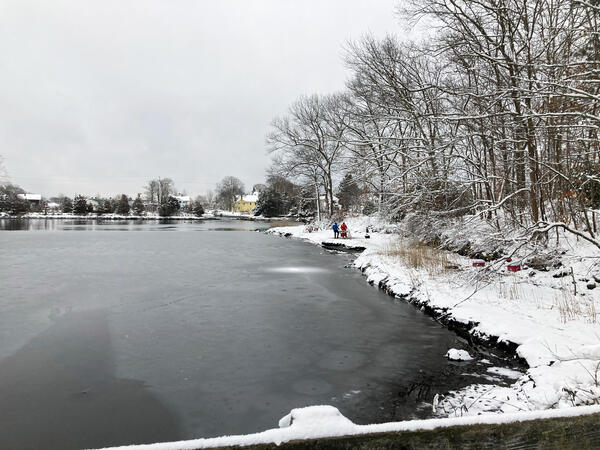 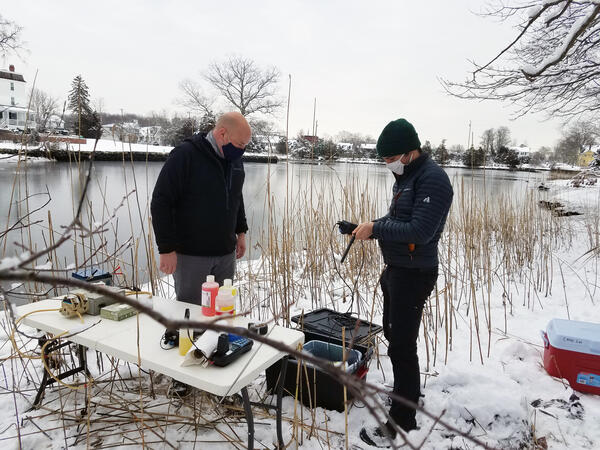