The Massachusetts Department of Environmental Protection is in the process of revising the procedures for the “Frimpter Method” for estimating high groundwater levels based on the recent report “Updating Data Inputs, Assessing Trends, and Evaluating a Method To Estimate Probable High Groundwater Levels in Selected Areas of Massachusetts.” On Cape Cod, the Cape Cod Commission uses a slightly different method to estimate high groundwater levels.

For this study, groundwater levels in 153 wells in Massachusetts and surrounding States with records with lengths of 16 to 78 years were analyzed. The highest recorded groundwater levels ranged from 1.2 feet (ft) above land surface (flooded conditions) to 45.8 ft below land surface, with a median of 4.6 ft below land surface. The maximum annual groundwater-level range was 1.4 to 17.9 ft, with a median of 5.5 ft. Wells completed in till generally have larger annual groundwater-level ranges than wells completed in stratified drift.

Associated data for this publication: 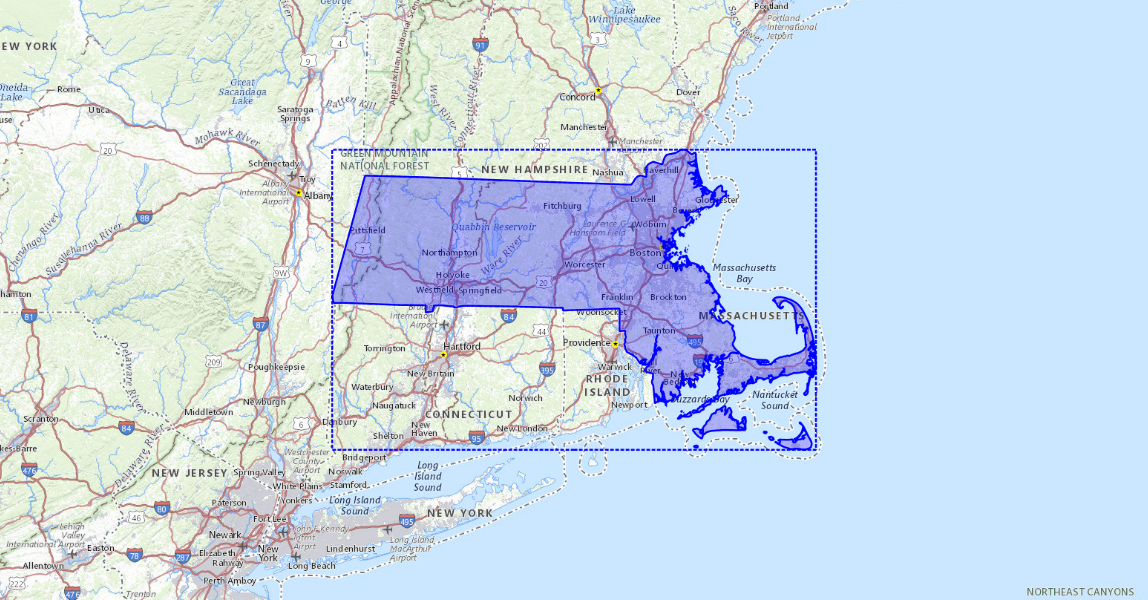 Below are data releases associated with this project.

Water-level records from an observation-well network are analyzed for utility in estimating probable high ground-water levels in three different geohydrologic environments in Massachusetts. Analyses were made of 83 observation wells with between 8 and 37 years of records. Maximum annual water levels occur most frequently in March and April. The maximum range of water levels equaled or exceeded at
By
New England Water Science Center
January 1, 1994

Water-level records from 146 short-term (1 year) observation wells and 13 long-term (16-28 years) observation wells were used to estimate the probable high ground-water level that could occur at any site on Cape Cod. The estimation was based on correlation of a single water-level measurement from a test site with water-level records of the nine index wells. Maps showing areas of Cape Cod represent
By
New England Water Science Center
September 28, 2022

A method (commonly referred to as the Frimpter method) was developed in early 1980’s to estimate probable high groundwater levels across Massachusetts. The map and table on the web page linked above provide information on wells in the Massachusetts Observation-Well Network which have been used as index wells.