The Adirondack region of New York has a history of relatively high atmospheric sulfur (S) and nitrogen (N) deposition (Greaver et al. 2012).   Adirondack ecosystems have been impacted by these inputs, including soil and surface water acidification, and impaired health and diversity of forest vegetation and aquatic biota.  Air quality management, through the Clean Air Act, the U.S. Environmental Protection Agency NOx Budget Trading Program, and the Clean Air Interstate Rule (CAIR) has resulted in decreases in atmospheric S and N deposition in the Adirondacks and throughout the eastern U.S.  (Lehmann et al., 2005), which is driving the recovery of surface waters from past acidification.

Section 303(d) of the Clean Water Act requires states to list waters for which technology-based effluent limitations are not adequate to meet water quality standards.  New York has listed 128 lakes in the Adirondack as not supporting the designated use classification (i.e., impaired) due to acidity, as reflected by pH values below 6.0 (Fakhraei et al., 2014). The designated use classifications for surface waters in New York include protection of fish and aquatic life, wildlife and recreation. A total maximum daily load (TMDL) analysis for acid-impaired watersheds was conducted by the New York State Department of Environmental Conservation determining that the lake water acidity in this region was largely from regional atmospheric sources of acidic deposition. However, this analysis did not develop TMDLs for stream watersheds of which large numbers in the Adirondacks would be considered impaired if a similar approach was applied as that used for lakes (Lawrence et al., 2008).

A “critical load” (CL) is an estimate of the deposition of one or more pollutants below which significant harmful effects on specified sensitive elements of the ecosystem do not occur according to present knowledge (Sullivan et al., 2012; Nilsson and Grennfelt, 1988; Burns et al., 2008). A related concept, the “target load” (TL), is the deposition of one or more pollutants that results in an acceptable level of resource protection based on policy, economic, or temporal considerations (Porter et al., 2005). CLs depict a steady-state response of an ecosystem to a given level of atmospheric deposition.  A dynamic critical load (DCL) is a type of target load representing the dynamic conditions of an ecosystem that is not at steady-state with respect to acidic deposition, but rather is changing over time. CLs can be determined using steady-state or dynamic models (McNulty et al., 2007; Sullivan et al., 2012) or can be based on empirical observations (Pardo, 2010). DCLs can only be characterized with dynamic models. CLs and DCLs are tools used by scientists, policy makers, and engineers to depict the inputs of air pollutants that an ecosystem can sustain without damage to its structure or function and to guide management decisions on mitigating ecosystem effects from air pollution.  CLs have been developed and applied in the Adirondacks for lakes (Sullivan et al., 2012; Zhou et al 2015; Sullivan and Jenkins 2014).

Acidification of surface waters by acid deposition has resulted in the loss of acid sensitive aquatic species and has caused declines in species richness in all tropic levels from bacteria to fish (Driscoll et al., 2003; Nierzwicki-Bauer et al., 2010). In streams, fish species richness and abundance as well as metrics based on macroinvertebrates that combine acid sensitivity and acid tolerant species have proven useful in characterizing and quantifying the effects of acidification on lotic waters (Baldigo et al., 2009). These data provide a framework for extrapolating to expected biological impacts based on stream chemical data, which are more widely available than biological data.

High quality, long-term data sets of lake water quality are available for the Adirondacks and these data have been widely studied and reported (Driscoll et al. 2007; Waller et al. 2012; Fakhraei et al., 2014).  Streams, in contrast, represent an important, but understudied, resource in the Adirondacks.  Stream studies to date include collection of long-term data (Lawrence et al. 2012), and extensive stream surveys of hundreds of sites (Lawrence et al. 2008).  This work has shown that some streams, particularly in the western Adirondacks, have been impacted by acid deposition.  Adirondack streams seem to generally be more acid sensitive than lakes and are more temporally variable, but seem to be recovering (albeit slowly) from recent decreases in acid deposition.  Whereas there have been TMDL and CL projections of the loads of acid deposition necessary to drive the recovery of Adirondack lakes, no comparable analysis has been conducted for streams.

The overall goal of this project is to use a critical loads framework to perform model simulations of atmospheric deposition allowable to permit potential recovery of well-studied stream ecosystems, and to evaluate the use of these model results to extrapolate potential recovery of the broader population of Adirondack streams. Ultimately, the project will model ecosystem responses for three emissions scenarios.  Two scenarios, status quo (i.e., current deposition) and the theoretical complete elimination of anthropogenic acid deposition to estimated pre-industrial (~1850) levels, will bracket a third intermediate scenario based on emissions reductions anticipated from anticipated emission control programs (e.g., Mercury and Air Toxics Standard (MATS); Cross State Air Pollution Rule (CASPR).  These scenarios will bracket levels of emissions and deposition reductions that might be considered by New York State for protection of acid-sensitive resources in New York. Details of these scenarios will be specified in consultation with NYSERDA, New York State Department of Environmental Conservation (NYSDEC), and U.S. Environmental Protection Agency (EPA). The model outputs generated in this project will inform stakeholders about anticipated stream ecosystem responses to ongoing and planned emissions reductions, and how the State might benefit from even further emissions reductions from upwind power generators and other sources.

Following compilation of input and watershed data, the model PnET-BGC, a biogeochemical model, will be run on well-studied streams sites to test model simulations. Once confidence in the models stream simulations against known data points (i.e. model validation) is obtained, persistent, transitional, and buffered sites (15-30 sites in total, as defined below) will be simulated.  Effects of seasonal variation in acidification of Adirondack streams driven by variations in flow will be assessed.  PnET-BGC provides simulations at a monthly time step. The project will examine the extent of acidification associated with seasonal variation in watershed hydrology and biogeochemical processes depicted in the model. These model results will be compared with field data of key acidification metrics (e.g. acid neutralizing capacity, ANC; base cation surplus, BCS) during higher flow, which will then be compared with values of the same metrics during base flow conditions.  Results will be extrapolated to the population of Adirondack streams and compared with previous modeling results, especially those for Adirondack lakes.

Stream site selection shall be undertaken by USGS in consultation with SU and E&S. It will entail selecting for site-specific modeling of a group of stream sites that have been surveyed in recent years for stream and watershed soil chemistry by USGS (stream and soil data), and E&S (soil data).  Stream sites will be organized by USGS into three classes according to acidification sensitivity based on stream ANC, BCS, and possibly other variables. The goal of this Task shall be to select a minimum of 5-10 sites within each of three classes for modeling. Sites shall be selected from among those that have available stream chemistry data, including under low flow and high flow, and soil chemistry data for PnET-BGC modeling.

Long-term simulations using PnET-BGC shall be run by SU.  Simulations shall be initiated in the year 1000 allowing for a spin-up period to achieve steady state (e.g., net ecosystem production (NEP) of the simulated forest watershed remains close to zero) before anthropogenic disturbances are applied to the model after 1850. The model shall be run by SU on a monthly time step. Monthly values of atmospheric deposition of all major elements and meteorological data (minimum and maximum temperature, precipitation, solar radiation) shall be input by SU for the entire simulation period. The model shall be run under constant background deposition and no land disturbance until 1850 to achieve steady-state; these results will be used to evaluate “background” (i.e., pre-1850) conditions. Changes in atmospheric deposition and land disturbance events shall be initiated after 1850. The model shall be run by SU from 1850 through 2014 based on measured values of atmospheric deposition and reconstructions of historical deposition from emission records.

Critical loads and associated calculations shall be conducted by SU with assistance from E&S. Model output for each site will be available for each year of model simulation (i.e., 1850-2200) but will be reported specifically for the years of interest (e.g., 2030, 2050, 2100 and 2200). For critical load calculations, SU, in consultation with E&S, shall simulate the deposition loading rates needed to restore stream chemistry to ANC or BCS values equal to the streamwater preindustrial values less 10 and 20 µeq L-1. These values have been selected in recognition of the importance of past depletion of available base cations for ambient and future surface water chemistry in the Adirondacks. Because of past depletion of soil available calcium and other base cations, previous modeling studies for lakes have shown that it may not be possible to restore ANC or BCS to preindustrial values by the year 2200, even if acid deposition is decreased to pre-industrial and held at that level throughout the duration of the simulations.

Results of site-specific scenarios and CL modeling shall be extrapolated by E&S, in consultation with SU and USGS, from the 15-30 modeling sites to the population of Adirondack streams, using the USGS survey framework and a sensitivity classification approach.

Because the CL and scenario modeling will produce annual results which are indicated of base-flow conditions, an additional analysis of acidification associated with flow conditions that vary seasonally (i.e., high flows during snowmelt, low flows during summer) shall also be performed by SU in collaboration with USGS.  Effects of seasonal variation in acidification in Adirondack streams shall be assessed.  PnET-BGC conducts monthly simulations. SU shall examine the extent of acidification associated with seasonal variation in watershed hydrology and biogeochemical processes depicted in the model.

This task will be performed by the USGS. The stream chemistry data sets used in the modeling will be analyzed by normalizing results to high, medium, and low flow. Historic stream sampling represents periods of both high and low flow. Streamflow will be quantified through use of the New York State Streamflow Estimation Tool, which applies a statistical approach to estimate flow at ungauged watersheds (Gazoorian et al., 2015).  This analysis will provide estimates of the extent to which ANC and BCS, decrease and pH, and inorganic monomeric aluminum increase at high flow. These values will be compared with modeling results to determine the extent to which episodic acidification affects interpretations of critical loads.

Task 8.  Comparison with results from other studies

Co-investigators for this study have been involved in numerous CL studies, including many in the Adirondacks. These studies in the Adirondacks have focused mainly on lakes and lake watersheds. Critical load studies in other regions have more commonly included stream systems. Results of these previous studies shall be compared and contrasted with modeling results produced in this study by SU.  E&S with support from SU shall ascertain the modeled differences in Adirondack lake versus stream acid-sensitivity.

A.  Progress Reports.  Each participating entity (SU, E&S, USGS) shall submit to NYSERDA on a quarterly basis (the starting date being the date this agreement is fully executed) brief progress reports summarizing the project actions/findings to date, those planned and any deviations from the Agreement.  These reports may also be used to support project invoices, if the invoices are submitted in coordination with the progress reports. 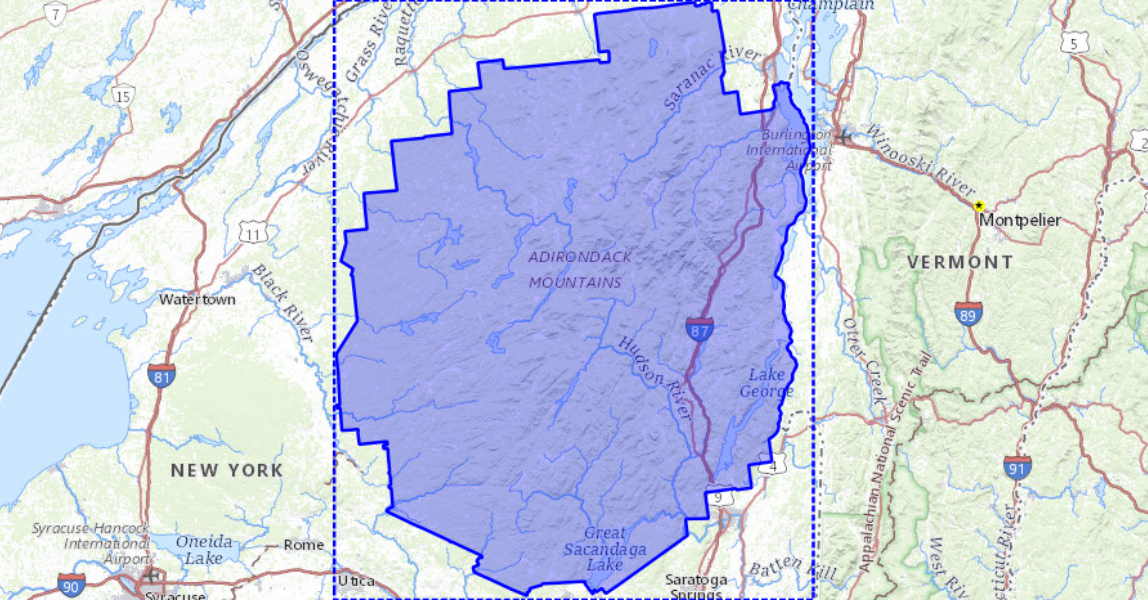