Pacific Lampreys (Entosphenus tridentatus) have lived in the Columbia River Basin for millenia and have great ecological and cultural importance. Lamprey populations in the Pacific Northwest and other parts of the world have declined dramatically in recent decades, probably owing to multiple causes. The role of habitat contamination in the declines has rarely been studied and was the main objective of this study.

The goals of this study were to provide information about the bioaccumulation of several classes of contaminants of concern in larval and adult Pacific Lampreys and habitat in key areas of the Columbia River Basin with respect to organism health during sensitive life stages before their transformation to adults, comparison to levels in tissues of adult lampreys, and consideration of lamprey and human health implications.

In 2011, the U.S. Geological Survey (USGS) and the Columbia River Inter-Tribal Fish Commission (CRITFC) partnered to study the role of contaminants as a potential threat to the survival of Pacific Lamprey. The focus of the first phase of the study was to provide reconnaissance-based information to improve understanding of exposure and bioaccumulation of organic contaminants in larval Pacific Lampreys in the Columbia River Basin. The emphasis was primarily on larvae because they are resident in the Columbia River Basin during this life stage and their infaunal feeding strategy makes them particularly susceptible to bioaccumulating organic contaminants associated with sediment and organic matter.

Larval lampreys and sediments were sampled in 2011–2012 from several basins of interest to CRITFC member Tribes, including Umatilla, Fifteenmile, Deschutes, Hood River, Willamette, and Yakima. Contaminants of concern included many compounds that have the potential to pose both an ecological threat to the organism and a threat to human health via consumption of adult lampreys.

Some key results were that concentrations of persistent organic compounds in larval lamprey tissues were much higher than in sediments, reflecting bioaccumulation. Most sites had a combination of flame retardants and pesticides detected, with pesticides at higher concentrations; however, concentration patterns varied markedly between basins. PCBs were detected only rarely in larval lampreys, suggesting that PCBs may accumulate in Pacific Lamprey during post-larval life stages. The most prevalent contaminants in larval lamprey tissues were organochlorine pesticides and their degradates and several PBDE flame retardants. Concentrations of some compounds were present at levels that exceed critical tissue levels and therefore present a risk to organism health.

Phase 1 provided important context for the potential impacts of contaminants on the health of Pacific Lamprey in the Columbia Basin. Phase 2 was focused on contaminant burden during different life stages, especially returning adults at harvest locations and at mainstem dams. This will allow analysis of implications for human health to Tribal members who harvest and consume Pacific lamprey.

4. Fill data gaps, geographically and within the life history of Pacific Lamprey.

Phase 2 sampling took place during 2014–2016 in collaboration with personnel from Yakama Nation, Confederated Tribes of Warm Springs (CTWS), Confederated Tribes of Umatilla Indian Reservation (CTUIR), and Nez Perce. Larval lampreys were collected by electroshocking and netting at the surface. Adult lampreys were collected as part of tribal harvest and other existing sources, such as translocation activities and mainstem dam mortalities, which minimized unnecessary adult mortalities. Sites for additional larval lamprey sampling were those with known water quality concerns (downstream of agriculture, industry; within coal transport zones; etc.) and/or at relatively uncontaminated sites for comparison. 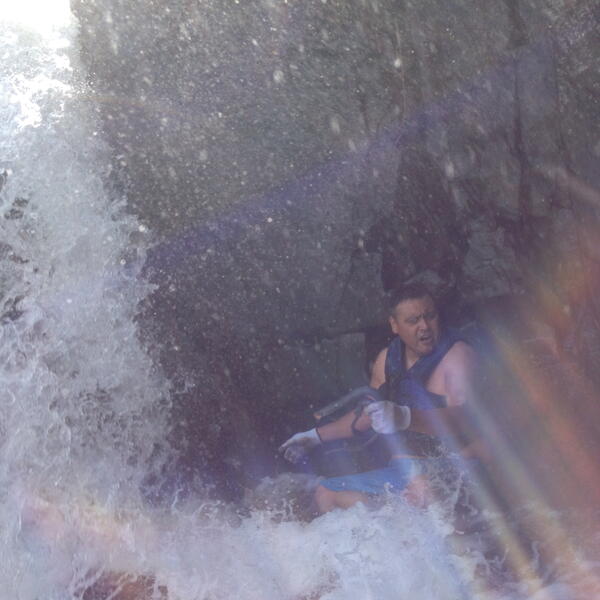 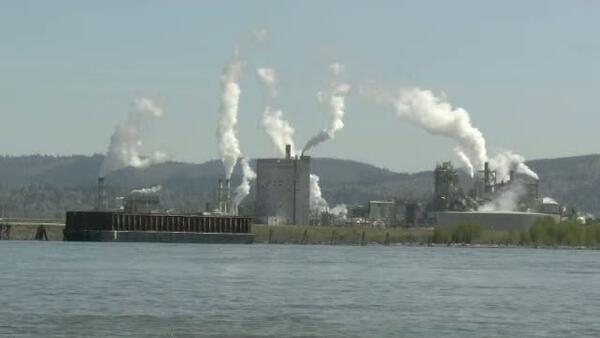 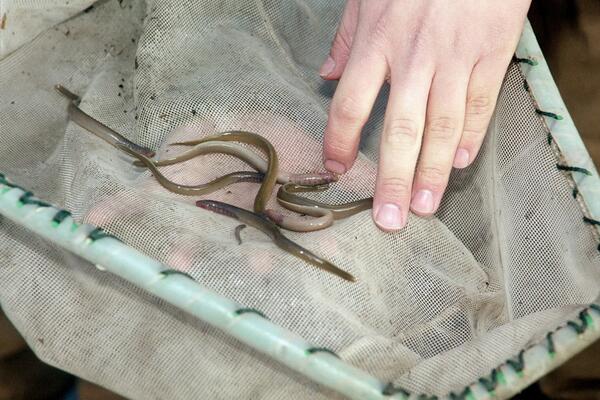 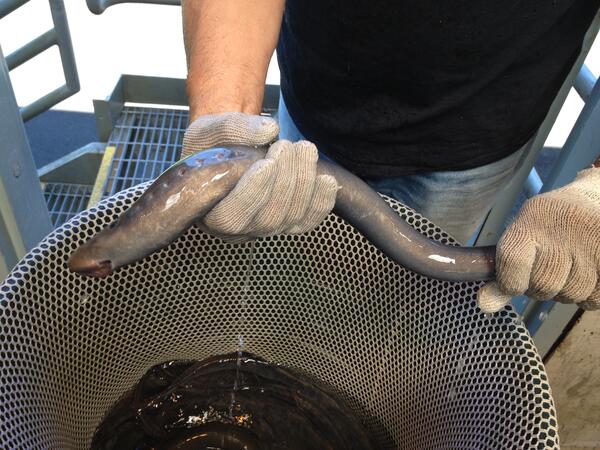 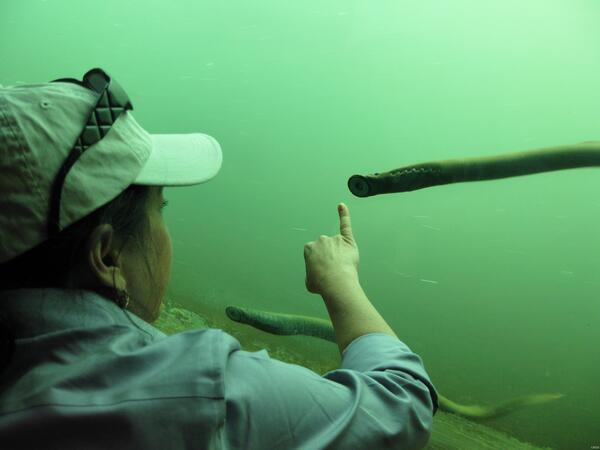 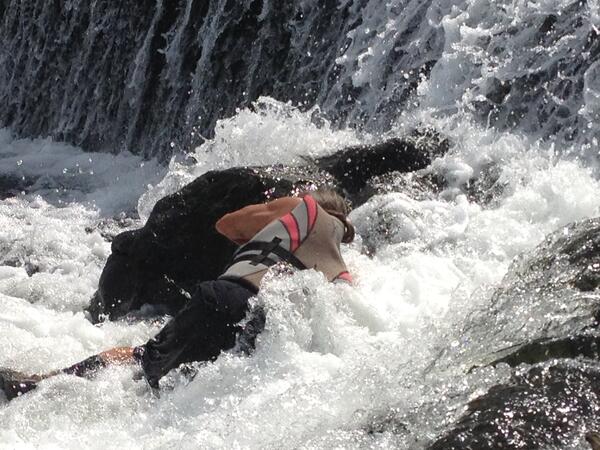 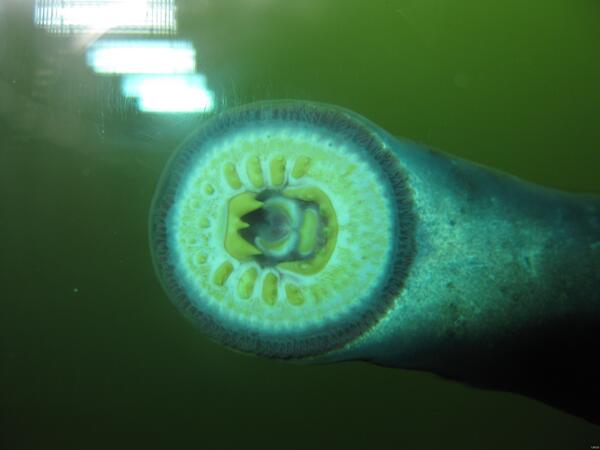 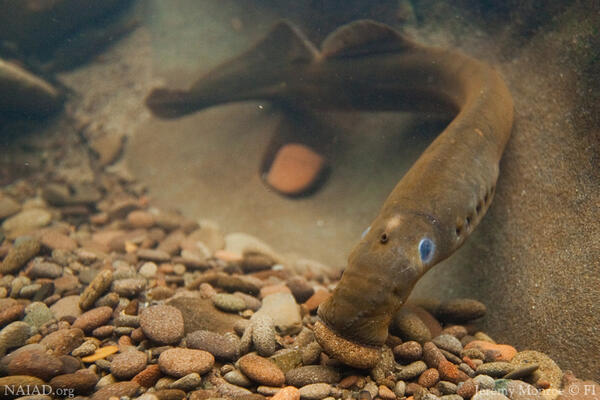 Pacific lampreys (Entosphenus tridentatus) have resided in the Columbia River Basin for millennia and have great ecological and cultural importance. The role of habitat contamination in the recent decline of the species has rarely been studied and was the main objective of this effort. A wide range of contaminants (115 analytes) was measured in sediments and tissues at 27 sites across a large geog
By
Water Resources, Oregon Water Science Center 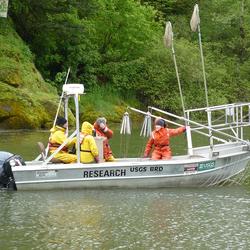 A newly published scientific study discovered that some resident fish in the lower Columbia River, namely largescale suckers, contain chemicals that health officials have determined can cause health concerns for people who eat large quantities of the fish.
By
Communications and Publishing