Information about the 1997-1998 study by USGS Pacific Coastal and Marine Science Center, to map the floor of San Francisco Bay in order to reveal the bay's shipping hazards. 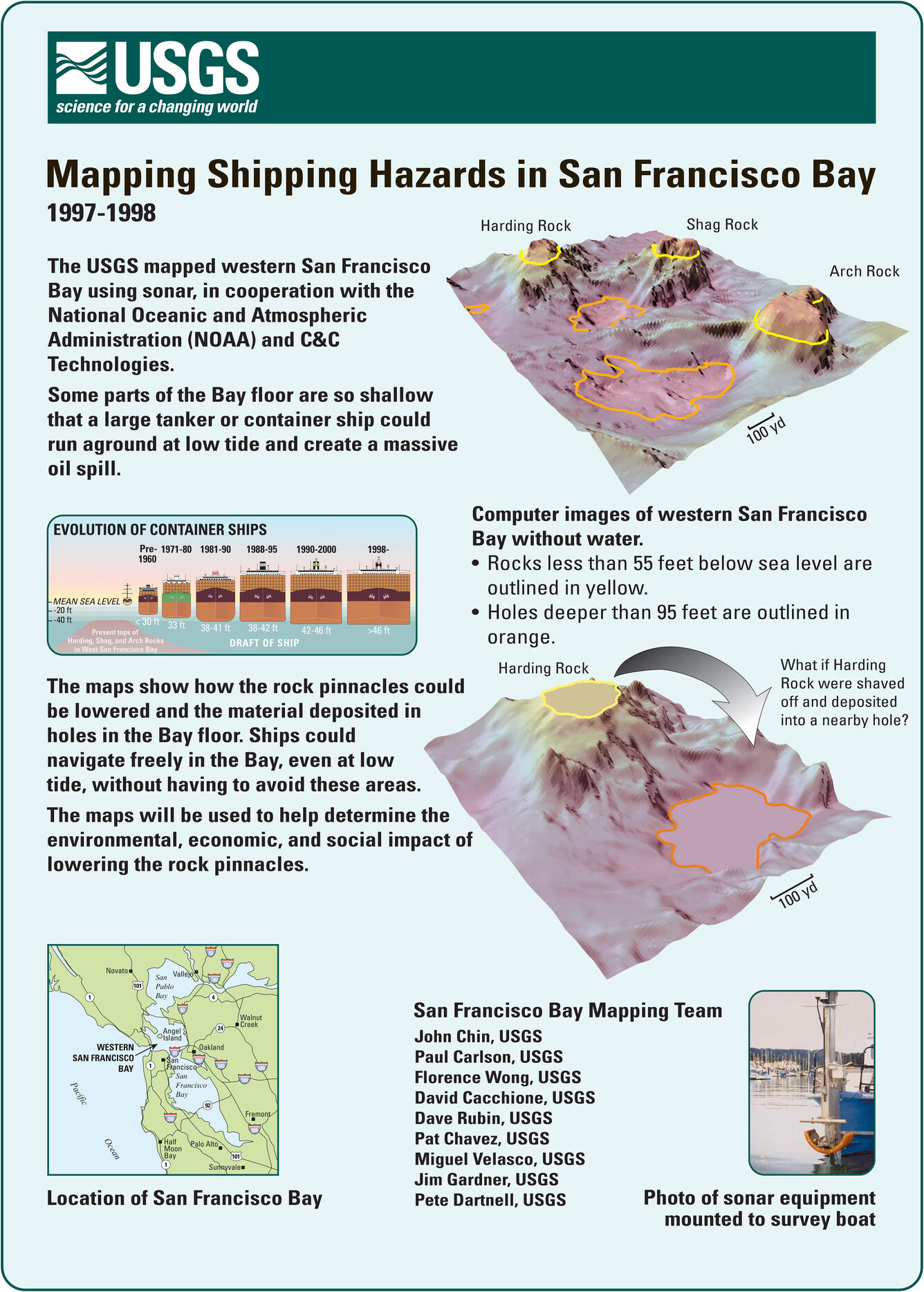 The USGS mapped western San Francisco Bay using sonar, in cooperation with NOAA and C&C Technologies. Some parts of the Bay floor are so shallow that a large tanker or container ship could run aground at low tide and create a massive oil spill. The maps show how the rock pinnacles could be lowered and the material deposited in holes in the Bay floor. Ships could navigate freely in the Bay, even at low tide, without having to avoid these areas. The maps will be used to help determine the environmental, economic, and social impact of lowering the rock pinnacles. 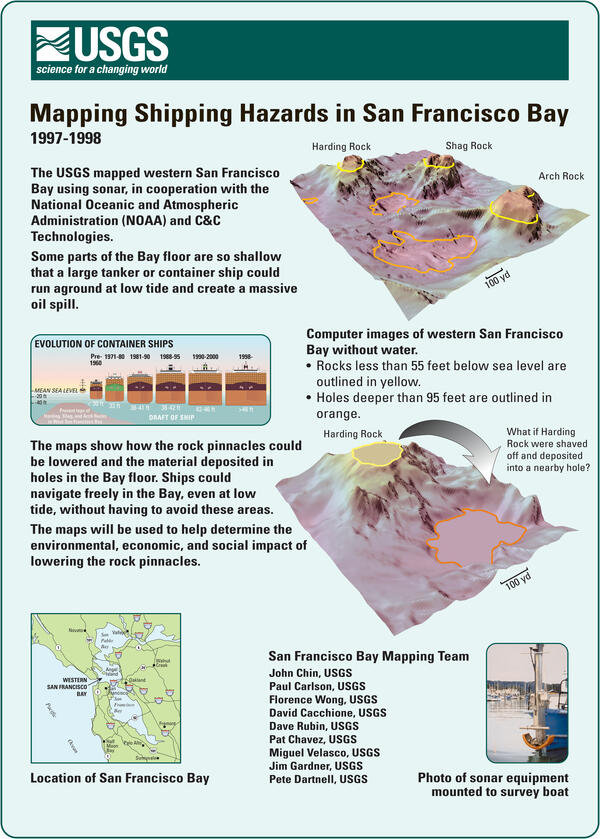 San Francisco Bay is the largest estuary on the conterminous U.S. Pacific Coast and is one of the world's largest natural harbors. It is a biologically productive and diverse environment. San Francisco Bay has a maritime economy that annually generates over $7.5 billion, handles 50 million tons of cargo, and involves thousands of jobs. Recent investigations by the USGS in this estuary help address

Shifting shoals and shattered rocks: How man has transformed the floor of west-central San Francisco Bay

San Francisco Bay, one of the world's finest natural harbors and a major center for maritime trade, is referred to as the 'Gateway to the Pacific Rim.' The bay is an urbanized estuary that is considered by many to be the major estuary in the United States most modified by man's activities. The population around the estuary has grown rapidly since the 1850's and now exceeds 7 million people. The Sa
By
Pacific Coastal and Marine Science Center
July 1, 2003

Three bedrock knobs (Arch, Harding, and Shag rocks) rise above the unconsolidated sediment of central San Francisco Bay to a water depth of less than -12 m (