The June 2008 floods were aggravated by saturated soils that persisted from unusually wet antecedent conditions from a combination of floods in August 2007, more than 100 inches of snow in winter 2007–08, and moist conditions in spring 2008. The flooding caused immediate evacuations and road closures and prolonged, extensive damages and losses associated with agriculture, businesses, housing, public health and human needs, and infrastructure and transportation. A popular recreational lake, Lake Delton, drained suddenly after a portion of a county highway and underlying dike failed due to over-saturated soils, creating a new drainage channel to the Wisconsin River.

Extensive flooding along the Baraboo River, Kickapoo River, Crawfish River, and Rock River caused particularly severe damages in nine communities and their surrounding areas: Reedsburg, Rock Springs, La Farge, Gays Mills, Milford, Jefferson, Fort Atkinson, Janesville, and Beloit. Flood-peak inundation maps and water-surface profiles were generated for the nine communities in a geographic information system by combining flood high-water marks with available 1-10-meter resolution digital-elevation-model data. The high-water marks used in the maps were a combination of those surveyed during the June flood by communities, counties, and Federal agencies and hundreds of additional marks surveyed in August by the USGS. The flood maps and profiles outline the extent and depth of flooding through the communities and were used in flood response and recovery efforts by local, county, State, and Federal agencies.

GIS files are available for the following locations:

Peak-gage-height data, peak-streamflow data, and estimated flood probabilities from the June flood for 32 USGS streamgages and 3 ungaged locations are presented in tables 3 and 4. The data listed in table 3 have not received final checks as of the date of writing (December 2008) and are considered provisional until published in the USGS “Water-Resources Data for the United States” annual report for water year 2008. Table 5 lists the correspondence between flood probability and recurrence intervals for commonly used flood probabilities. New gage-height or streamflow records were set at 21 USGS streamgages. Flood probabilities at the streamgages with record gage-height or streamflow ranged from 0.002 to 0.04 (range based on 95-percent confidence intervals). Five streamgages had estimated flood probability ranges of 0.005 or less based on the 95-percent confidence intervals (table 3). The Baraboo River peaked at 10 ft above flood stage (National Weather Service, 2008). Some streams rose and fell rapidly beginning on June 7 or soon after (table 3, fig. 5). Large streams took longer to peak; the Rock River at Afton did not peak until June 21, and flooding continued into July (table 3, fig. 5).

The June 2008 flood took on different characteristics in each of the nine severely damaged communities included in this study. At Reedsburg and Rock Springs, flows of the Baraboo River peaked at approximately 11,500 to 12,900 ft3/s in the early hours of June 10 after especially heavy rainfall fell on the watershed upstream from these communities (table 4). Farther downstream and to the east, the Baraboo River at Baraboo peaked 3 days later from additional thunderstorms that hit the eastern part of the watershed harder than the western part upstream from Reedsburg (figs. 1 and 5). The flooding on the Baraboo River likely had flood probabilities of 0.002 or less (table 3). Flooding on the Baraboo River was responsible for unprecedented closures of Interstates 90-94 and 39 north of Madison.

Farther east, the Crawfish River at Milford rose more slowly than the Kickapoo and Baraboo Rivers and peaked on June 16 after the second set of thunderstorms on June 12 (fig. 5, table 3). The low-lying gentle topography and numerous wetlands in the Crawfish River watershed contributed to the long duration of the flood, which lingered into the latter part of June. Peak streamflow for the Crawfish River likely had a flood probability less than 0.01 (table 3).

The communities of Jefferson, Fort Atkinson, Janesville, and Beloit along the Rock River also experienced prolonged flooding (fig. 5), and the Rock River did not peak until June 21 at Indianford and Afton (table 3). Estimates for flood probabilities for the flooding along the Rock River range widely, from 0.002 to 0.04 (table 3). The extended time for the Rock and Crawfish Rivers flooding resulted in the unprecedented closure of westbound Interstate 94 for June 13–19 between Milwaukee and Madison (Channel 3000, 2008). 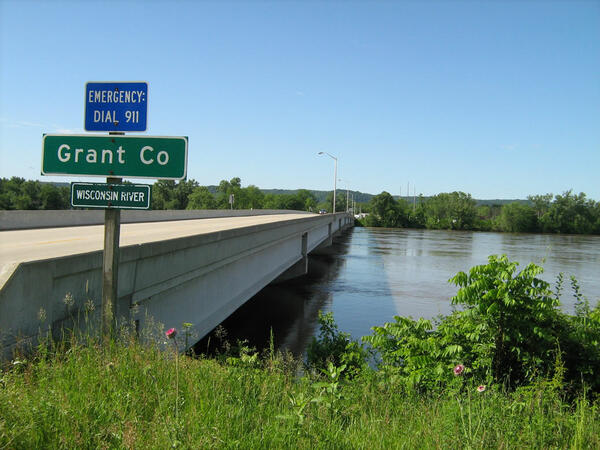 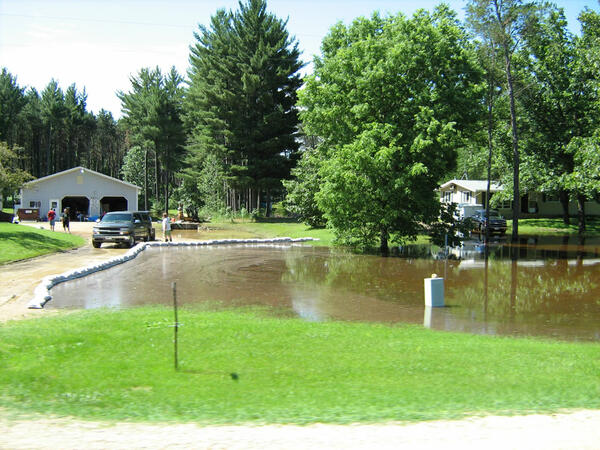 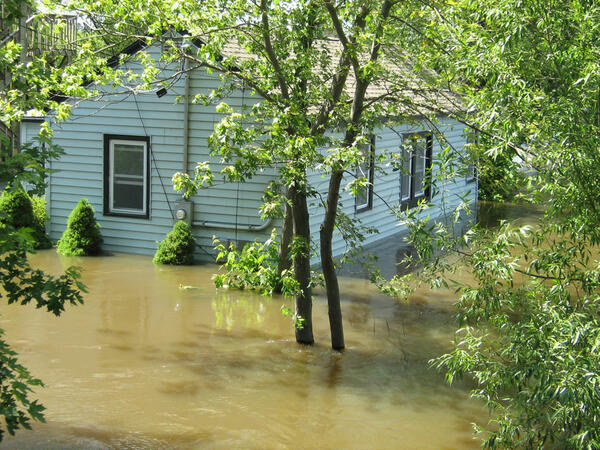 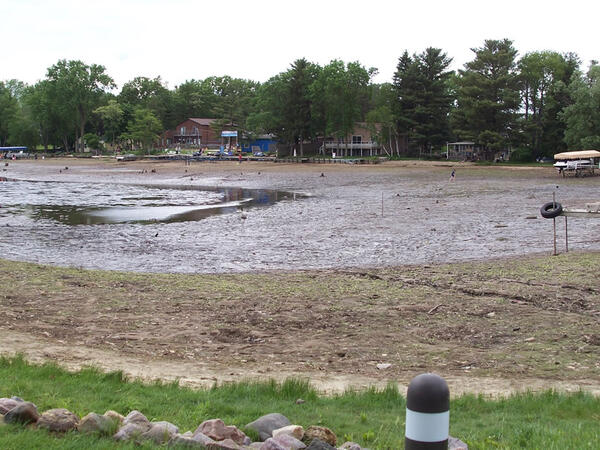 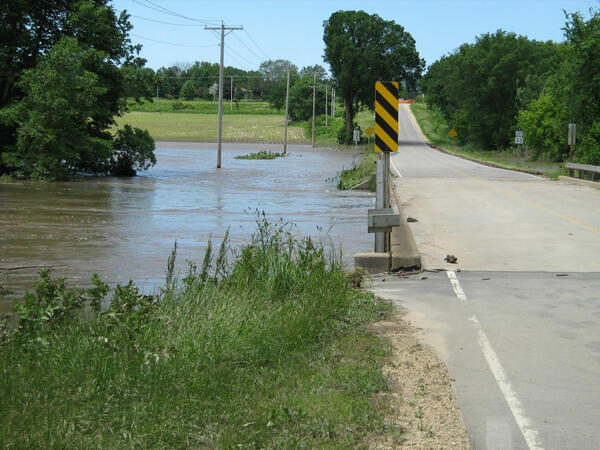 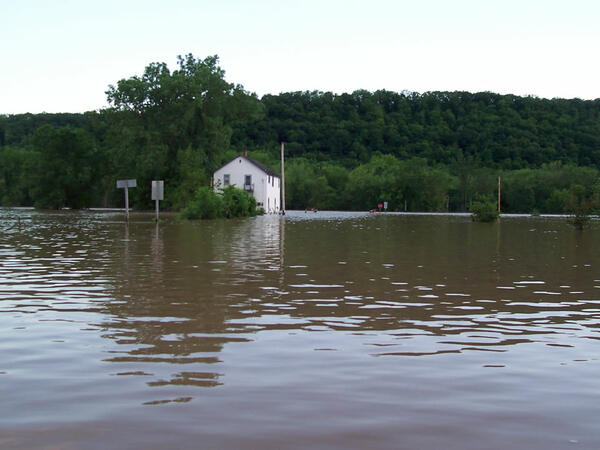 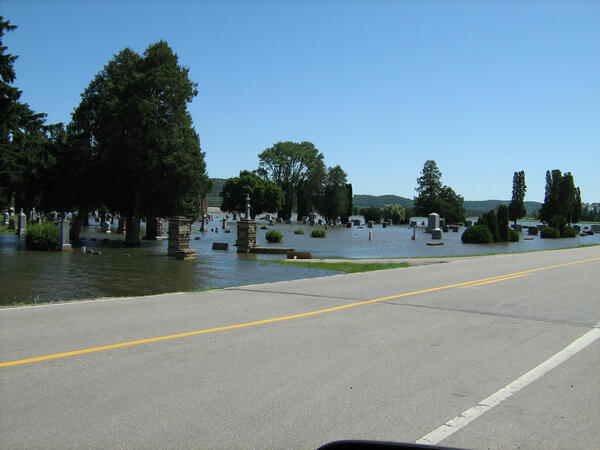 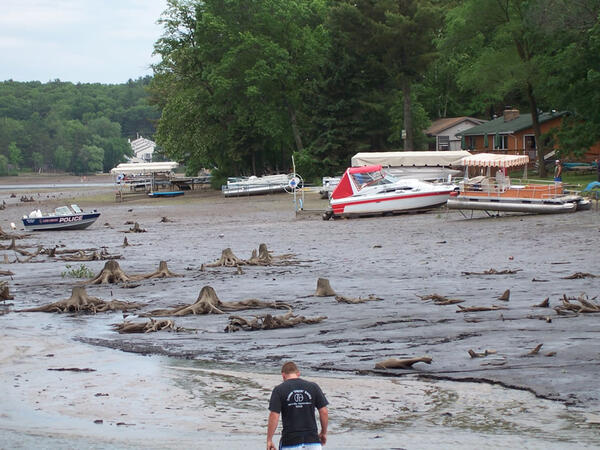 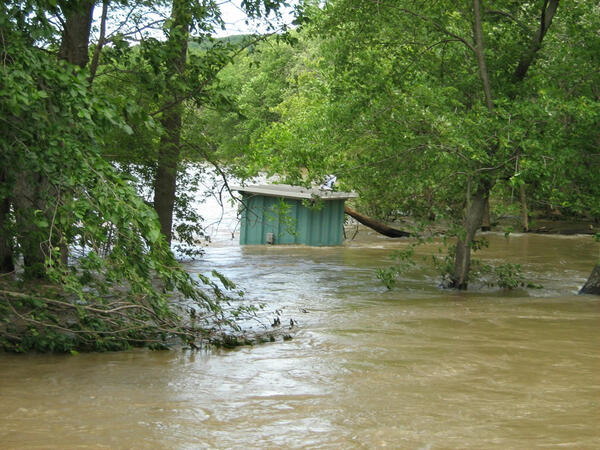 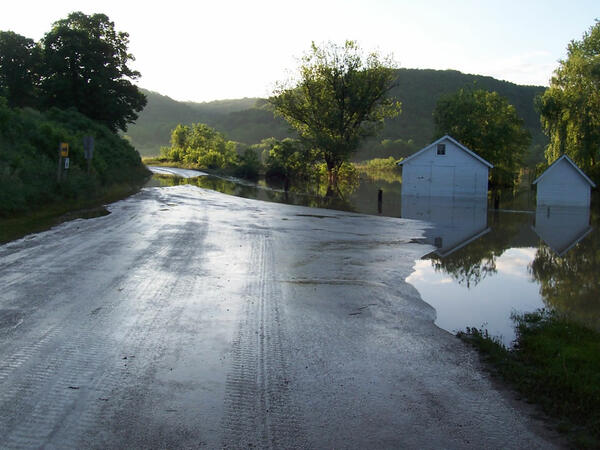 Flood of June 2008 in Southern Wisconsin