The U.S. Geological Survey, partnering with the City of Roanoke and Virginia Tech, are working to monitor the water volume and quality in streams throughout the City of Roanoke. There are currently six monitoring stations within the city. Water-quality data are collected at five stations through real-time monitors and manual sampling to support the estimation of suspended sediment loads. The overall objective of the study is to quantify the amount of sediment delivered from the City of Roanoke to the Roanoke River The results of this project will be used to evaluate the effectiveness of stormwater control measures taken within the watershed.

The U.S. Geological Survey is also partnering with the City of Roanoke to operate a network of nine precipitation stations that measure real-time precipitation within the City. This network provides a tool for stormwater managers, utilities, and first responders to gain a better understanding of real time precipitation in an urban environment.

The balanced natural process of riverine sediment transport is necessary for landscape formation, river dynamics, and ecological function; however, human activities commonly disrupt this balance resulting in excess sediment transport impairing ecological function. Regulatory programs seek to improve the ecological condition of affected rivers by controlling sediment transport. These control measures are costly for the localities responsible for implementing them – an estimated $100 to 150 million will be needed for the City of Roanoke (COR) to implement the control measures required to meet various Total Maximum Daily Loads (TMDLs) for waterways within the City. While the COR is responsible for complying with the TMDLs on waterways within its jurisdiction, activities in the watersheds upstream of the COR also contribute to the conditions within the COR, and, as stewards of taxpayer dollars, COR officials have expressed concern about those upstream activities and the impacts they may have on waterways that flow through the COR. Accurate monitoring-based information about the load of suspended sediment generated within the COR is necessary to evaluate and track the allocations and reductions of sediment assigned to the COR through the TMDL. Additionally, monitored data are needed to evaluate the effectiveness of stormwater management plans and can help the COR effectively invest in strategies that result in the greatest water-quality improvements. The proposed monitoring network will quantify the suspended sediment load contributed from the COR to the Roanoke River.

The overall objective of the water-quality monitoring network will be satisfied by:

The objective of precipitation monitoring network will be satisfied by:

1. Installing operating, and maintaining a network of nine precipitation gages within the City of Roanoke.
2. Presenting the data in near-real time via USGS National Water Information Systems (NWIS) and a state-level internet mapping application.

Live interactive video is available from our webcam at Lick Run in Washington Park, Roanoke, Virginia. 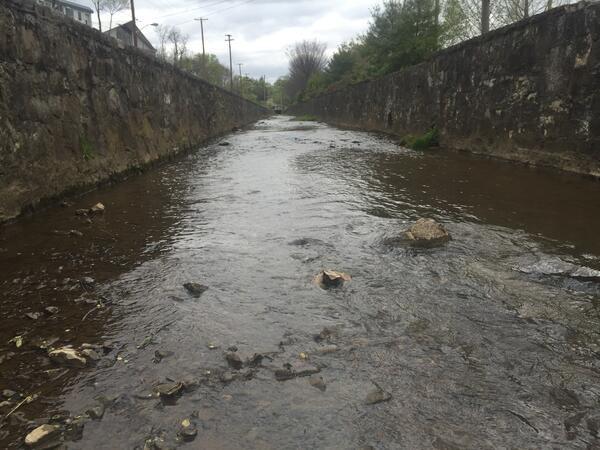