Coastal marine fog is an important meteorological phenomenon for California.  A cloud—either stratus or stratocumulus—is called “fog” when it is low or touching the ground. Marine fog forms as a result of complex interactions between ocean evaporation, aerosols, atmospheric pressure, vertical air layering, onshore-offshore temperature gradients, and coastal mountain topography. The marine cloud layer provides moisture to the arid and semi-arid coast, especially in the warm summer months, as it moves from the ocean into coastal communities and ecosystems of California.

In 2010 researchers revealed that summertime fog hours had declined by 33% over the last century (Johnstone and Dawson 2010). Natural resource managers working to protect California’s coastal plant and animal communities in the face of a warming climate became alarmed.  Was the trend a result of climate change, long term global cycles, or statistical coincidence? Additional research was needed to understand fog dynamics over time and explore implications for the future. If the decline in coastal fog were to continue, many species and ecosystems would be significantly impacted. It became clear that maps were needed showing the location of the foggiest areas to help guide restoration and planting activities, however no easily accessible fog maps existed. Despite the easily accessible, nearly real-time satellite images of fog available from the National Weather Service, the image data formats are difficult to utilize and manipulate by most ecologists and planners.

To assist in gathering and making fog maps more accessible and usable to both professionals and the general public, the Pacific Coastal Fog Project was started in early 2012. The project was initiated and funded by the California Landscape Conservation Cooperative (CA LCC) and the U.S. Geological Survey’s Climate and Land-Use Change Mission Area, Land Change Science Program to create ecologically relevant fog datasets. The work intensified during the first International Pacific Coastal Fog workshop in April 2012 sponsored by the Gordon and Betty Moore Foundation. This workshop brought together a multidisciplinary group of scientists and natural resource managers to assess current understanding of coastal fog as a system of interacting ocean, air, and land surface processes. This systems view includes examination of the plants, animals, and humans impacted by fog and that, in turn, also impact fog.

Johnstone, James A., and Todd E. Dawson. "Climatic context and ecological implications of summer fog decline in the coast redwood region." Proceedings of the National Academy of Sciences 107.10 (2010): 4533-4538.

Fog is a cloud at or near the ground or ocean surface. Along the Pacific coast these types of clouds are usually marine stratus and stratocumulus clouds. There are different conventions for defining fog: the aviation sector defines fog as when clouds reduce horizontal visibility to less than 1 kilometer (km) whereas the marine transport sector uses 10 km horizontal visibility as the threshold. Ecologists who research fog impacts on plants define fog as clouds that deposit water droplets on the surfaces of plants, wires, and other objects.  This is also called fog drip or occult precipitation.

How does fog form?

Fog and low clouds take shape when the gas phase of water (water vapor) changes to the liquid phase (water droplets). This usually happens when the air is near saturation (e.g., when relative humidity is 100%) and can’t hold any more water vapor. Air becomes saturated when liquid water evaporates or the air has cooled enough to cause condensation (reaching its dew point temperature). These phase changes are important for understanding fog formation and dissipation processes as well as calculating the thermodynamic impact of fog on coastal ecosystems, climate, and human communities.

Fog’s microscopic water droplets form when they encounter a cloud condensation nucleus (CCN). The CCNs around which fog droplets can form can be any microscopic airborne particle such as salt or other ion, molecule, dust, pollen, bacteria, protozoan, fungus, or biogenic fragment. Breaking ocean waves and bubbles bursting from foamy whitecaps produce sea-spray droplets that evaporate into sea-salt aerosols, a relatively large, hygroscopic (moisture- attracting) CCN. Sea-salt aerosols attract and hold water so efficiently that fog droplets can even form in unsaturated air. This is most often observed as a mist hovering over the ocean on a warm summer day along the California coast.

There are many other types of fog outside of the coastal fog analyzed in the Pacific Coastal Fog Project. Tule fog is a type of winter time fog that forms in Central Valley of California when the moist ground cools rapidly at night, causing water vapor to condense into a dense and heavy fog layer.

Why is fog important?

Coastal fog has both positive and negative impacts on human communities and activity.  On the positive side, coastal fog brings moisture to dry ecosystems and agricultural fields, cleaning the air of pollutants, and reducing summertime air temperatures and evaporation. Higher humidity, direct water and nutrient inputs, and lower temperatures result in reduced plant evapotranspiration stress, more photosynthesis, and increased soil metabolism, leading to higher ecosystem productivity. On the negative side, fog decreases visibility causing airport delays and traffic accidents such as the marine fog of 1977 in the Canary Islands that caused one of the deadliest accidents in aviation history.

What makes coastal fog so difficult to forecast?

The summertime marine fog that occurs along coastal areas with Mediterranean climate such as California, Chile, Peru, South Africa, and the Canary Islands is a result of complex air, land, and sea interactions that occur along the eastern edge of ocean basins.   One common air-land-sea marine fog forming combination is an anticyclonic high pressure, which is a descending air mass 1000’s of km wide that brings northwest winds to California, compressing the thin air mass called the marine layer, which in turn causes the marine layer to heat slightly filling with even more water vapor from the cold ocean beneath it that recently arrived from more polar regions or upwelled from the deeper ocean. The marine layer advects (drifts) onshore as the interior land areas heat up but gets trapped over the colder ocean condensing into fog droplets.  When the tops of clouds cool and turbulence mixes the air masses, the shallow inversion-trapped marine layer thickens but the inversion pressure lessens.  Fog pushes against, over, and through gaps in the coastal mountains, transporting water and other aerosol materials into coastal ecosystems. If the temperature or pressure differences (gradients) are too strong, winds will be generated and the additional turbulent mixing will dissipate the fog. If the coastal mountains are higher than the bottom of the subsiding air mass the fog will flow through gaps like the Golden Gate.

The complexity of so many factors interacting at different meteorological scales, from local to global, is part of the reason why it is so difficult to forecast fog.

“Fog is our natural air conditioner, and it also provides water to certain kinds of vegetation and streams.  The future of fog is going to be critical to understanding what may happen with climate change.”

A survey of natural resource specialists and land managers was conducted at the beginning of the Pacific Coastal Fog Project. Survey results showed that the most urgently needed dataset was a fog frequency map to help make better natural resource decisions for ecosystem restoration, conservation, and preparing for future climate conditions. Fog maps like these could show which areas receive more or less (or no) fog. This data would help land managers understand the influence of fog on patterns of vegetation distribution, wildfire severity, and stream temperature.

The survey also demonstrated that it is a high priority for natural resource managers to gain access to forecasts of coastal fog trends to prepare for the impacts of climate change (i.e., “climate change adaptation” planning). However, projecting future fog behavior is much more difficult than mapping historical fog distribution. Data are needed from many sources to model  marine fog’s response to climate change because the formation and spread of coastal marine fog is dependent upon interactions among three primary systems—atmospheric, oceanic, and terrestrial—each with a wide range of plausible future scenarios.  In addition, key information describing the complex interactions at microphysical- to global-scale is still missing.  On-going research on fog dynamics and the effect of fog on ecosystems is being conducted by USGS and partners across a wide range of scientific disciplines, including remote sensing, mathematical, physical, and hydrologic models, and both marine and terrestrial observations.  This website will grow as results are integrated and become available.

The U.S. National Weather Service (NWS) has used satellite camera imagery feeds since 1960 to improve real-time weather forecasting. Originally the images were processed and immediately erased to make room for more images. Over time, as storage technology improved and climate trend analysis became increasingly important, the data were archived although they still required sophisticated tools for analysis. The quantity of real-time weather data collected by NWS is staggering. Data from three of the five imaging sensors on the Geostationary Environmental Operational Satellite (GOES) can be combined to identify fog. Each sensor channel records images of a different section of the energy spectrum. Combined they reveal patterns of coastal fog formation and change over time when processed into hourly maps. Public websites that display weather satellite data usually only show the last 24 to 72 hours of data. However, the Pacific Coastal Fog Project is working on collecting and providing longer-term data. For more information about these data contact Alicia Torregrosa at the USGS

Below are presentations on the Pacific Coastal Fog Project. 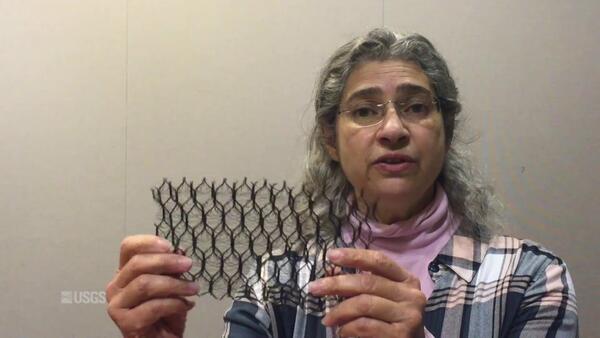 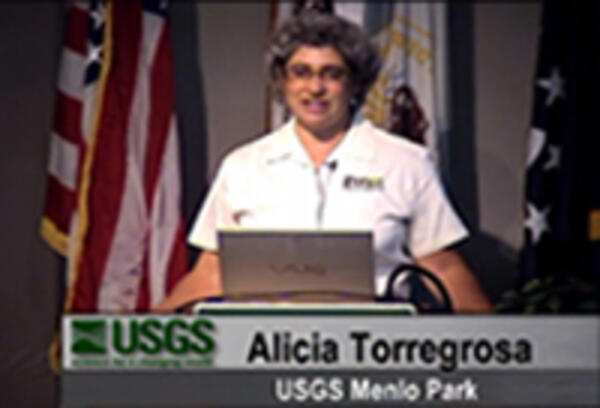 Below are journal articles and reports published by the Pacific Coast Fog Project.

Within the world of mapping, clouds are a pesky interference to be removed from satellite remote sensed imagery.  However, to many of us, that is a waste of pixels. Cloud maps are becoming increasingly valuable in the quest to understand land cover change and surface processes. In coastal California, the dynamic summertime interactions between air masses, the ocean, and topography result in blanke
By
Western Geographic Science Center
January 1, 2016

Coastal marine fog, a characteristic feature of climates generated at the eastern boundaries of ocean basins worldwide, evokes different feelings in those who experience it (see Figure 1). Authors and poets use fog to represent mystery, bleakness, and confusion. Film directors seek out fog to shroud scenes in eerie gloominess. Tourists visiting beaches bemoan the cool and damp conditions that crea
By
Western Geographic Science Center
May 7, 2013

Below are news stories and announcements for the Pacific Coastal Fog Project. 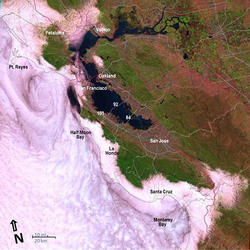 A new series of maps of fog and low clouds covering the northern and central California coasts reveals daytime and nighttime patterns with a level of detail never previously mapped. U.S. Geological Survey scientists used new analyses of satellite images to understand the dynamics of fog.

By
Communications and Publishing
link
July 19, 2017

There's more to redwood forests that magnificent trees. See how redwoods are teaching scientists how to harvest water from fog.

Within the world of mapping, clouds are a pesky interference to be removed from satellite remote sensed imagery.  However, to many of us, that is a...

A new series of maps of fog and low clouds covering the northern and central California coasts reveals daytime and nighttime patterns with a level of...