Traditional approaches to locating Burmese pythons - including visual searches and trapping - have resulted in low detection. Environmental DNA - or eDNA - is increasingly being used to detect the presence of non-native species, particularly when traditional methods may not be adequate.

The Science Issue and Relevance: Burmese pythons threaten successful ecological restoration in the greater Everglades as they are established and breeding in south Florida. They occupy thousands of square kilometers of mostly inaccessible habitats, and detection probabilities have been extremely low using traditional tools such as visual searching or trapping. Pythons have the potential to occupy the entire footprint of the Comprehensive Everglades Restoration Project (CERP) area, adversely impacting valued resources across the landscape. Tools for detection and control (e.g., detector dogs, remote sensing, attractant traps, “Judas snakes”, etc.) have provided low detection with varying degrees of success for Burmese pythons in Florida. Improving the probability of detecting invasive giant snakes is vital for the management of emerging or established populations. Non-invasive monitoring of aquatic habitats can assist in identifying newly-colonized areas where pythons have not been detected, as well as movement corridors and pathways of dispersal.  More precise information on the presence of harmful constrictors in critical habitats can inform spatiotemporal assessment of risk to imperiled native species (i.e., ground-dwelling birds, Florida panther), and potentially allow for targeted removal efforts prior to major ecological and economic impacts. Environmental DNA tools can also assist with short or long term monitoring to determining whether control or eradication efforts were successful.

The Arthur R. Marshall Loxahatchee National Wildlife Refuge is an important area for native flora and fauna. The Refuge and two water conservation areas are maintained to provide water storage and flood control in south Florida. These water conservation areas, along with areas of Everglades National Park, are the remaining locations of the original Everglades habitat. The Refuge works to restore the Everglades ecosystem to the benefit of wildlife. Since Burmese pythons have the potential to significantly reduce native species, python detection and rapid removal prior to establishment could be of great benefit to the Refuge.

Environmental DNA (eDNA) is increasingly being used for detection of non-native species to inform management actions, especially when traditional field methods are inadequate. Environmental DNA methods have been shown to be time and cost effective in a number of systems and may be preferable to traditional detection methods for constrictor snakes. In a pilot study, eDNA methods were shown to detect Burmese pythons throughout south Florida.

Methodology for Addressing the Issue: Environmental DNA originates from cellular material shed by organisms (via skin, excrement, etc.) into water or soil, and can be used for species identification. Using the described eDNA methods, sampling density methodology for accurate detection of Burmese pythons will be developed and then tested in laboratories and controlled field settings. This information will then be applied to a sampling design within areas where Burmese pythons have not been identified to date, assessing detection limits and environmental variables that influence eDNA detection. Following the sampling design phase, selected areas in and around ARM Loxahatchee National Wildlife Refuge will be surveyed to help determine detection probabilities and range-boundaries of Burmese pythons. Samples will focus on Burmese python habitat within the south and west borders of the Refuge. Further, samples could be collected inside the Refuge from wading bird colonies that are at risk of predation. Outside of the Refuge, sampling will focus on the adjoining areas where pythons have been detected, including WCAs, STAs and Everglades Agriculture Areas (EAAs).

In phase 1 of the study, water collection in high density python populations over varying temporal and spatial scales will be used to determine the sampling scale needed for accurate detection. Quantification of minimum eDNA detection threshold and the influencing variables will be assessed. Detection information will be used to develop foundational detection probabilities and appropriate sampling schemes for 95% detection probabilities.

In phase 2, system level surveys will be conducted in and around ARM Loxahatchee National Wildlife Refuge to test for range limits and expansion into uninhabited areas. Using the previously determined sampling density, sample sites and sampling design will be determined to efficiently maximize python detections within the study budget. Areas include perimeter canals and levees along the south and west boundaries of the Refuge. Outside of the Refuge, areas with python detections, primary python habitat, and corridors leading to the Refuge will be targeted. Given the best available information, the areas to consider are STA1W and E, WCA 2A, and EAA boundaries adjoining the Refuge, specifically the L-7 canal and levee.  Areas with previous sightings further from the Refuge boundary include STA5 and HLWM. Additionally, surveys of the other four species could be incorporated to obtain baseline data on their presence throughout the landscape.

Future Steps: With time and adequate resources, exploratory statistical models of site-occupancy will be extended to provide estimates of the probability of occurrence of eDNA molecules, the probability of false-negatives (given eDNA presence), and the probability of false-positives (given eDNA absence).  Each of these probabilities will be specified as functions of covariates so that the effects of experimental treatments on each probability can be estimated directly. Manuscripts will be prepared for publication and, additionally, project results will be disseminated as presentations at scientific conferences and informal exchange of data with the funding agency and other research partners. 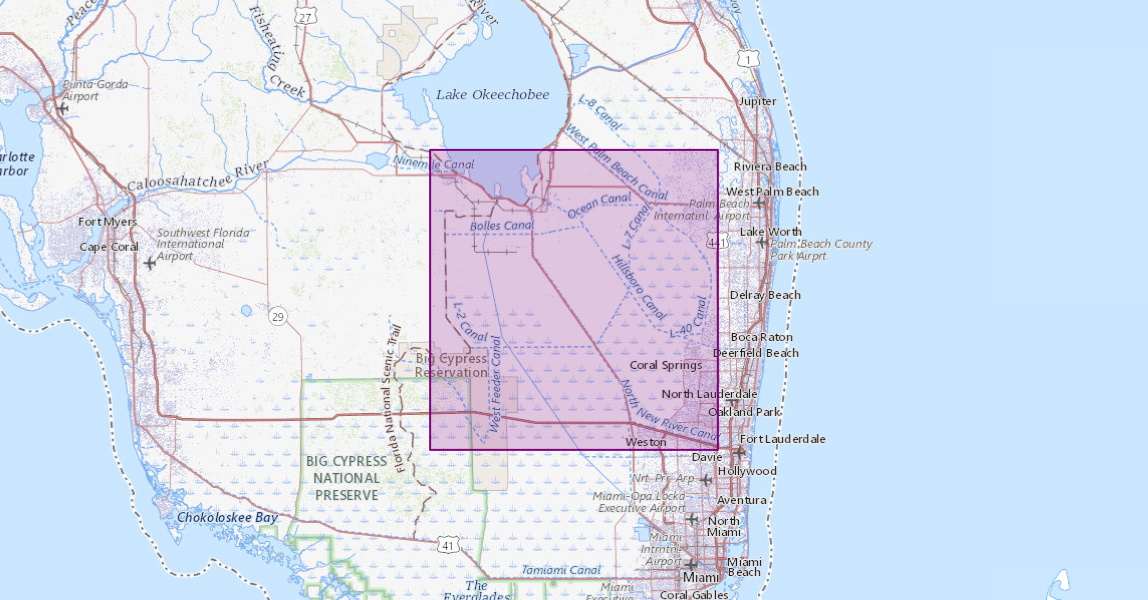 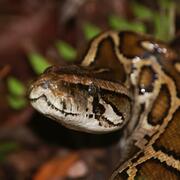 Environmental DNA (eDNA) methods are used to detect DNA that is shed into the aquatic environment by cryptic or low density species. Applied in eDNA studies, occupancy models can be used to estimate occurrence and detection probabilities and thereby account for imperfect detection. However, occupancy terminology has been applied inconsistently in eDNA studies, and many have calculated occurrence p
By
Ecosystems, Wetland and Aquatic Research Center