Impacts of Non-Native Fishes in the Florida Everglades Active

The Florida Everglades is the largest wetland ecosystem in the United States and supports a diverse flora and fauna, including many rare species.

The Science Issue and Relevance: The Florida Everglades is the largest wetland ecosystem in the United States and supports a diverse flora and fauna, including many rare species. The ecosystem has been impacted dramatically by human activities since the early 1900s, including habitat alteration (e.g., canal construction, conversion of lands to urban and agriculture use), pollution and the introduction of a plethora of non-native species. While the detrimental impacts of some invaders (e.g., melaleuca, Brazilian pepper, Burmese python) are obvious because of their geographic scale and ecologic intensity, other impacts (e.g., by fishes) may be cryptic and require more effort to expose. While there are >30 non-native fish species established in the greater Everglades ecosystem, their impacts are poorly understood. Many non-native fishes are aggressive (e.g., cichlids), and there is concern that in some situations they may be able to replace native species. This is especially important for rare, endangered, or otherwise ecologically important specialist species that are often more vulnerable to negative impacts by invasive fishes. It is important to uncover the influences of non-native species on the Everglades ecosystem, not only to advance our understanding of invasive species ecology, but also because natural-resource managers require science-based information to develop management priorities.

Methodology for Addressing the Issue: Laboratory and field experiments are conducted to determine how native and non-native species interact directly (e.g., competition, predation) and indirectly (e.g., by exclusion from optimal habitats). Experiments are conducted at various spatial scales from aquaria to mesocosms to the field, along a gradient of increasing “wildness” and complexity. Many of our experiments are designed to determine effects of a non-native species; however, we also include a native equivalent, as it is important to understand the relative influences of both native and non-native species on the community. Behavioral traits (e.g., aggressiveness) are assessed, sometimes in conjunction with ecophysiological studies. For example, we determined that while hypoxia tolerance of the Mayan cichlid does not differ over a gradient of salinity (from 0 to 35 ppt), it was much more aggressive at higher salinities.

Future Steps: We will continue to work closely with our partners in the field (e.g., USFWS, NPS) and focus on the most relevant topics and invaders of interest. Additionally, we are developing increasingly complex experiments wherein the effects of invasive species are assessed in multi-species realistic environments mimicking Everglades habitats containing several trophic groups. These experiments will help us determine the relative strength of effects of the invader on different native fauna as well as detect potential trophic cascades. Finally, we compiled a literature review of all published studies that evaluated biological and ecological variables for non-native fishes in Florida. The purpose of this literature review was to collect all known published information on Florida non-native fishes in one place, analyze trends in research, and evaluate the state of our knowledge with respect to non-native fish species in Florida waters. 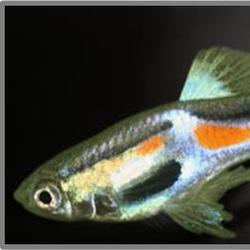 In this project, USGS scientists are developing a new genetic technique – Trojan Y – to help eradicate invasive species. Although the methodology has been well-developed in theory, this is the first test of its practical application.
By
Ecosystems, Invasive Species Program, Wetland and Aquatic Research Center
link
April 29, 2016

In this project, USGS scientists are developing a new genetic technique – Trojan Y – to help eradicate invasive species. Although the methodology has been well-developed in theory, this is the first test of its practical application.
Learn More