The federally threatened piping plover relies on sand-beach habitat year-round for nesting, foraging, and roosting, habitat that is particularly vulnerable to loss and degradation from coastal development, recreation activities, erosion, and sea-level rise.

The Science Issue and Relevance:  The piping plover is a small, pale gray shorebird that relies on the Gulf Coast for resources during the winter and migratory seasons. Coastal habitats like the open beaches, barrier islands, and sheltered bays that piping plovers prefer are particularly vulnerable to loss and degradation due to coastal development, recreation activities, erosion, and sea-level rise. Piping plovers were listed as federally protected under the Endangered Species Act in 1985 and remain threatened in the Gulf of Mexico. Louisiana barrier islands have supported 85% of the state’s winter population, and surveys at Whiskey Island have documented up to 40 wintering piping plovers per year in recent decades.

The Isles Dernières Barrier Island Refuge (IDBIR) is a chain of barrier islands on Louisiana’s southeastern coast. Its name comes from the French phrase for “Last Island,” which refers to its historical state as a single large island on the edge of the Gulf. Today, the IDBIR includes four islands in Terrebonne Parish: Raccoon Island, Whiskey Island, Trinity/East Island, and Wine Island. The islands provide coastal communities and wetlands protection from storm surge and erosion and serve as critical habitat for wildlife species. The IDBIR has experienced a net loss of land over the last century. As a result of subsidence, hurricane damage, erosion, and loss of sediment input following the channelization of the Mississippi River, the IDBIR lost 82.2% of overall land area from 1887 to 2002. To combat this land loss, all islands in this chain have undergone restoration efforts such as beach nourishment. Though the goal is to increase overall land area, managers also aim to restore natural ecological processes; however, the timeline for the recovery of native species in restored areas is unknown.

Methodology for Addressing the Issue: The Coastal Protection and Restoration Authority implemented restoration projects on Whiskey Island in 2018 with the intent to create 954 acres of beach, dune, and marsh habitats. To assess the impact of restoration on piping plovers and other shorebird species of conservation concern, we conducted surveys before (2012-2017), during (2017-2018), and after the restoration period (2018-present). All suitable habitat on the island is surveyed bi-weekly from August to February and weekly from March to July. Binoculars and high-powered spotting scopes are used to identify piping plovers, red knots, nesting shore and seabirds, and all other avian species on Whiskey Island. During the surveys, we record species abundance and richness, habitat use, and behavior. Additionally, we search for birds uniquely marked with colored leg bands, which allows us to track movements and survival of individuals within the refuge and beyond. We also periodically conduct similar shorebird surveys on other islands within the IDBIR.

In addition to surveying piping plovers, we are interested in measuring the effects of beach nourishment on their invertebrate prey. Studies have documented mass die-offs of benthic invertebrates following beach nourishment due to their burial under huge amounts of sand. The rate at which native invertebrate species recolonize restored areas can vary, and studies have documented that shorebird use of restored sites decreases with prey suppression. To better understand how invertebrate recolonization processes work in this unique delta ecosystem, we sampled invertebrates in 2013-2015 and 2019-present to compare the diversity and abundance of invertebrates in core samples taken from the intertidal zone before and after restoration. We also measure physical aspects of the sand, such as organic content and particle size, to use as covariates in statistical models.

Future Steps: We plan to investigate habitat function on Whiskey Island for birds across the annual cycle. Bird data collected from 2012 through 2020 will be analyzed to determine changes in habitat, occupancy, and function on Whiskey Island before and after restoration. Additionally, we will evaluate the immediate impacts of severe storms on breeding birds to determine if productivity was negatively impacted; if so, how that relates to site-dependent factors; and how it varies across individual storm events. 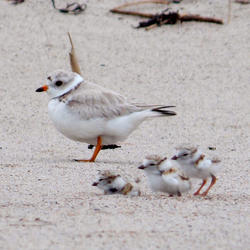 Federally-listed as threatened since 1986, the Atlantic Coast Piping Plover (Charadrius melodus) population comprises fewer than 2,000 breeding pairs, according to the most recent census data. These breeding pairs are the target of the U.S. Fish and Wildlife Service’s (USFWS) species recovery plan.
Learn More
link 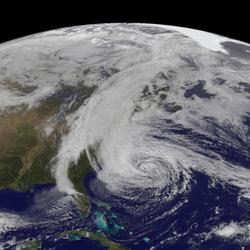 Response of a Threatened Shorebird to Severe Storms

The federally protected Atlantic Coast Piping Plover relies on habitats that were affected by Hurricane Sandy. USGS works to understand how these changes have affected nesting habitat and the reproductive success of the shorebird.
By
Ecosystems, Species Management Research Program, Wetland and Aquatic Research Center
link
March 18, 2016

Response of a Threatened Shorebird to Severe Storms

The federally protected Atlantic Coast Piping Plover relies on habitats that were affected by Hurricane Sandy. USGS works to understand how these changes have affected nesting habitat and the reproductive success of the shorebird.
Learn More 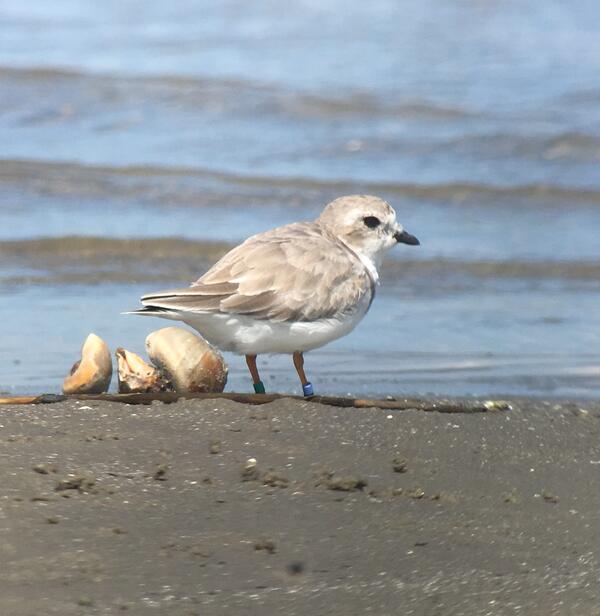 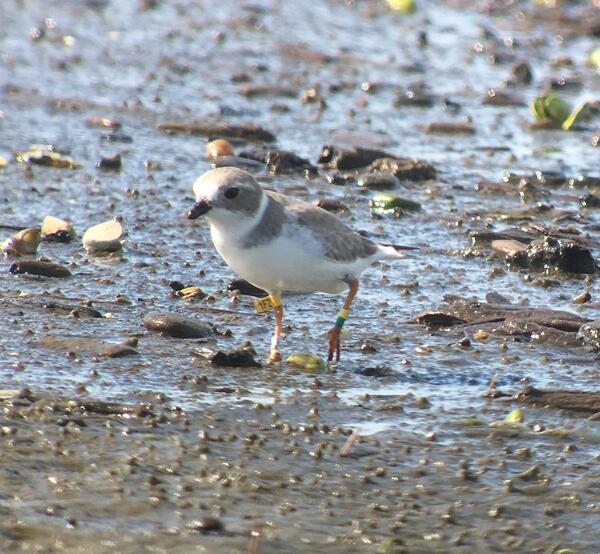 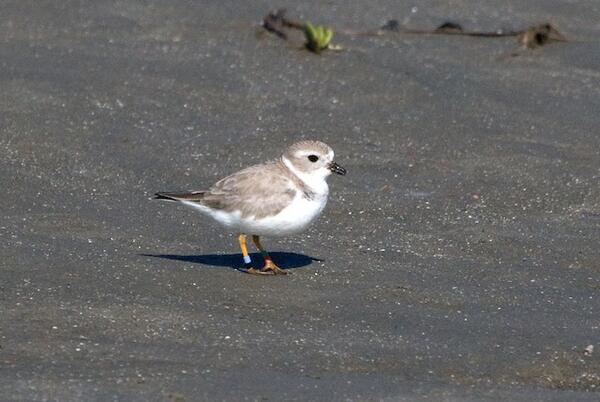 The Gulf of Mexico is home to a large proportion of the wintering population of the threatened piping plover (Charadrius melodus), but little is known about the bird's ecology in this region. In Louisiana, the majority of nonbreeding piping plovers are found on the state's rapidly eroding barrier islands. Between August 2013 and May 2014, surveys were conducted to assess the abundance and habitat
By
Ecosystems, Wetland and Aquatic Research Center