WARC researchers will be surveying nesting beaches in Cape Hatteras and Cape Lookout National Seashores. They will record GPS locations for all crawls, nests, and turtles encountered/captured, and will be placing satellite tags on a subset of individuals to determine habitat use and delineate inter-nesting areas used by reproductive females.

Hurricane Florence was a powerful Category 1 storm that hit the area in September 2018. To examine sea turtle nesting habitat selection post-hurricane, we are implementing a sea turtle tagging, sampling, and satellite-tracking study to quantify the habitat use and movement patterns of adult loggerhead turtles at the CAHA and CALO Seashores. Satellite tacking data will show movements of adult females of both species in the nearshore environment and across CAHA and CALO boundaries. Complementary genetic data on individual females will contribute key data towards an on-going related genetic mark-recapture study on the Northern Recovery Unit loggerheads.

The science needs of CAHA and CALO include (1) identifying high-use zones for sea turtles nesting within the Seashores, especially after the major disturbance from Hurricane Florence that created new inlets and cut through the island, (2) post-nesting destinations of females using the Seashores for nesting, and (3) genetic makeup of individual nesting turtles to link to the ongoing genetic mark-recapture project for loggerheads.  This effort seeks to better estimate the number of individual turtles contributing to the overall nesting numbers in the population.

Methodology for Addressing the Issue: We will survey nesting beaches in CAHA and CALO during peak sea turtle nesting season (determined from previous NPS daytime beach surveys). We will record GPS location for all crawls, nests, and turtles encountered/captured. When a sea turtle crawl is located and after the female has either nested or false crawled and is heading back to sea, we will intercept it for tagging; at no time will we disturb nesting turtles. A pre-constructed corral will be placed around each turtle, at which point, we will conduct a standard workup, which includes measuring the length and width of the turtle shell and collecting tissue samples for genetic analysis.

Satellite tags will be adhered to a subset of individuals encountered on the beaches to determine habitat use and delineate inter-nesting areas used by reproductive females. We will also delineate migratory pathways and foraging areas selected.

Future Steps: In the next phase of research, we will incorporate in-water captures of sea turtles for species found at CAHA and CALO, which includes hawksbill (Eretmochelys imbricata), Kemp's ridley (Lepidochelys kempii), and leatherbacks (Dermochelys coriacea) in addition to loggerhead and green turtles.

Products associated with the project will include peer-reviewed publications on habitat use of adult sea turtles during their interesting periods, in the nearshore environment, as well as destinations of adult females post-nesting, and genetic origin of each nesting female. GIS layers will be created showing turtle movement paths and high-use zones with respect to human-use areas and specific beach features that resulted from Hurricane Florence impacts.

Field work for this project will begin in June 2021 and continue for three years. 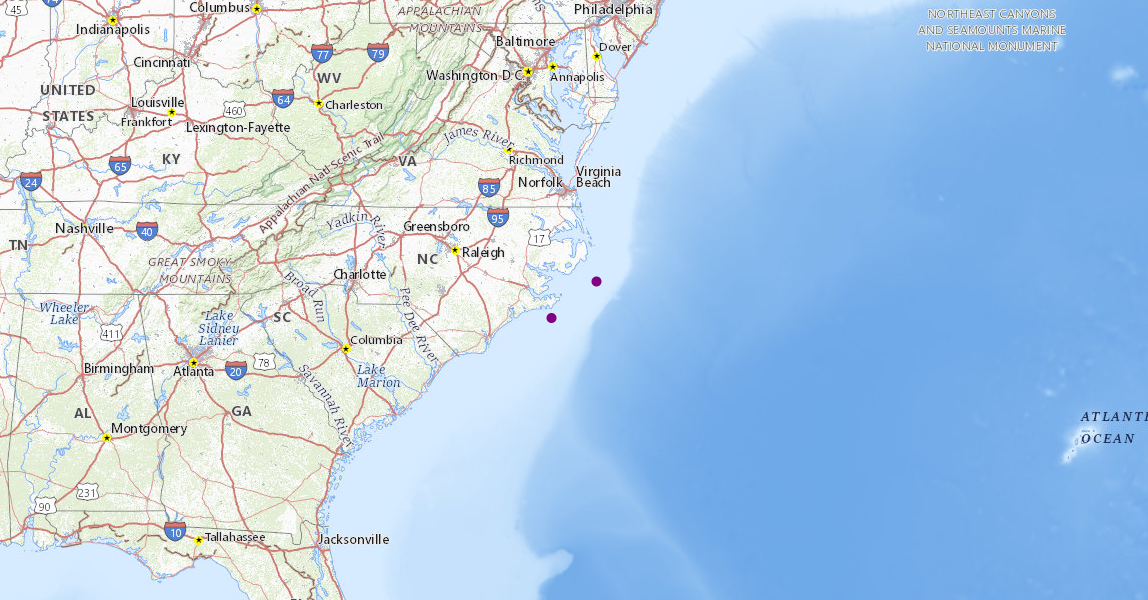