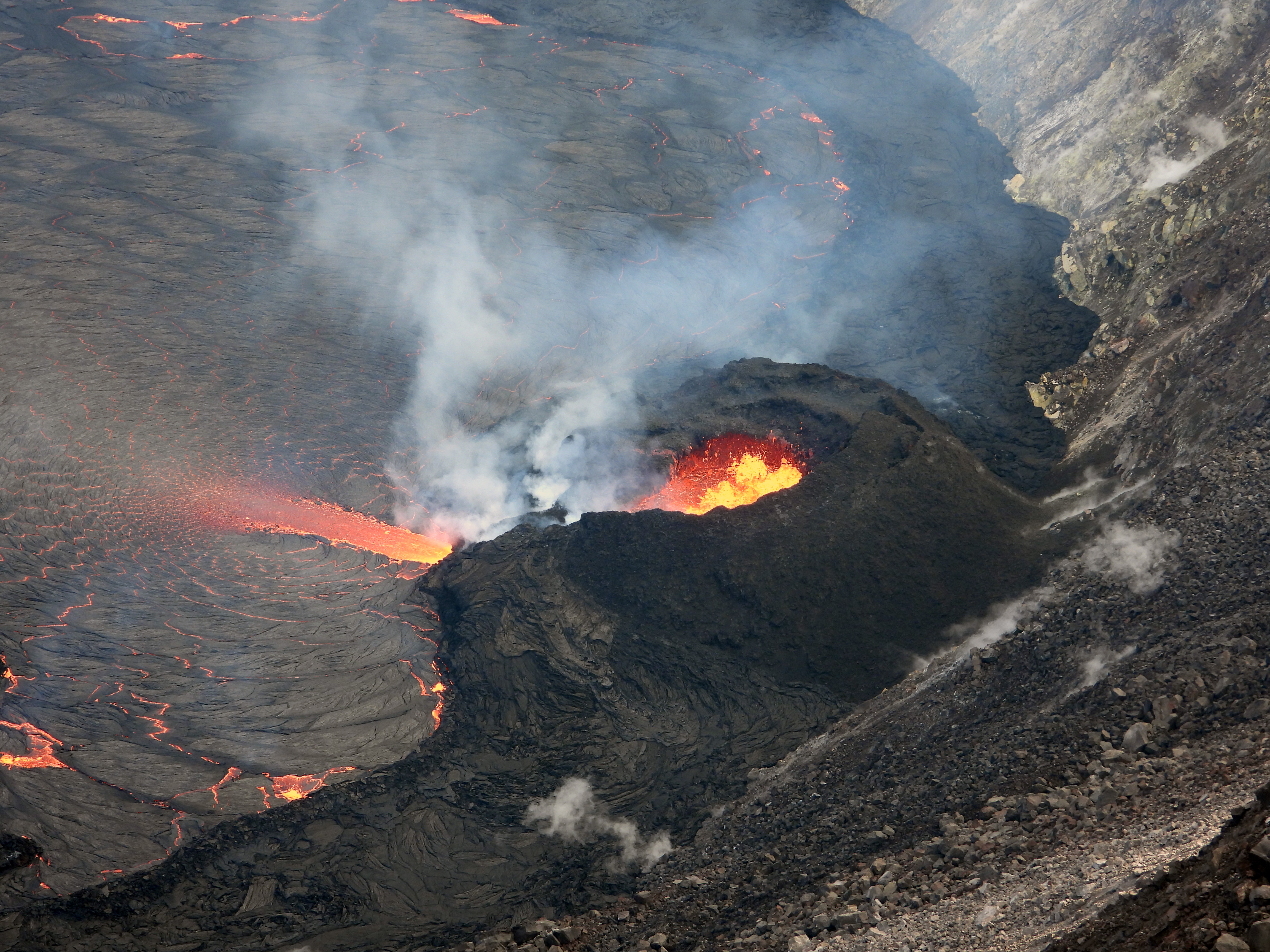 A telephoto image of the west vent in Halema‘uma‘u, taken from the northwest rim on November 3. Low roiling lava continues to erupt from the west vent, with occasional larger bursts of spatter. The spatter cone that has built up since the eruption began on September 29, contains ponded lava that supplies the lava lake through the tubed-over spillway. This photo was taken from an area of Kīlauea's summit within Hawai‘i Volcanoes National Park that remains closed to the public due to hazardous conditions. USGS photo by L. DeSmither.