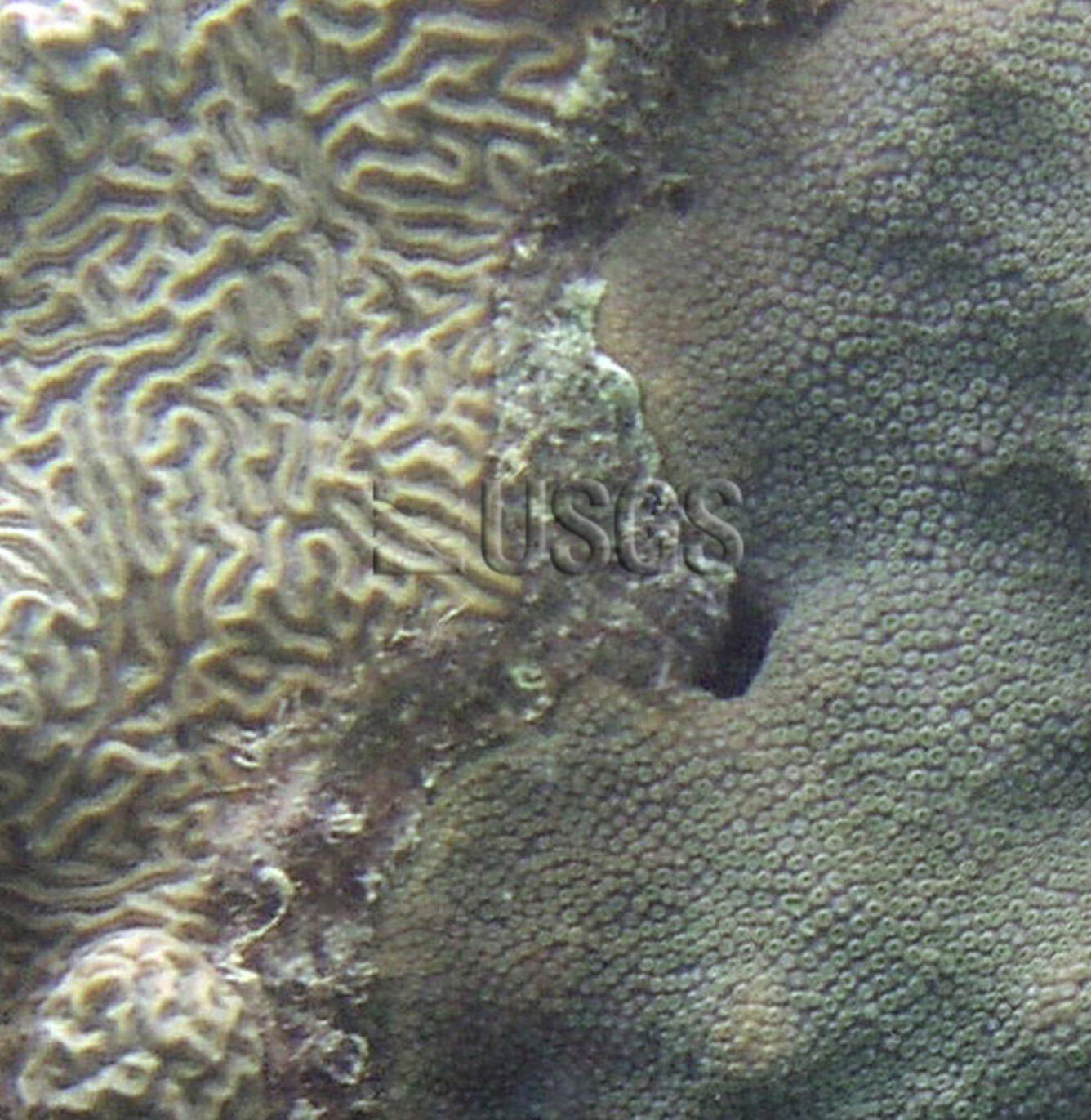 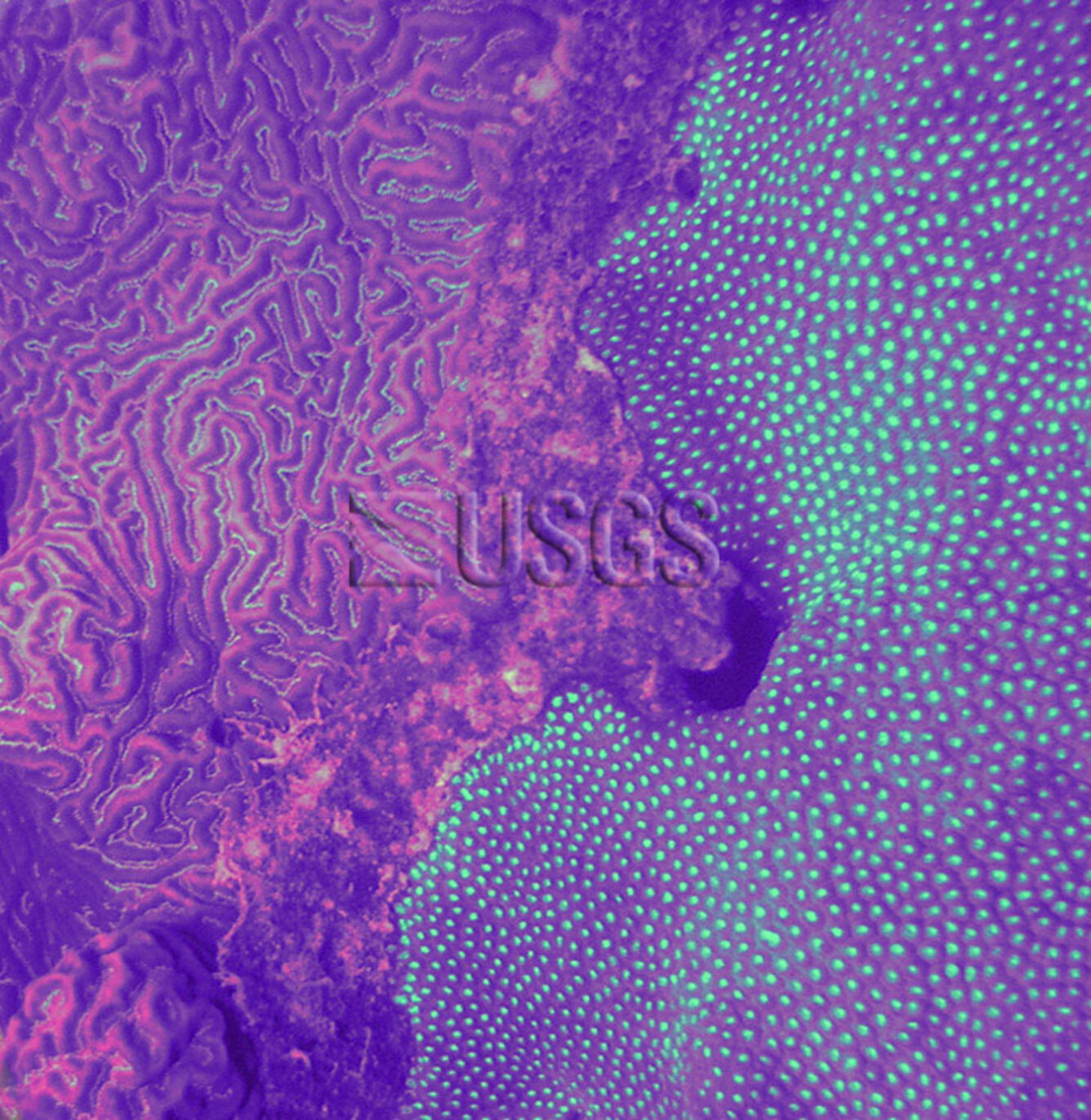 Daylight and fluorescent images of two coral colonies, Diploria clivosa (left) and Orbicella faveolata (right) growing on the seawall at Ft. Jefferson, Dry Tortugas National Park. The two colonies are separated by an area of dead coral that has been colonized by algae. In the fluorescent image, red corresponds to chlorophyll and green to GFP. Note that the GFP is concentrated in the center of each coral polyp.