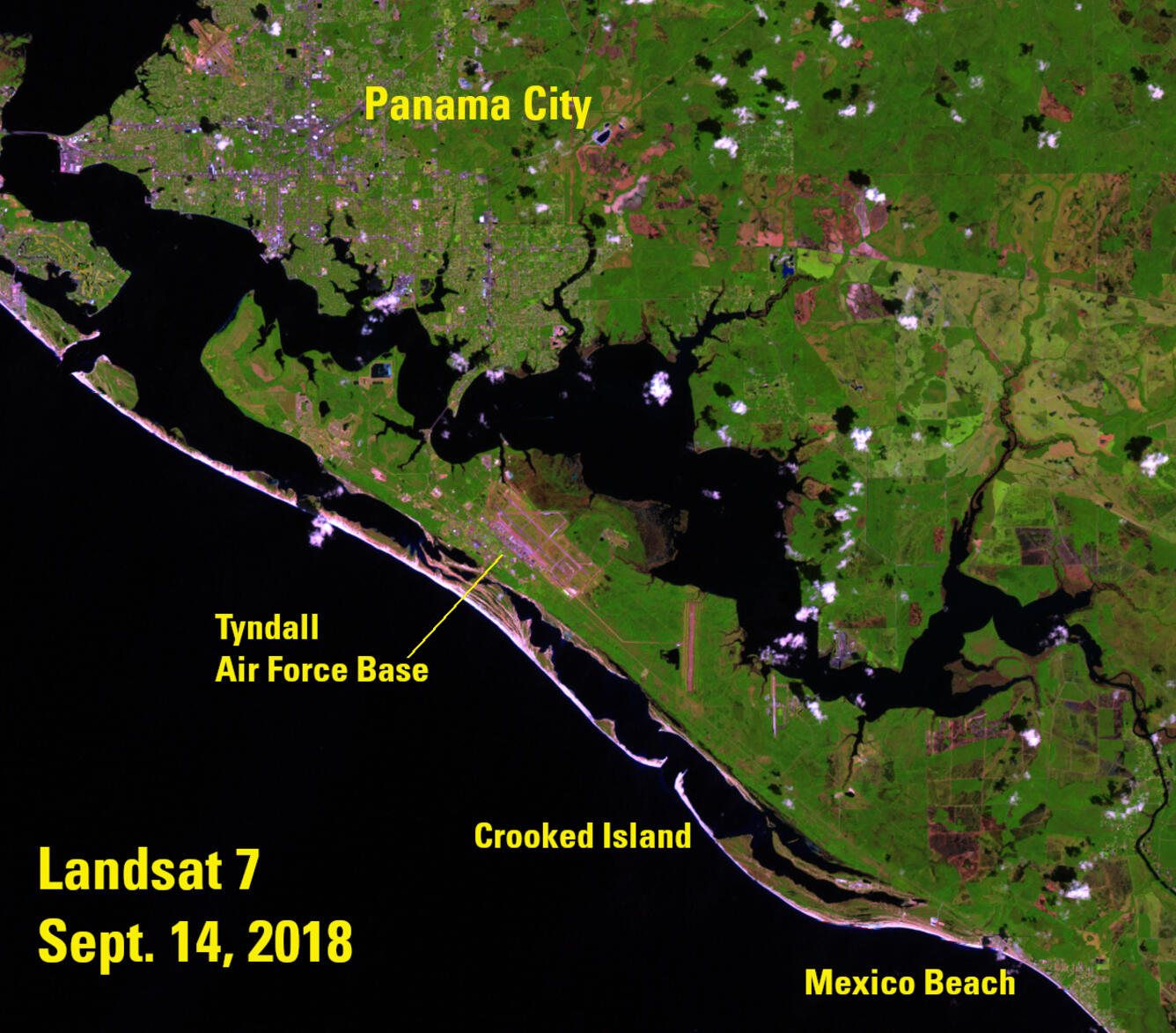 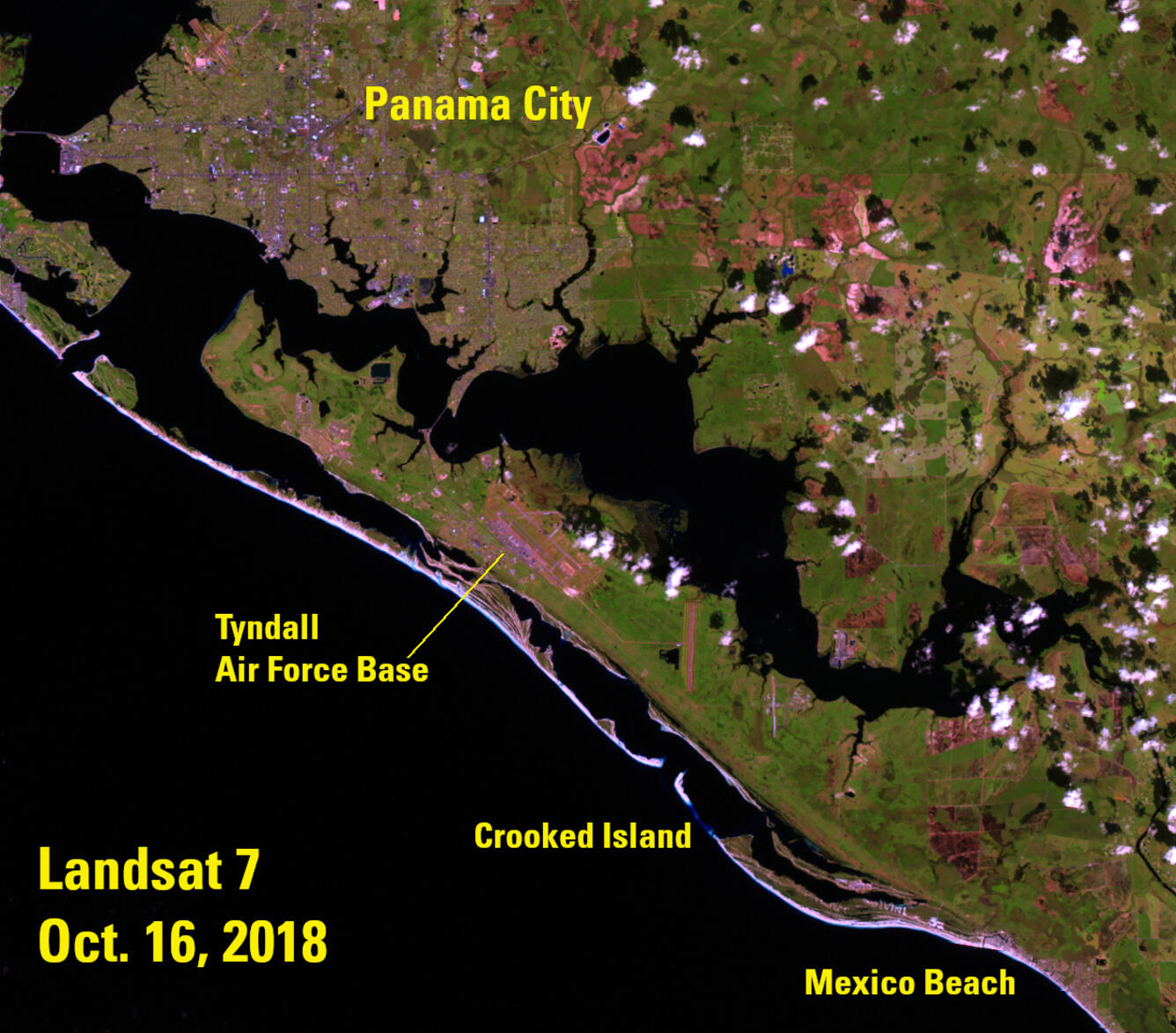 Hurricane Michael blew into the Florida Panhandle on October 10, 2018.

Landsat 7 images captured before and after highlight the destructive path of the Category 4 storm.

Mexico Beach was all but demolished, with homes left in heaps by wind and storm surge. The green leaves that pop near the town in the Landsat image from September 14 were stripped from trees by the hurricane, replaced by the dull brown of debris by October 16.

Panama City and the surrounding areas also lost color after the storm. Flattened trees, lost leaves and sediment on the ground appear in shades of brown in the post-storm image.

The storm also altered the panhandle’s coast. A strip of shoreline along Crooked Island that is unbroken in the September image disappeared beneath the water after the storm. Bright aqua streaks thread through the sand south of Tyndall Air Force Base, which was evacuated as Michael approached. The National Weather Service recorded wind speeds of 129 miles an hour at the base.

Prior to the storm’s arrival, the USGS Coastal Change Hazards Storm Team estimated that Hurricane Michael was likely to erode 70 percent of the coastline in the Florida Panhandle.

Landsat imagery archived by the USGS Earth Resources Observation and Science (EROS) Center can be used to track and study the impact of hurricanes and other disasters.