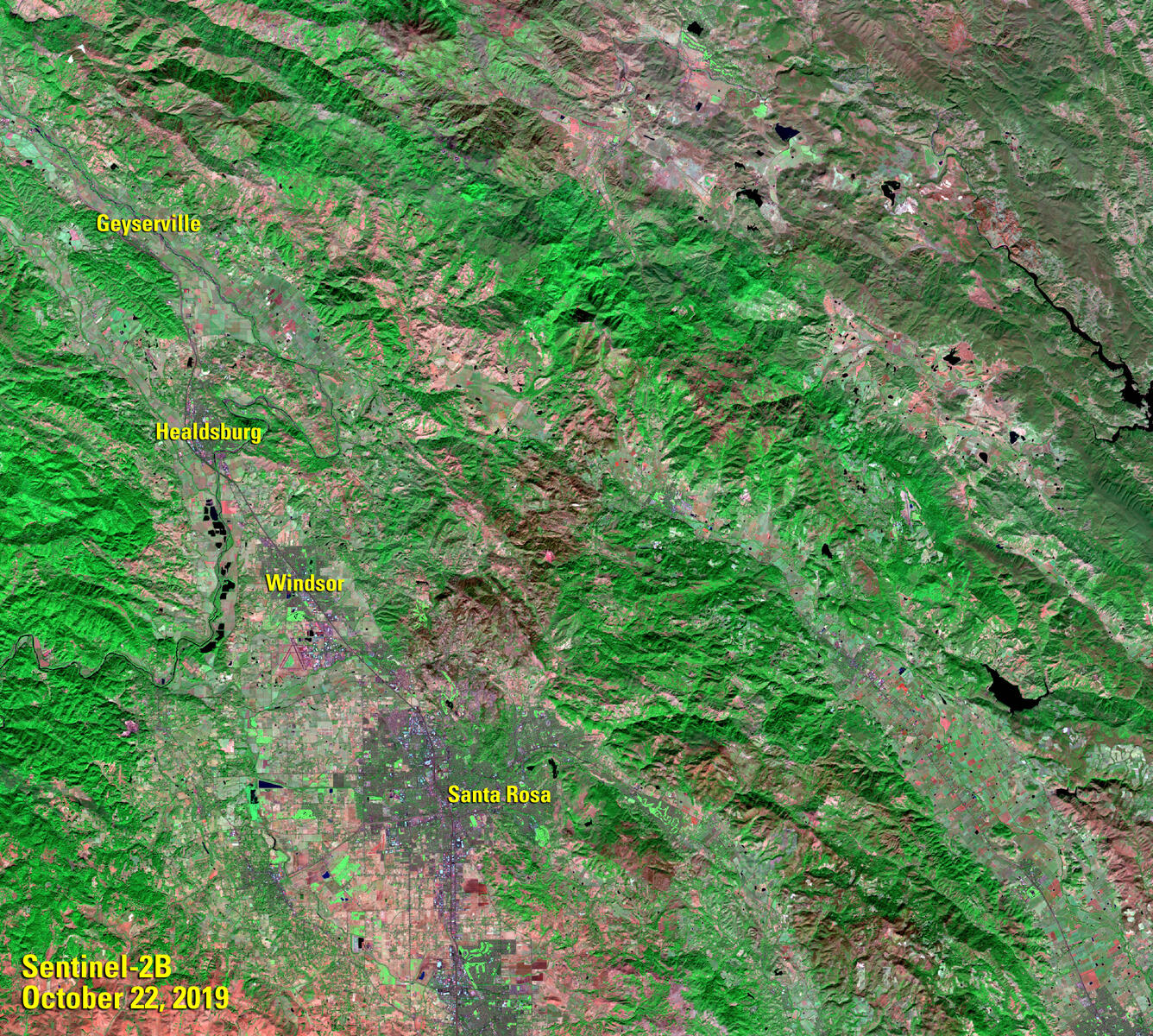 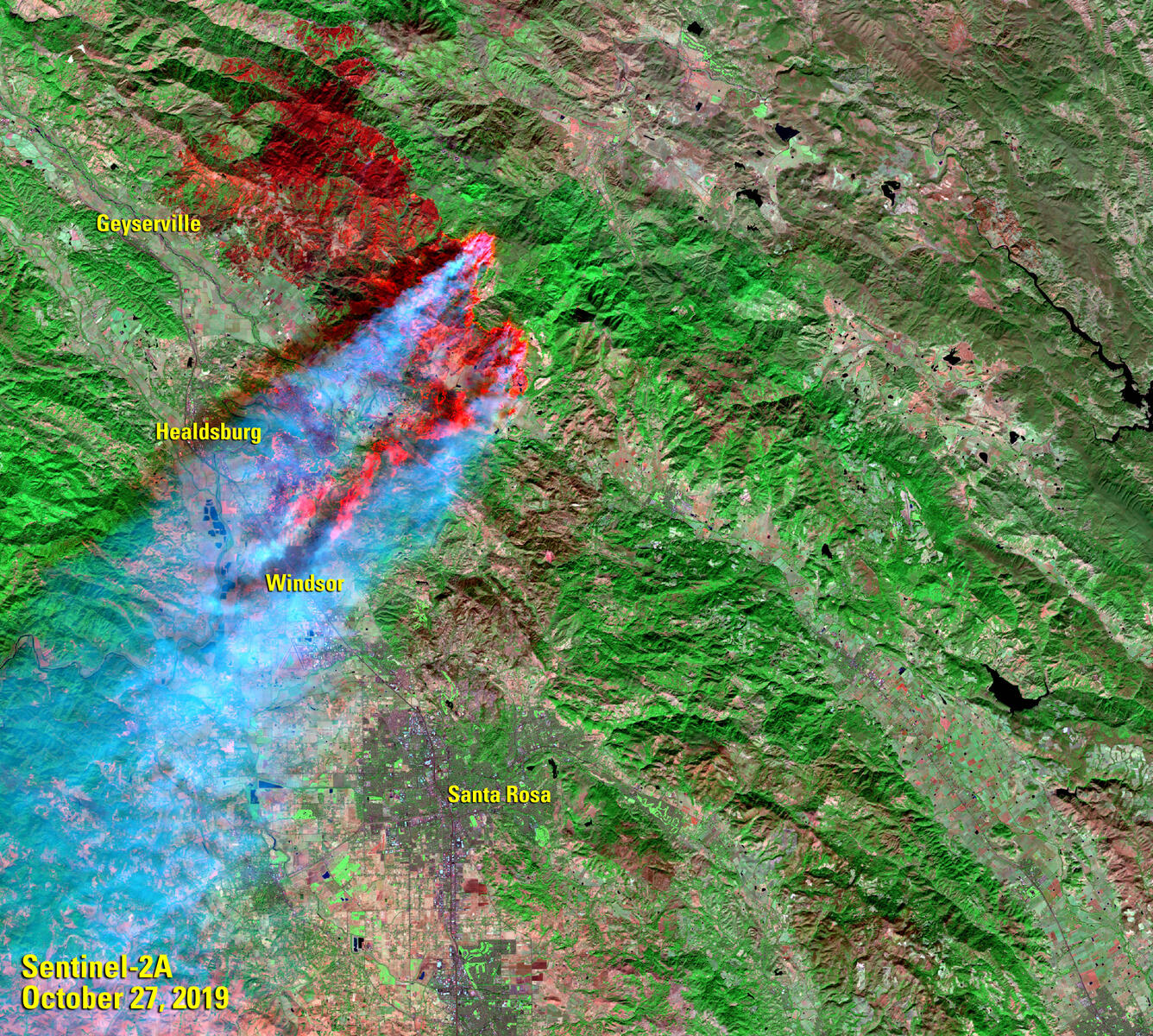 Winds exceeding 100 miles per hour spread California’s Kincade Fire at an alarming rate. The fire started on October 23, 2019, and had burned 74,324 acres just north of Santa Rosa, CA, by the evening of October 28.

The European Space Agency’s Sentinel-2A  satellite captured an image of the fire on October 27. Strong wind from the northeast is evident as smoke billows from the fire toward the Pacific Ocean. Bright spots reflected by the shortwave infrared correlate with heat. Note the urban area of Santa Rosa just south of the burn scar. Evacuation zones include the entire towns of Geyserville, Healdsburg, and Windsor, and the northern part of Santa Rosa.

The strong winds were creating smaller isolated fires, seen as a spotty pattern of hotspots in the image.

Sentinel imagery is distributed at no charge through https://earthexplorer.usgs.gov