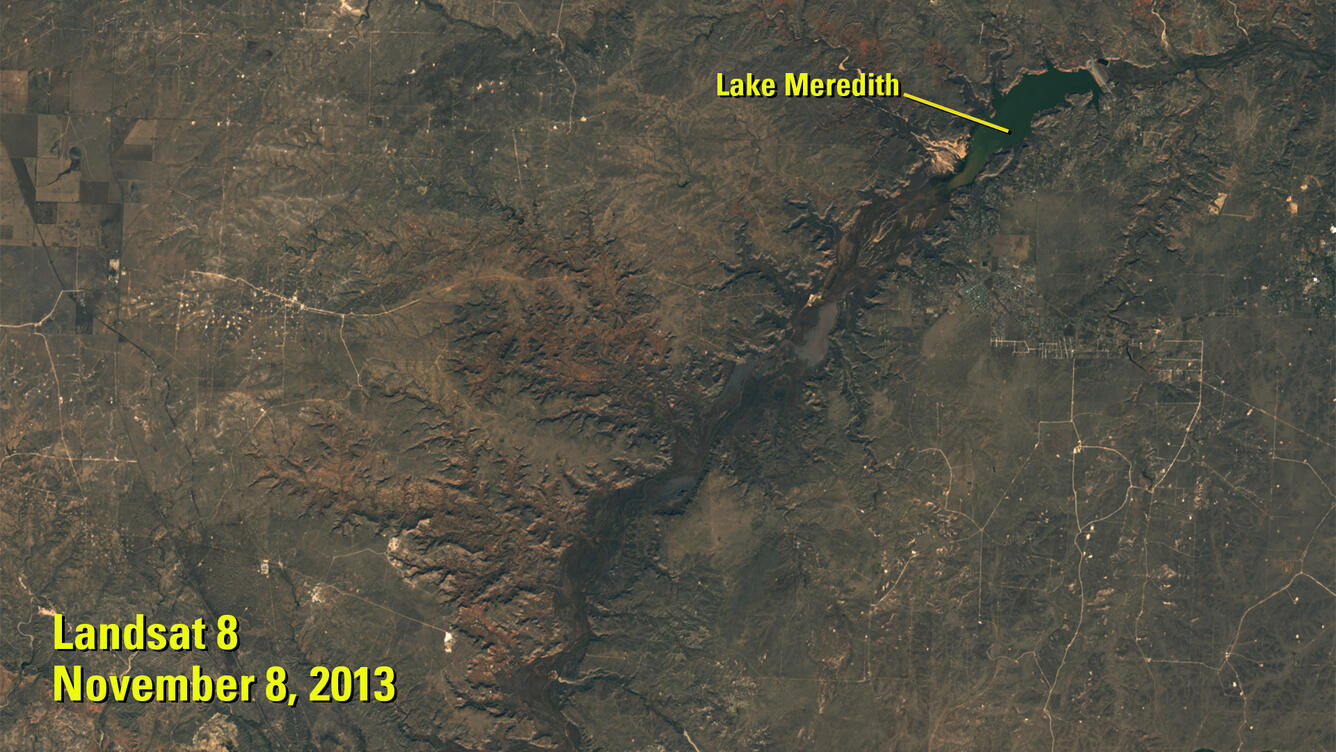 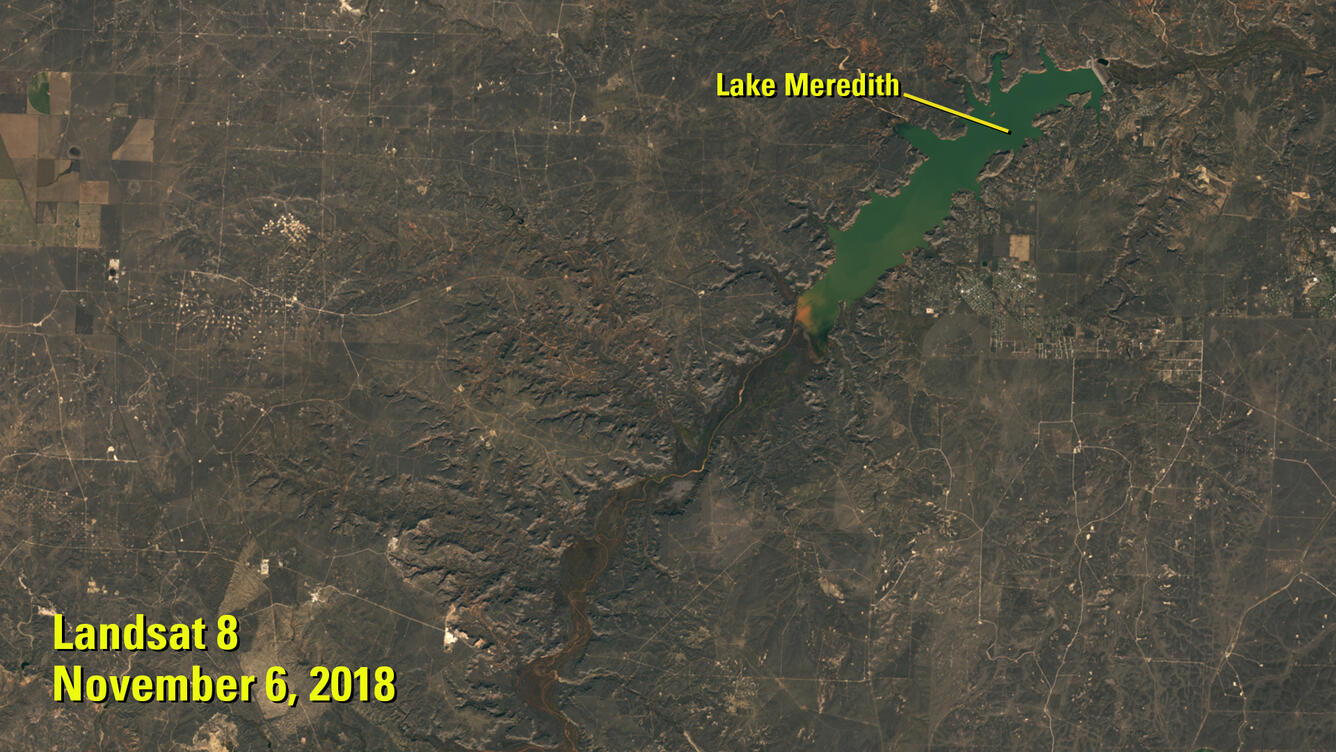 The 10,000-acre reservoir is the largest lake in the Texas Panhandle and the primary draw for those visitors, but visitor counts shrank as water levels dipped during more than a decade of drought.

These Landsat images highlight the water’s return. Each image was captured in November and rendered to reflect natural color by using bands 4, 3, and 2 of Landsat’s Operational Land Imager.

The 2013 image shows the lake as a green blot on an otherwise browned late fall landscape. The northeast tip of the lake runs up against a dam that separates it from a parched Canadian River. The lake more than doubles in size in the 2018 image, and trickles of green water from the Canadian River are seen meandering northeast from the lake.

Landsat satellite imagery can be a useful tool for monitoring and characterizing natural and manmade change. Landsat imagery is available at no cost at earthexplorer.usgs.gov.