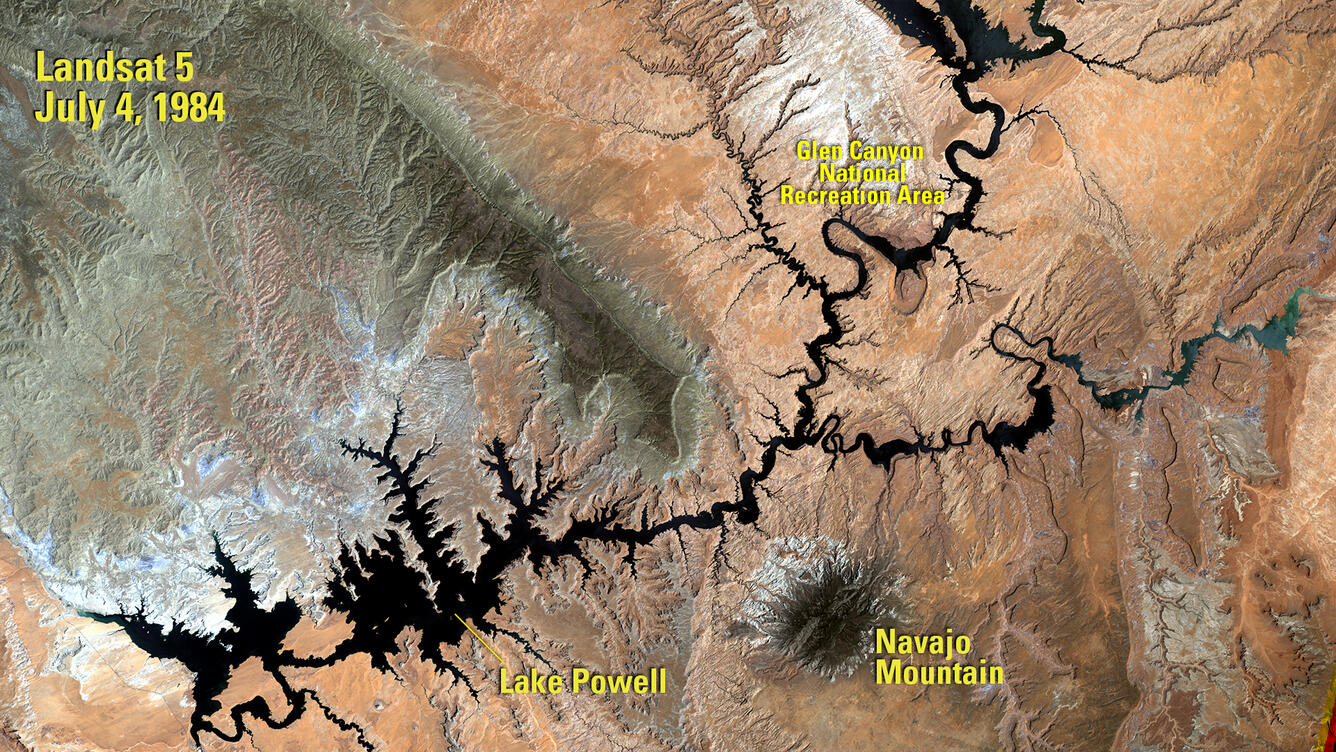 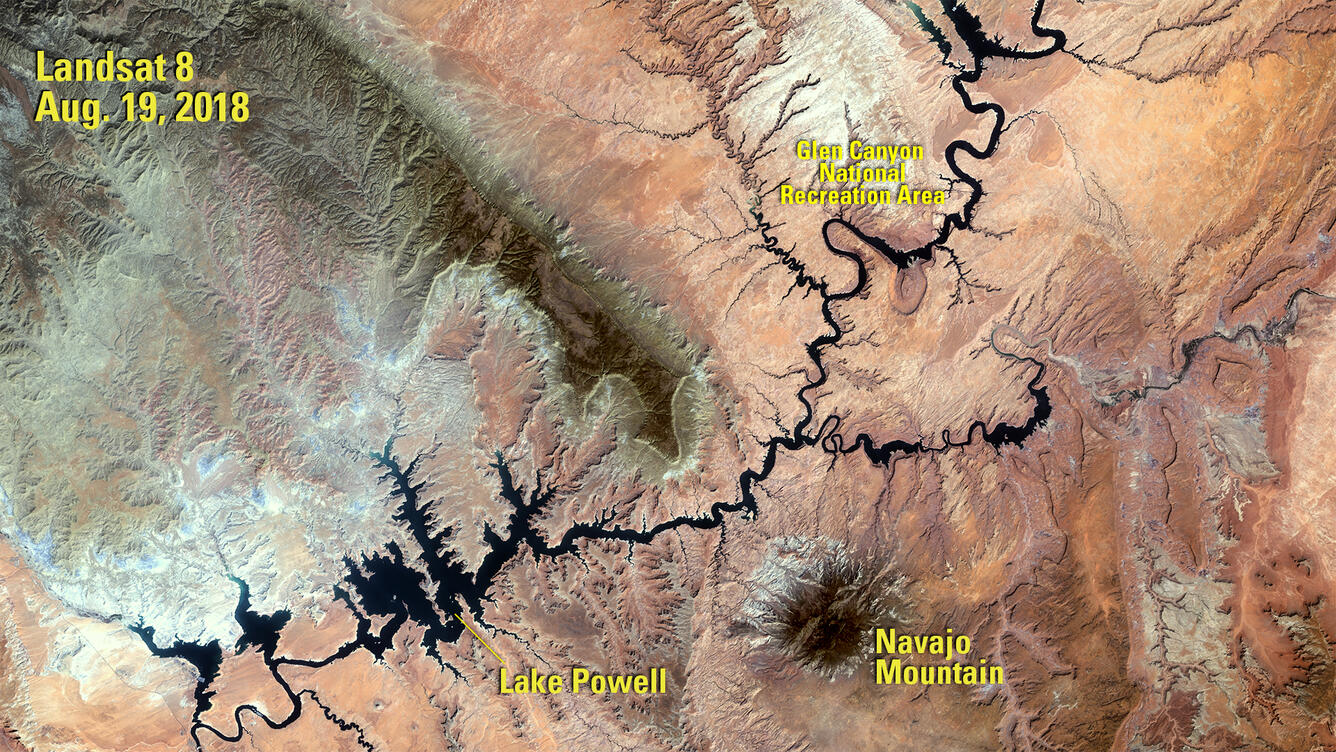 This year is the 150th Anniversary of John Wesley Powell’s expedition to explore the Colorado River, a 1,450-mile long waterway that runs through the Western United States and into Mexico.

The man who would go on to become the second director of the U.S. Geological Survey led a team of 9 on a three-month journey that started at the Green River in Wyoming and moved south into the Colorado, eventually traversing the Grand Canyon and ending in present-day Nevada. The mapping journey was a precursor to navigation and alteration of the river, and it served to usher in an era of Western migration.

Since 2000, however, the Colorado River Basin has been in an extended drought. During the period between 2000 and 2018, the inflow of water into Lake Powell was above average in only four years. As a result, Lake Powell was at less than half capacity in January 2019.

The highest water level recorded was in July 1983. The first Landsat image in this pair shows the lake one year later, in 1984. The banks of the lake and river are swollen in every direction across the semi-arid landscape. The second image shows the lake in August of 2018, a scene that typifies the water levels present during the drought.

For more information on the changes to Lake Powell, visit our Earthshots page.