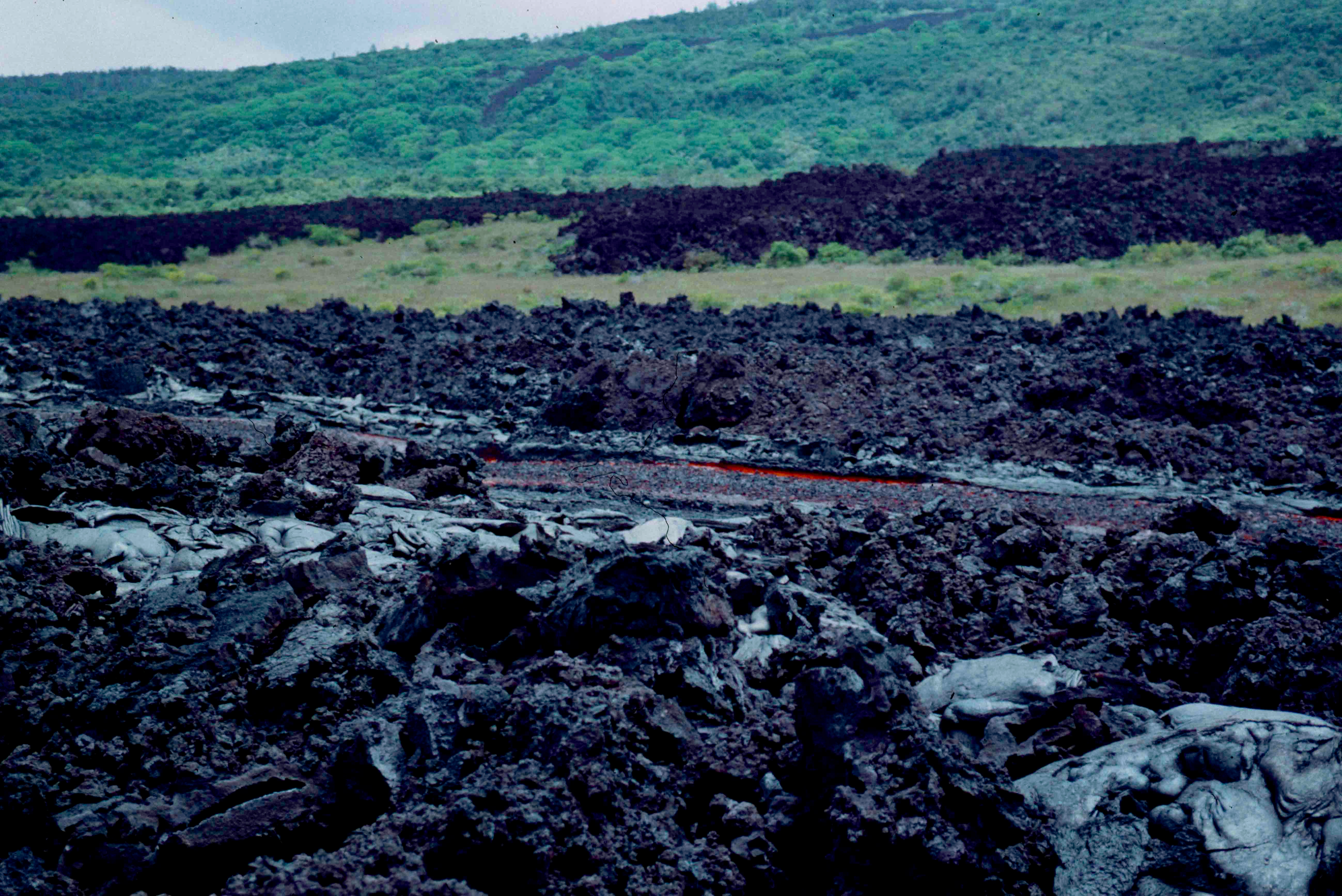 An a'a' channel near the Royal Gardens subdivision on Kilauea Volcano, Hawaii. The flows in the background are from the 1980s. Note that the flow level is below the levees and the pahoehoe overflows emplaced on top of the a'a'.