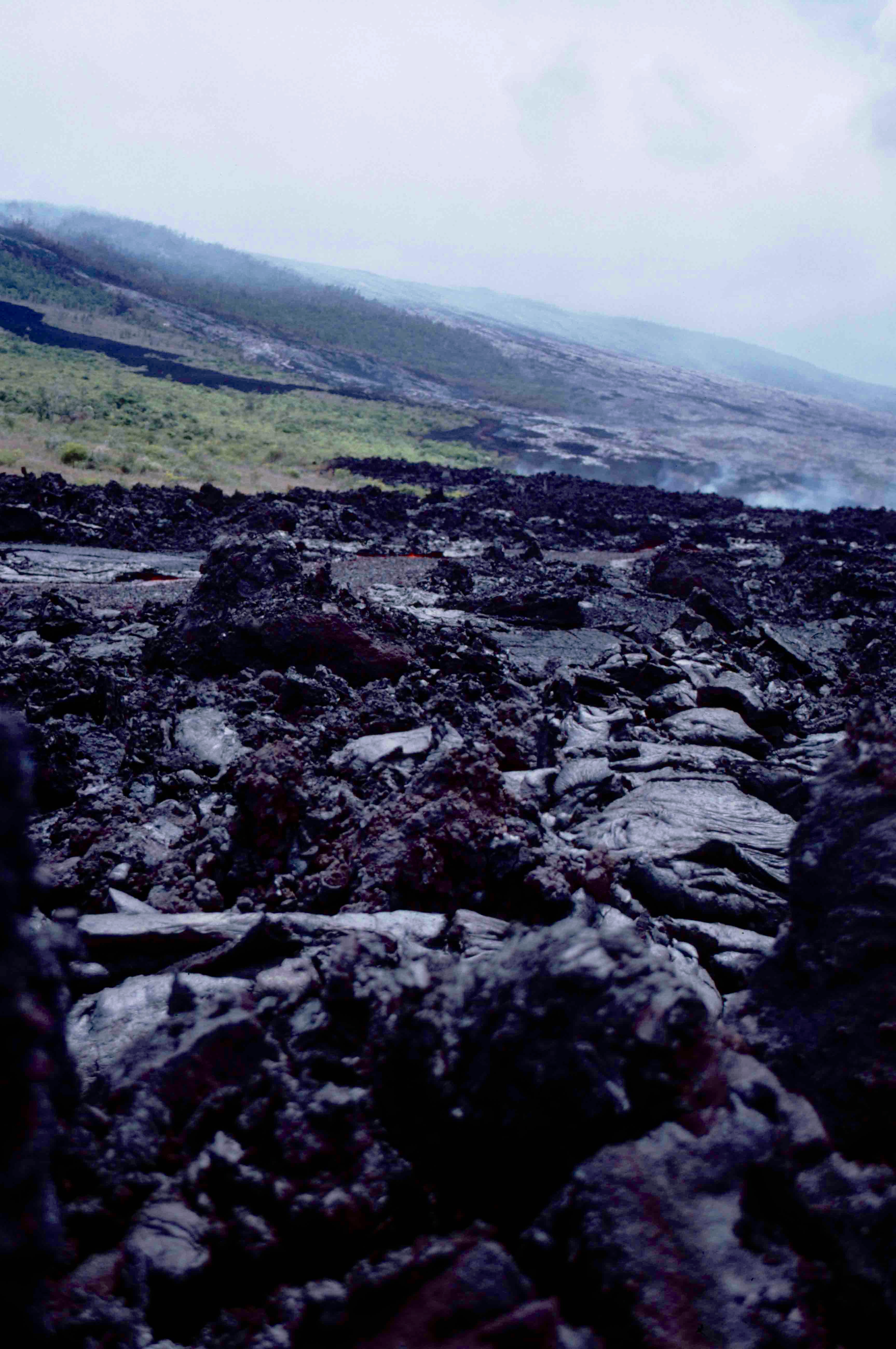 Detail of levee on an active channelized aa flow. Note the pahoehoe overflows in the levees and the level of the active flow below the tops of the levees. This lower flow level is not allowed in the commonly used "Bingham" model of lava flows.