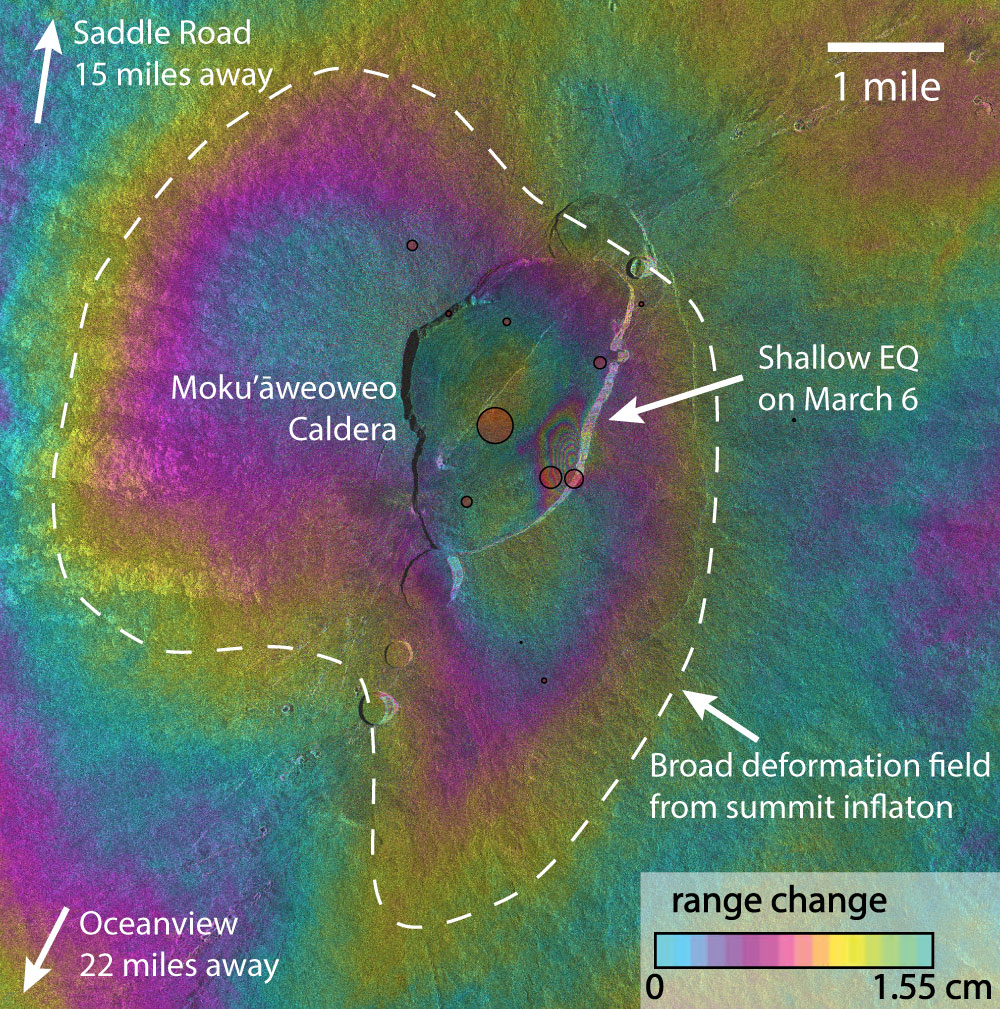 This image of the summit of Mauna Loa Volcano is derived from satellite-based interferometric synthetic aperture radar (InSAR) and is called an interferogram. Each cycle of colors from blue to green represent a change in the distance between the ground and the satellite (range change) of 1.55 cm. Interferograms are constructed from radar images taken on two different dates and show the amount deformation that occurred between the two acquisition dates. This image shows the overall inflation of Mauna Loa’s summit that occurred from November 2020 to March 2021. It also shows several fringes (color cycles) consistent with subsidence inside Moku‘āweoweo caldera and related to a shallow earthquake that was recorded on March 6, 2021. The red circles show the locations of earthquakes associated with that event as determined by HVO’s seismic network. Recent contraction that has been recorded on summit GPS stations has not yet been identified in any interferograms. For more information on InSAR at HVO, see Volcano Watch article "Reading the Rainbow" [https://www.usgs.gov/center-news/volcano-watch-reading-rainbow-how-inte…].