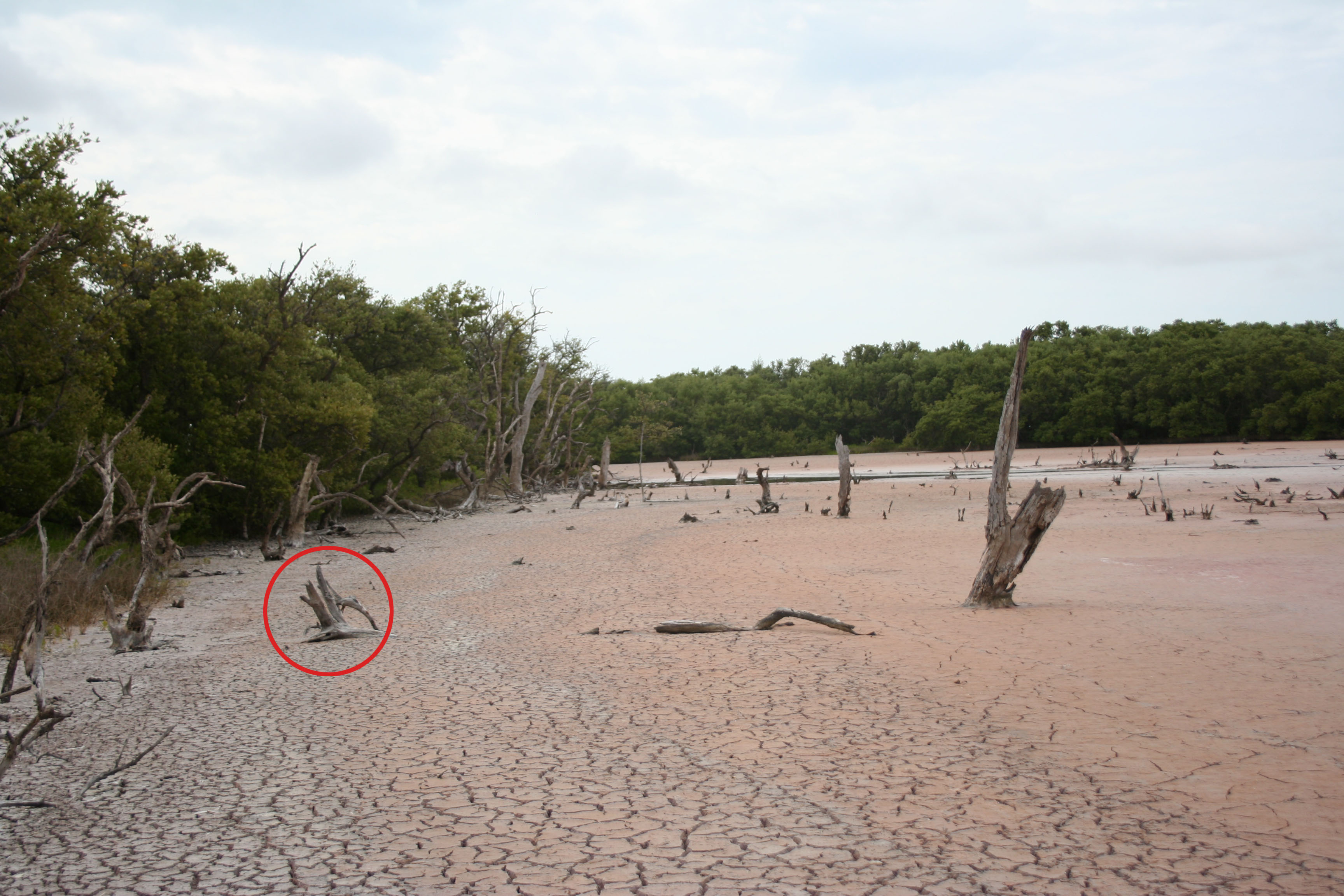 In Photo: View south/southeast along eastern shoreline in April 2014 shows a dense berm of mangrove trees.  The bay is not visible.