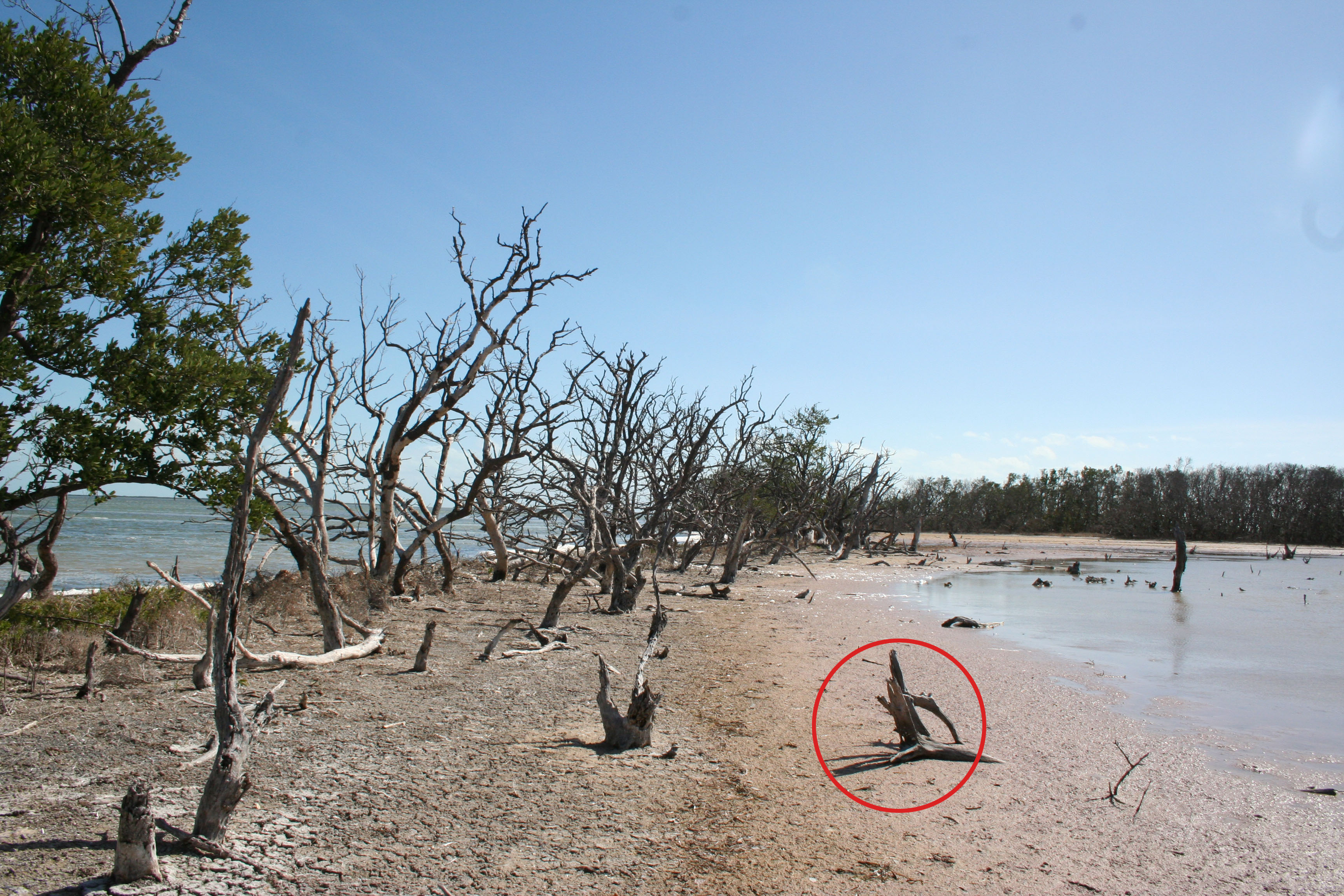 In Photo: The red circle indicates the same position as shown in the April 2014 photo.  The mangroves have lost all their leaves and the berm is significantly thinner following the storm.