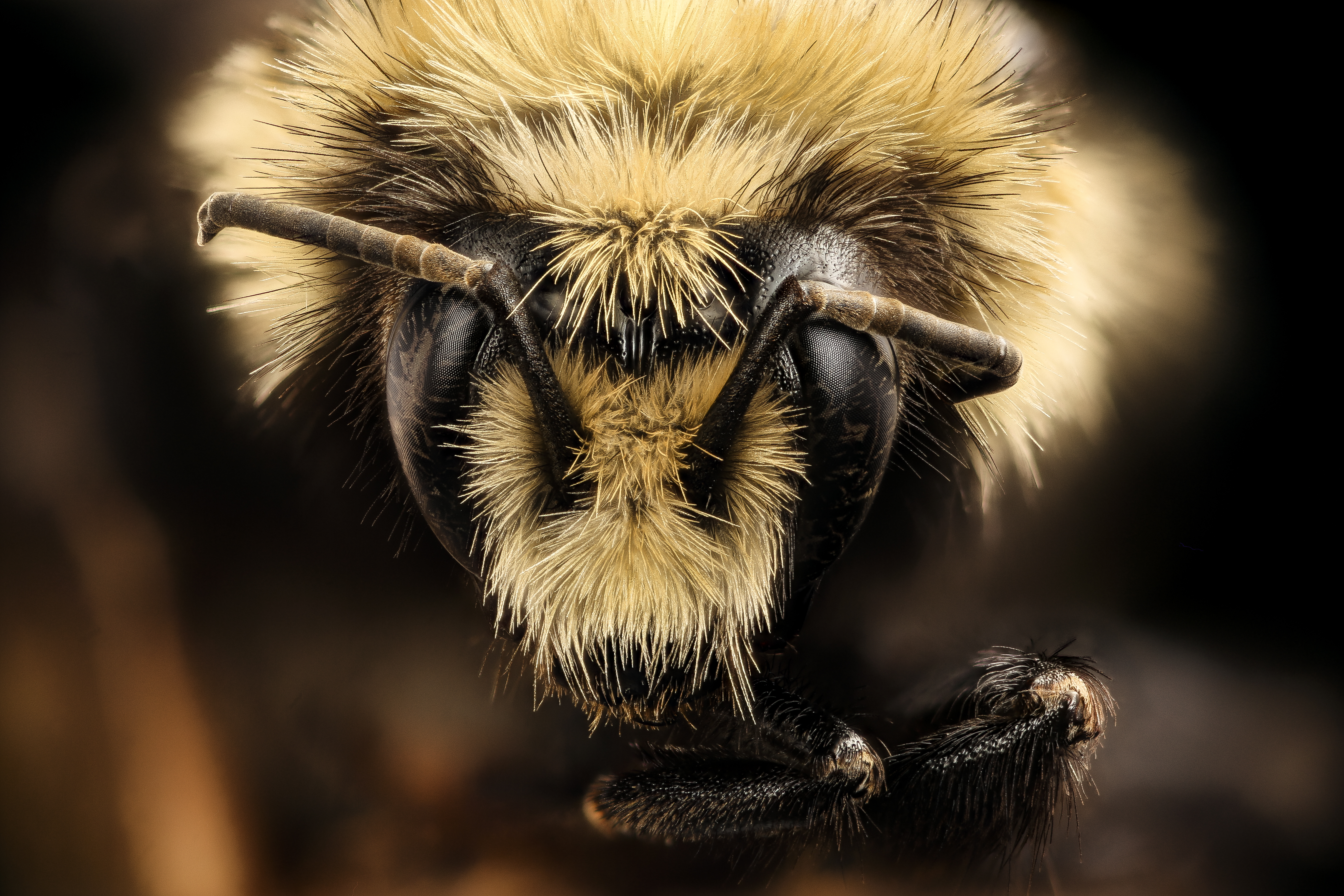 Bee of Yosemite. This is Bombus bifarius, a male (see all the yellow on the face shot? that is a good indication of a male bumble bee....not all species show this pattern, but it is a general trend. Females tend to have a nearly all black face with perhaps a topknot of yellow hairs, but I digress). Our friend here is a Western species, common in wetter meadowy areas, usually at higher elevations. Prairies, deserts, and sage flats are not its thing. Collected as part of Claire Kremen's study of the post fire landscape of Yosemite National Park. Picture by Anders Croft. Photography Information: Canon Mark II 5D, Zerene Stacker, Stackshot Sled, 65mm Canon MP-E 1-5X macro lens, Twin Macro Flash in Styrofoam Cooler, F5.0, ISO 100, Shutter Speed 200 USGSBIML Photoshopping Technique: Note that we now have added using the burn tool at 50% opacity set to shadows to clean up the halos that bleed into the black background from "hot" color sections of the picture.