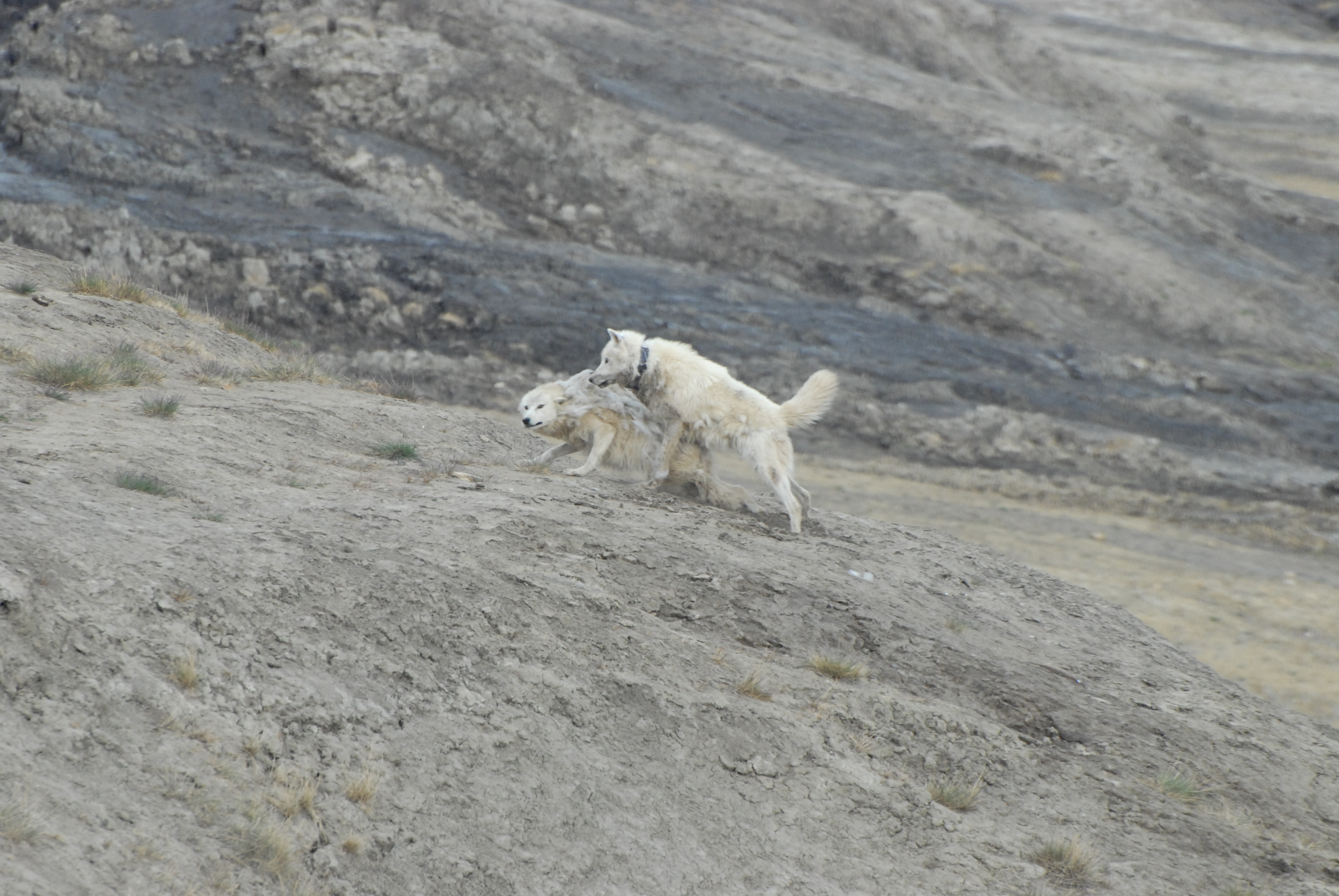 A couple of hours after being immobilized for collaring, Brutus, a wolf being studied by USGS scientists, appears to have fully recovered. He returns to his pack mates and demonstrates dominance behavior over a younger male wolf. Note that Brutus has a stiff, aggressive stance and upright tail, while the younger male cowers.

Environment and Natural Resources Government of the Northwest Territories