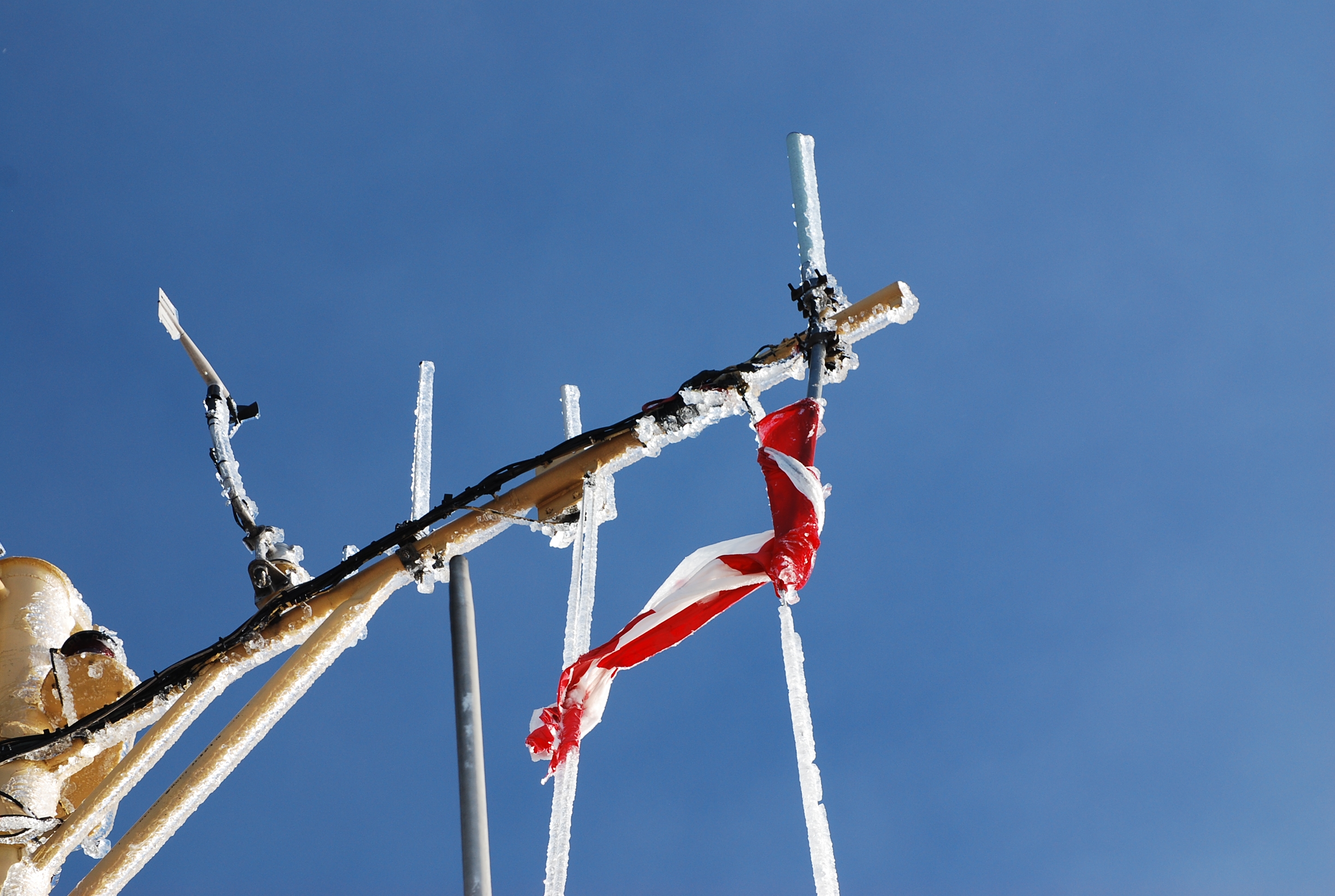 Fog is common near open-water leads in the Arctic Ocean, and leaves ice everywhere aboard the ship.  A clear blue sky is a bright background to show the thick ice left after the fog lifted.