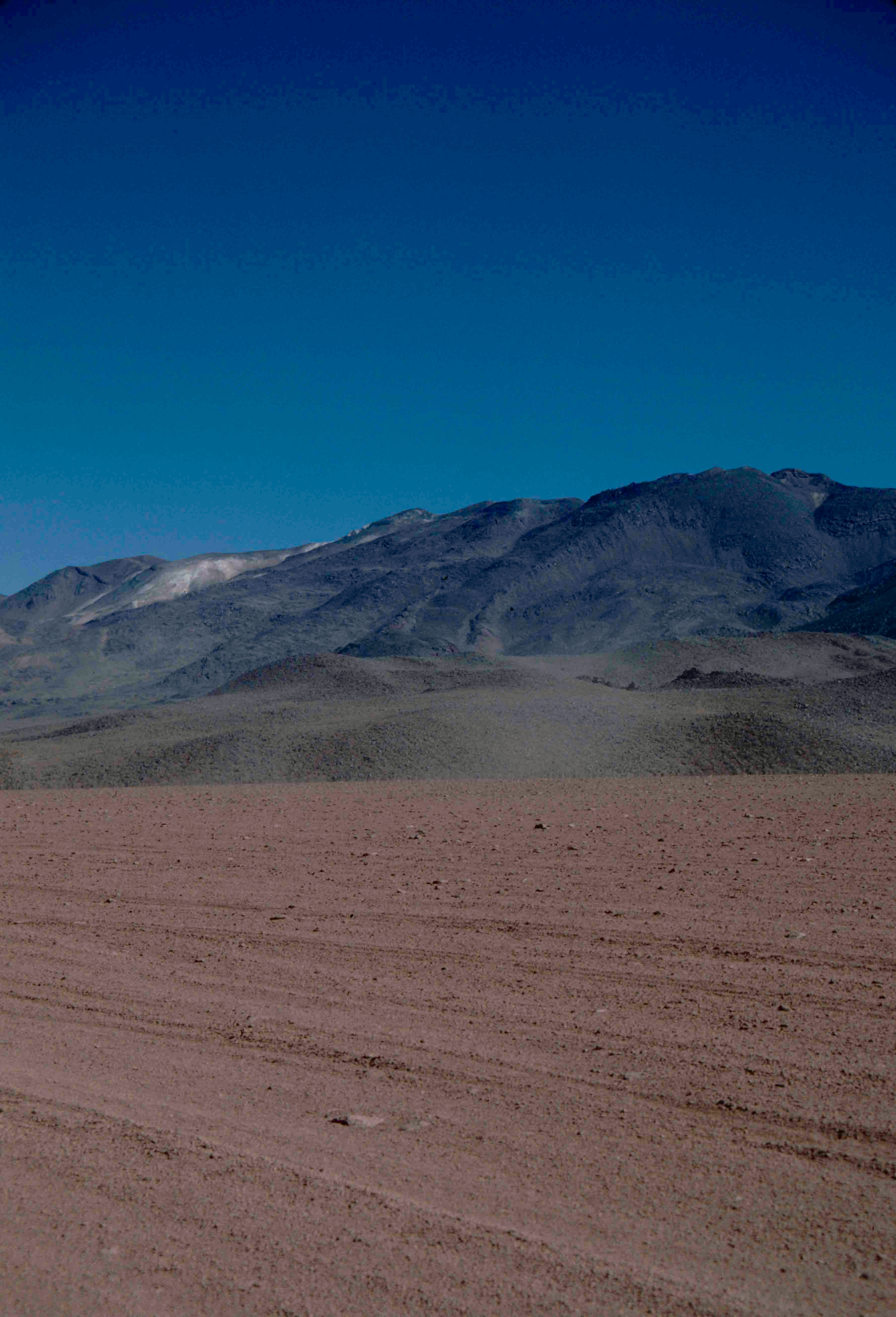 A crystallized dacite flow in northern Chile. Dacite is extrusive and the volcanic equivalent of granodiorite.