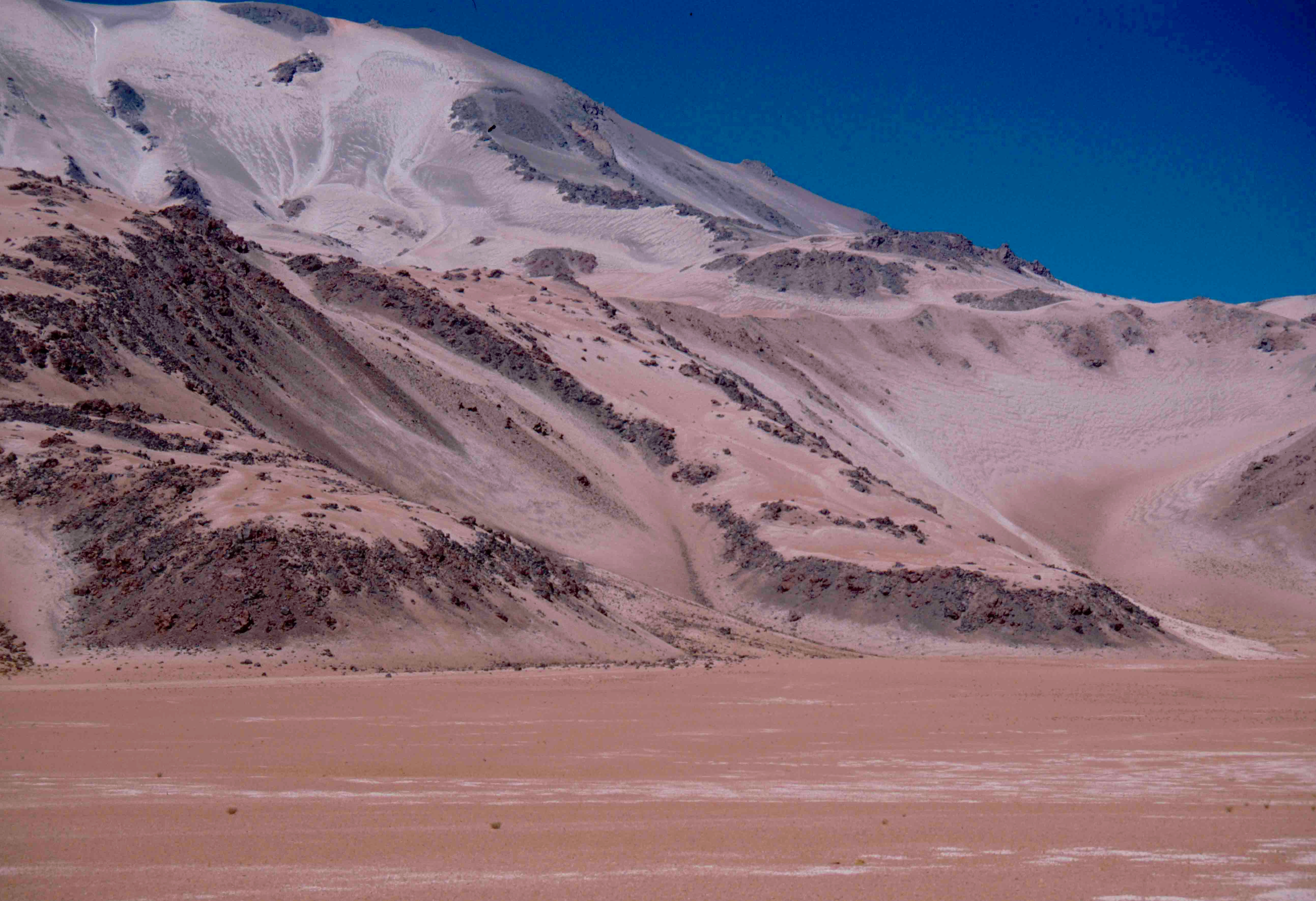 Channelized flows on Socompa. Socompa is a large stratovolcano on the border between Chile and Argentina, the youngest of a chain of volcanoes that runs northeast to southwest.